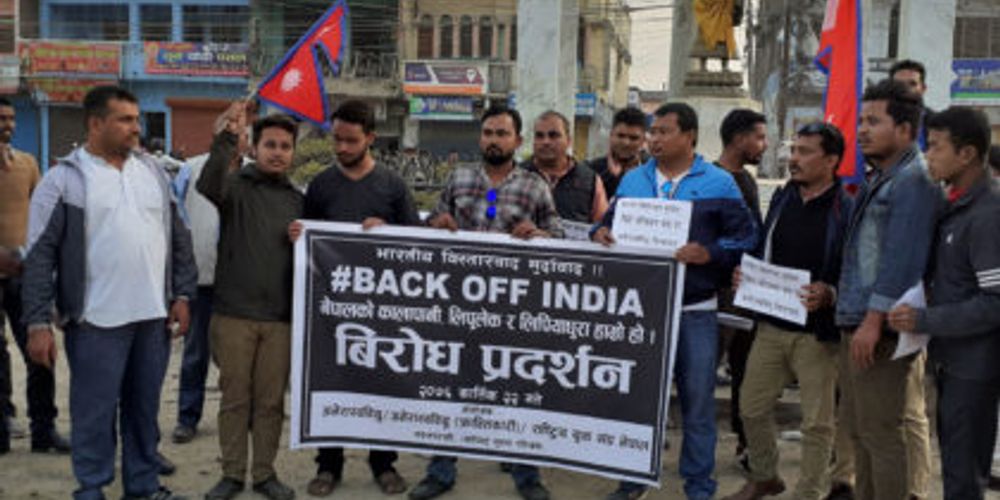 In a surprise and unusual move, on November 9, Prime Minister KP Sharma Oli ordered his key aides including his chief advisor, foreign policy advisor, and press advisor to resign. Sources at the Prime Minister’s Office (PMO) say the aides were told that PM Oli was dissatisfied with their performance, and that all aides except Rajesh Bajracharya, Oli's personal assistant, would step down in the coming few weeks. The move came a week after the PMO changed governors of all seven provinces.

PM Oli is also working on a Cabinet reshuffle. It is unclear whether these reshuffles and reassignments of personnel are in response to criticism of the government for falling short of delivering on lavish promises of development and prosperity, or are driven by the PM’s highly individualized—some critics say erratic—style of decision-making.

The Oli government had long contested the legality of these appointments, made by the former Nepali Congress (NC) government led by Sher Bahadur Deuba after the left alliance emerged victorious during the federal and parliamentary election on January 17, 2018. The appointments were made between the election and the formation of the new government. NC spokesman Bishwa Prakash Sharma said that the mass dismissal of governors without any explanation demonstrated extreme partisanship.

Social reformer Dr Govinda KC, who has been on a fast unto death in Dadeldhura since November 4, has refused to end his 17th hunger strike until his demands are addressed. Dr KC, who has long sought greater government investment in better quality and more affordable medical education and health care, has put forward a seven-point list of demands that calls for stringent regulations to check the growing commercialization of medical education and health care. Dr KC began this particular strike a day after the government appointed senior cardiologist Dr Bhagawan Koirala as chair of the Nepal Medical Council, and the incumbent Chairman Dr Dharma Kanta Baskota as vice-chancellor of Tribhuvan University.

Prime Minister KP Sharma Oli is reportedly consulting his personal physicians and expert doctors to decide whether to remain on dialysis or to have a second kidney transplantation, the daily Republica reported citing anonymous sources.  Oli, who underwent a kidney transplant around 12 years ago, has undergone dialysis three times since he was rushed to the Dhapasi-based Grande hospital October 30.  In August, the PM spent more than three weeks at Singapore’s National University Hospital to treat kidney-related ailment.

On November 6, the Ministry of Foreign Affairs ( MoFA) on Wednesday said its “attention [had been] drawn to news reports and commentaries on [the] newly unveiled political map of India” that depicts the Kalapani area of Nepal’s far-western region bordering India’s Uttarakhand as part of India.

“The Government of Nepal is clear that Kalapani area is an integral part of Nepal,” MoFA said in a statement.

On social media, the hashtags #Kalapani and #BackOffIndia are trending, and thousands of Nepalis, including students, have been protesting across the country since The Kathmandu Post first ran a story on November 4 about the maps issued by the Survey General of India to show show fragmentation of  Jammu and Kashmir, following the abrogation of Article 370 of the Indian constitution.

The spokesperson for India’s Ministry of External Affairs (MEA), Ravish Kumar on Thursday told media that “the new map has in no manner revised our boundary with Nepal.” The tri-junctions at Kalapani and Lipu Lekh, where the borders of Nepal, China, and India meet, have been a source of recurring disputes between Nepal and India since 1947.

On November 9, an all-party meeting called by Prime Minister Khadga Prasad Oli at his residence in Baluwatar unanimously decided to raise the issue with the government of India’s prime minister, Narendra Modi. The meeting was attended by opposition leaders, former prime ministers and foreign ministers, and border experts, among others.

The Kathmandu District Attorney’s Office (DAO) has sought a full prison term of five years for former House of Representatives Speaker Krishna Bahadur Mahara, who is charged with attempted rape. This is the maximum sentence set out in the Muluki Ain, Nepal’s national and civil code. If found guilty, Mahara could face an additional 2.5 years for committing a criminal offense while holding public office. On November 4, Mahara was sent to Dilli Bazar jail, where he will remain until the court reaches a final verdict.

Mahara is charged with sexually assaulting a former subordinate at her apartment in Tinkune on September 29. He denies the allegations.

Mahara resigned on October 1 after the woman, reported to be a “family friend,” alleged that he had raped her. She subsequently changed her statement a couple of times and later told the court that she had been forced to do so under police pressure.

The prosecutors have presented a spectacle lens and an insole allegedly belonging to Mahara, fingerprints on a bottle of whiskey he is alleged to have taken to the woman’s apartment and CCTV footage confirming his presence in Tinkune at the time of the crime. Mahara has refused to undergo a DNA test or give a blood specimen, citing medical reasons.

Aalam and ten others on trial for life

Government prosecutors on November 4 filed a murder case at the Rautahat district court against Nepali Congress (NC) House of Representative MP Mohammad Aftab Aalam and ten others, and demanded life imprisonment for them, charging them with murdering as many as 23 people in the run-up to the first Constituent Assembly (CA) elections in 2008. Other defendants in the case include Mohammad Mahtab Aalam, Mohammad Mobin Aalam, Shekh Bhadai, Shiekh Seraj, Shekh Fajlehak, Sagir Alam, Shekh Malakar, Gauri Shankar Sah, Badri Sahini, and Mukti Shah.

In a 39-page chargesheet, the Rautahat District Attorney’s Office (DAO) has accused them of forcing 22 of their own party’s cadres and supporters—some of them still alive—into the furnace of a brick kiln, reportedly to destroy evidence. The incident occurred after improvised explosive devices (IEDs) allegedly being constructed and stored at Alam’s cottage in Rajapur, Rautahat to influence the outcome of the election, accidentally detonated, killing at least 14 people. The charge sheet is based on an 800-page report that police prepared based on field reports, the testimonies of at least 17 persons including eyewitnesses, victims, villagers, workers at the brick kiln, and police officials involved in the investigation including former Inspector General of the Nepal Police Om Bikram Rana. Aalam has hired several high-profile lawyers including senior advocate Sambhu Thapa and Raman Shrestha, a former Attorney General, who is also defending former Speaker Krishna Bahadur Mahara.

Aalam, who served as minister in four different governments that came to power since 1990 including Labour minister in then UML-led government of Madhav Kumar Nepal from 2009-2011, rejects the charges and says they are politically motivated. Other accused have reportedly gone on hiding since Aalam’s arrest on October 13.

25 candidates in race for Kaski-2 by-election

Bidya Bhattarai, the widow of the late Minister for Culture, Tourism and Civil Aviation, Rabindra Adhikari, and 24 others have filed their candidacy from Kaski-2, the only vacant seat to the federal assembly up for grabs in the November 30 by-election. Adhikari occupied the seat until his death in a chopper crash in February. By-elections are being held for 52 posts including three members to Provincial Assemblies, three chiefs and a deputy chief of rural municipalities, one mayor, and 43 ward chairs in 37 districts.