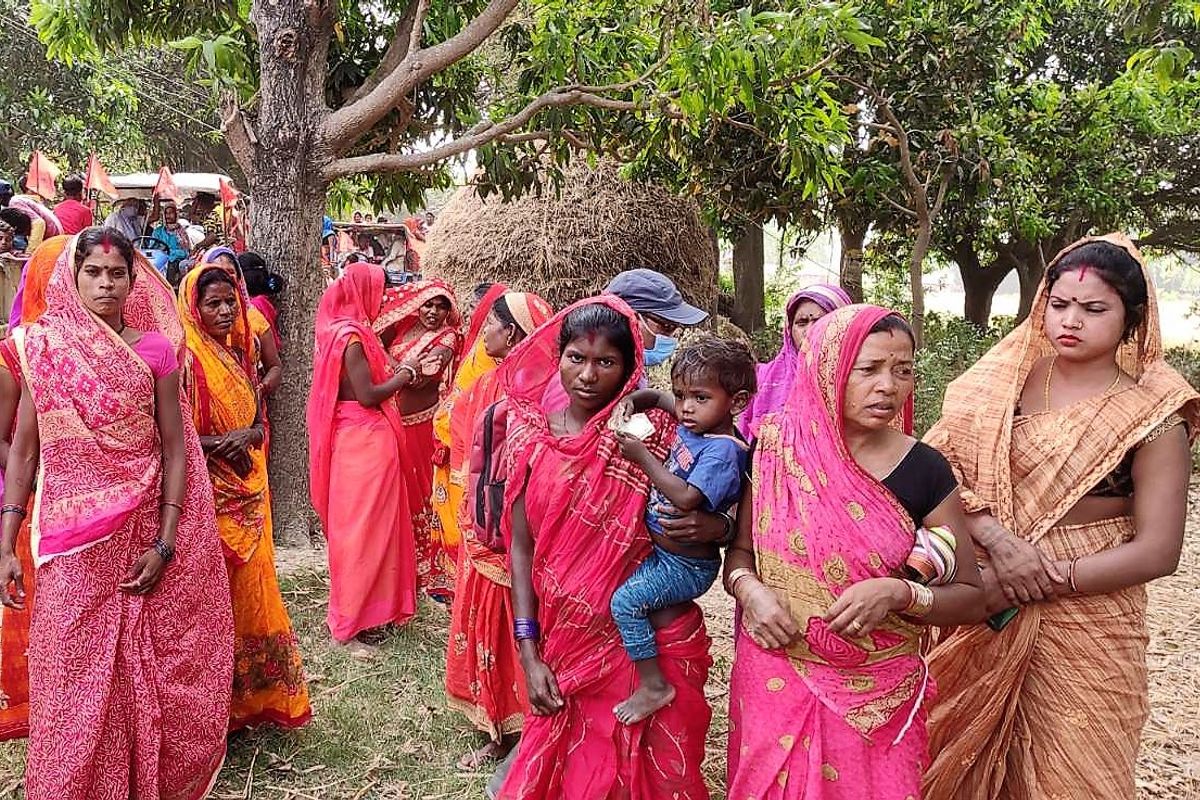 JANAKPUR – Taiyab Mansuri, a resident of Parsa village in Mahottari Rural Municipality-1, drives an auto-rickshaw from Janakpur to Jaleswar every day. In his rickshaw, he listens to the news daily, keenly following the upcoming local elections.

“I’m not affiliated with any political party. I am just a voter,” said Mansuri, who has been driving his rickshaw and working in Nepal for the past six years. Before that, he used to work in Saudi Arabia, where he worked for 15 years doing labor work. He returned home in 2015, the year Nepal adopted its new federal political setup as envisioned in the new constitution. He was enthusiastic about the changes the country was going through and decided to stay back in the hope that development would finally make its way to his village. In the last local elections, he voted for Madhes-based political parties.

But in the last five years, his mind has changed. He is no longer optimistic and has no faith in the parties.

“This time, I have decided I will not vote for a party but for a given candidate's capacity,” said Mansuri.

When the Madhes Movements erupted in 2007-2008 and in 2015, people expected the parties that led the movements would bring change to the Madhes in terms of development, education, health, agriculture, and employment. The movements instilled faith in the people regarding the political parties, which showed in the 2017 local elections.

Five years since the last elections, these political parties have little to show in terms of uplifting the living standard of the people in the province.

Mahadev Saha, a political analyst and head of the Softech College in Lahan, said that voters are disappointed and resentful.

“The people are not satisfied with the outcomes of the Madhes movements. They are now looking for a party that can lead the government in upcoming days,” Saha said.

According to Saha, locals don’t believe that Madhes-based parties like the Janata Samajbadi Party and the Loktantrik Samajbadi Party, can deliver on their promises.

Nagendra Paswan, a resident of Jaleswar in Mahottari, is also making plans to cast his vote for a different party this time around.

“We voted for them, but they did not support the people,” Paswan told The Record.

Tired of ineffective governance, young people too are stepping up. Twenty-four-year-old Dhiraj Singh, a resident of Dhanusha in Janakpur, is preparing for his independent candidacy for ward chairman.

“We had faith in the political parties and we thought they would change Madhes. But they did nothing for the people. We feel cheated,” said Singh. “So now I’m preparing for my own candidacy. And the response I have received is positive. It’s time for young people to take leadership.”

Before the Madhes Movements of 2007 and 2008, the Tarai-Madhes was long the stronghold of the Nepali Congress. But since then, that comfortable voter base had slowly been whittled away by the Madhes-based parties and even the CPN-UML, which has a strong organizational base at the local level.

But, according to political analyst Saha, the Congress is back on the cards in a big way and the upcoming local election will be contested between the Nepali Congress, CPN-UML, and Janata Samjabadi Party.

“Nepali Congress and CPN-UML are not going to lose and that may weaken the Madhes-based parties,” said Saha. In his opinion, Mahanta Thakur’s Loktantrik Samajbadi Party and the Maoist Center have the most to lose in this election.

Recent splits in the Janata Samajbadi Party and the CPN-UML have weakened both parties, providing the Nepali Congress with an opportunity. As the party that leads the federal coalition government, the Nepali Congress has been quite confident in its ability to win more elections than in 2017. The Congress was even considering not allying with any other party in an electoral alliance and going at it alone. However, the party has now decided to tie up with coalition members wherever possible.

Bajrang Nepali, a Nepali Congress leader based in Mahottari, believes that the party does not need an alliance in Madhes Province.

“We alone are strong enough to fight this election. There’s no need for an alliance,” said Nepali.

According to Nepali, despite the party’s decision, local-level party members are asking that the Congress not ally with any other party. The Nepali Congress district committees of Bara and Saptari have both decided not to form an alliance with other parties, said Nepali.

The UML, which was in a relatively weaker position in Madhes Pradesh in the previous local-level elections, is also aggressively campaigning. UML party chair KP Sharma Oli had alienated Madhesi voters with his nationalist stance that often came at the expense of Madhesis. But those slights have long been forgotten, said Saha.

“The Madhes-based parties criticized Oil and the UML, but in the end, they joined the Oli government,” said Saha. “Voters learned the reality and it increased their attraction towards Oli.”

Nepali Congress leader Bajrang Nepali agrees with Saha and said that his party’s primary competition was with the UML. Many Madhes-based party leaders and cadres have also joined the UML and that is certain to swing voters.

CK Raut and his Janamat Party have long been wildcards in Madhesi politics. An advocate for an ‘independent Madhes’ and constantly under duress from the state authorities, Raut recently joined mainstream politics. Kathmandu believes that Raut is a major factor in the Madhes but conversations with locals show that his influence is limited and his party is not likely to win many, if any, seats in government.

However, Raut does have significant support among the young and educated, who admire his political stance and dedication. This could impact the elections, especially the chances of Madhes-based parties.

Mukesh Pokhrel  is a Kathmandu-based journalist. Pokhrel writes issues on climate change, environment, social, and political. He has two decades of experience in the Journalism field.