As Nepal readies to welcome new local leaders, dialogue with residents from Tilottama in Rupandehi reveals creative ways to champion environmental programs at the local level. 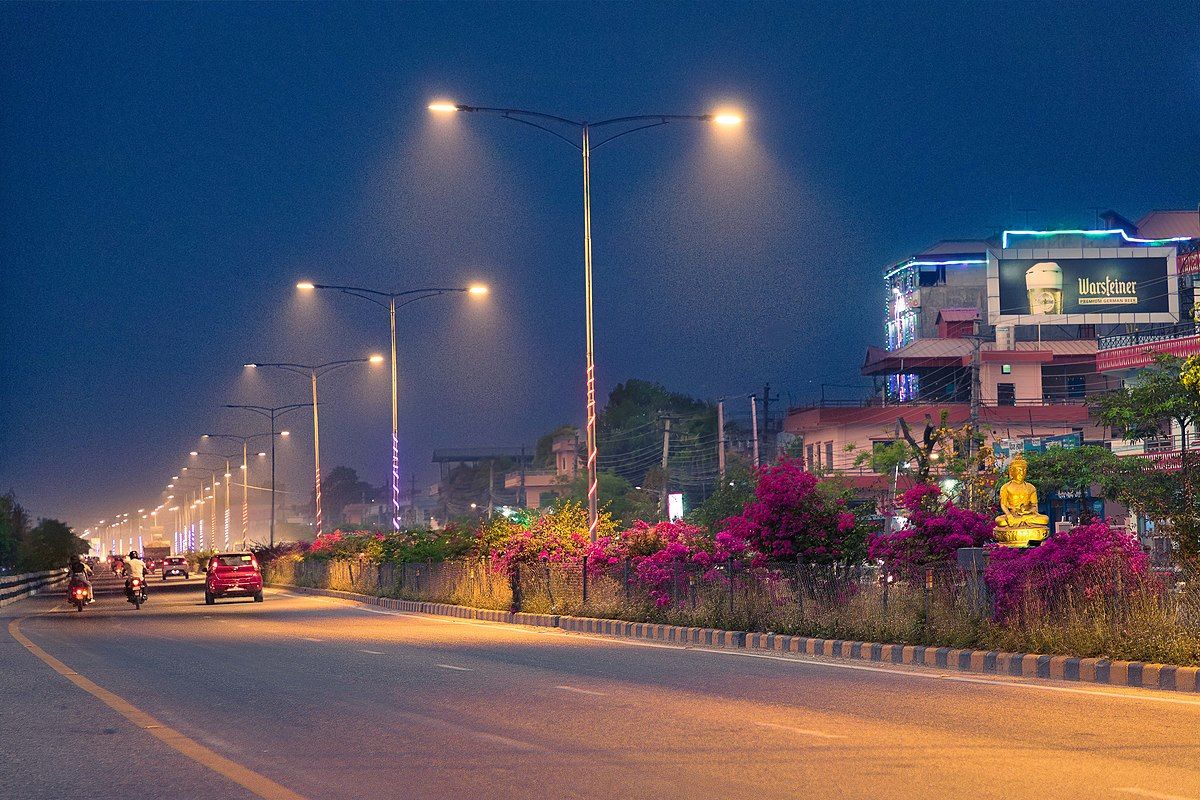 “If I start listing all the awards our municipality has won, we’d be here all day,” 14-year-old Deepika Chaudhary said with pride in her voice.

Chaudhary is one of 140,000 residents (almost certainly an outdated underestimation) of Tilottama Municipality in Rupandehi, Lumbini Province. This urban center is part of the Butwal-Tilottama-Bhairahawa tri-city agglomeration that has developed in the last decade along a stretch of the Siddhartha Highway in Western Nepal. Tilotamma did not officially exist even a year before Nepal adopted its federal governance framework with the promulgation of the 2015 constitution. Since then, it has grown substantially in many areas, including business, public services, and population count, owing to large migration in-flows. Residents I met during my weeklong stay in Tilotamma proudly shared that their young city had become a model for successful local government administration since the 2017 local elections.

Throughout the last seven years, Tilottama has seen substantial improvements in the quality, accessibility, and inclusivity of its public services in the sectors of health and education. Given that the operation of health centers and schools falls directly under the local government’s jurisdiction, this is no surprise, if claims of the leadership’s competence are to be believed. Curiously, however, I also observed several things about Tilottama that put it many steps ahead of its neighboring cities when it comes to environmental governance.

It is difficult to say where exactly environmental matters fall within our country’s federal structure. For all practical purposes, policy matters relating to anthropogenic climate change seem to be largely, if not completely, contained at the federal level. This includes bodies involved in the determination of national carbon emission targets, research hubs, knowledge production centers, and interactions with other countries and international organizations. The management of protected areas and national parks falls under the jurisdiction of the province. Meanwhile, concerns associated with local health and sanitation fall under the jurisdiction of local government units.

It is thus difficult to blanket ‘environmental governance’ neatly on either of the three government tiers. Whatever its local jurisdiction limitations, the Tilottama government, however, seems to have found interesting ways to prioritize a pro-environmental agenda.

“It all starts with education,” said Kalpana Gautam, a teacher at Tilottama’s most popular public school, Shree Shanti Namuna Secondary. “Climate change is the biggest long-term threat we face as a country and city. Every year, surrounding rural areas are wrecked by floods, so people are slowly waking up to the crisis.”

The constitution highlights the importance of studying local languages, history, and cultures in its delegation of primary and secondary education to local government units. “Local climate, weather patterns, agriculture, and climate change resilience should be similarly included in curricula as well,” she argued.

Gautam was also proud to add that a group of educators from around the city are in the process of writing a supplemental text to the government-endorsed social studies textbook that will include such contextualized knowledge. I was pleasantly surprised to learn that this effort was being undertaken on a purely voluntary basis.

Unfortunately, other accounts of the local leadership in education were less favorable. One concerned citizen, who chose to remain anonymous, said, “The leaders love to harp on about all the strides being made in schools. But have they told you that enrollment in the good ones is only free on paper? Parents are regularly burdened with unplanned, mandatory contribution requests to accommodate fancy programs.” A handful of other parents also informally corroborated this claim, although it would be unfair to draw any conclusions from anecdotal accounts one way or another.

On the flipside, pro-environmental efforts made by the health sector and civil society organizations are less controversial. “Credit must be given to local NGOs for coming up with creative solutions and the local government for supporting them,” said Sarita Belbase, a prominent health equity activist and board member of the Centre for Development and Disaster Management Nepal.

One such program urged citizens to leave no piece of land, no matter how small, fallow. “So much inherited land is left unused outside Tilottama by residents who have no desire to grow crops or need to supplement their incomes through agriculture,” said Belbase. “So, instead, we ran a drive focused on convincing the city’s residents to grow just one fruit or vegetable in whatever patch of soil they have at home.” Some, she reported, even grew vegetables on their balconies. “We hope to embarrass these rich landlords by showing them how profitable community gardening can be!” she said.

An unexpected but welcome consequence of this practice has come in the form of improved community relations. Belbase herself reported feeling closer to her fellow residents every year as neighborhood groups pop up both online and in-person to share, sell, or trade their seasonal homegrown harvests.

“Tilottama has been urbanizing so fast that many can’t keep track of who lives in their neighborhoods anymore,” said Belbase. “So community gardens and meetups are bringing people together.”

In the past few years, the local leadership in Tilottama has continued to add governance successes as feathers in its political cap. In May 2020, the city was declared a plastic-free zone, following a year-long cleanliness campaign. More recently, the municipal government announced plans to intensify works in education and sanitation in an effort to have it be declared the first ‘children-friendly municipality’ among the 16 local government units in Rupandehi.

Make no mistake – Tilottama is far from a perfect model of environmental governance, in policy or in practice. Areas along the Siddhartha Highway regularly top lists of the country’s worst air quality. Tilottama has also made headlines in several national controversies, including suspiciously sluggish construction projects, and plans to erect a Rs 9 billion view tower, both speculated to be connected to financial corruption. Still, its relatively proactive adoption of an environmentally friendly agenda in areas where it is not mandated by law reflects positively on the local leadership, even if it might just be performative lip service.

Nepal’s quasi-festive election season that has so strongly characterized the past few weeks is now behind us. As we re-adjust our analytical lenses with newly-elected representatives soon taking office, now is perhaps a good time to keep the momentum of optimism alive by reflecting on how the successes of areas like Tilottama can be adapted to our own local contexts.

Thanks to the Centre for Social Change and Governance Monitoring Centre Nepal for clearing the use of field notes used in this piece.

Reservoir-type hydropower projects might generate much-needed electricity for Nepal but they also come at significant environmental, ecological, and social costs.