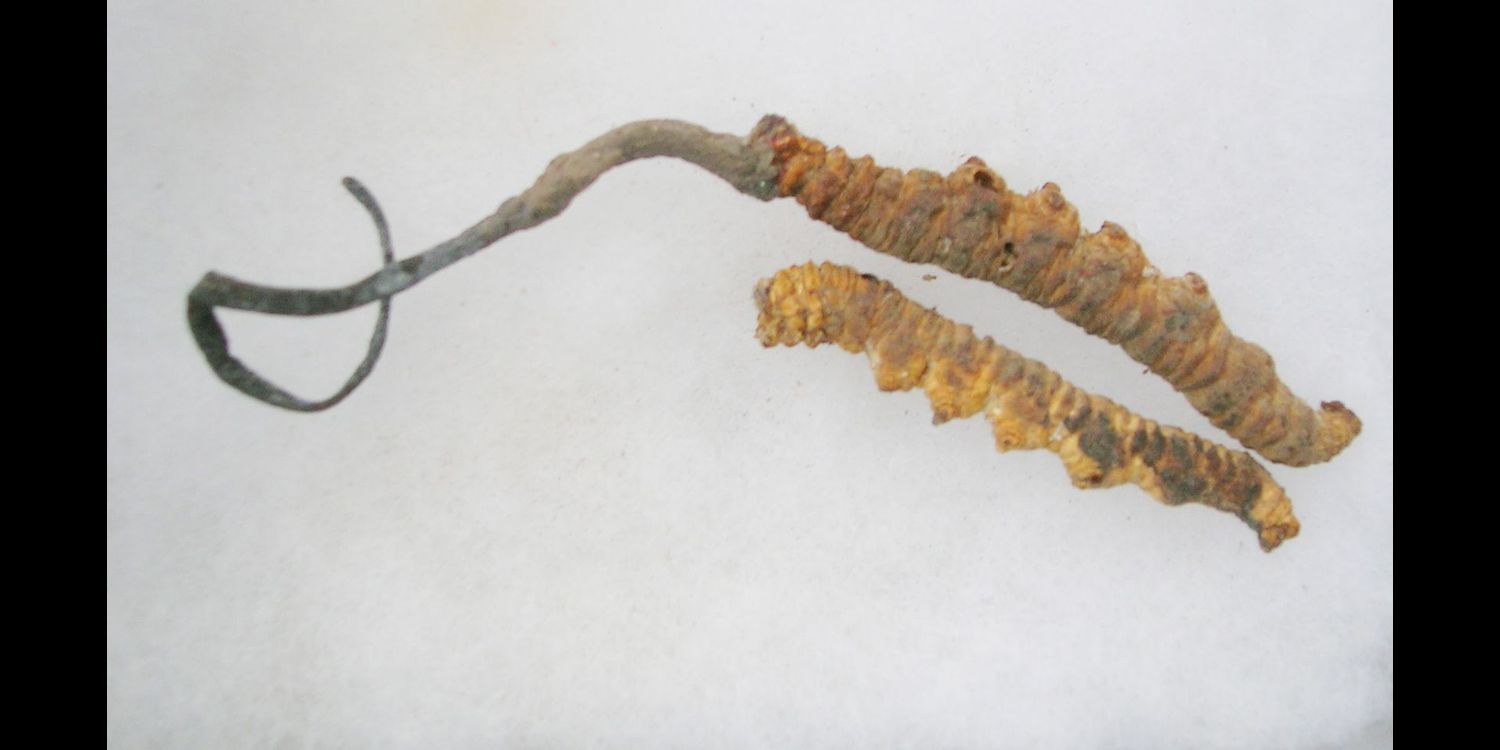 At first glance, the current appearance of Nepal’s mountainous communities looks just like that of any other year. When the snow in the lower alpine meadows melts around mid-May, the caterpillar fungus harvest season begins, and rural residents from across Nepal migrate en masse to Himalayan valleys. The search for the high-value fungus transforms villages into abandoned shells of their former selves.

The usual flurry of scooters, taxis, trucks, and buses jostling for position dissipates and narrow village roads lie trafficless; schools become eerily quiet as the regular classroom clamour ceases; haggling in marketplaces concludes, as for around two months stores are shuttered up. Manpower in rural communities shifts from villages to remote mountain sides as the harvest requires all hands, and eyes, on deck.

Rather than an exodus of people partaking in the highly rewarding harvest, however, this year’s annual rural community transformation has been caused by Nepal’s nationwide Covid-19 lockdown.

At a very early stage — after only two confirmed coronavirus cases — the government took the decision to lock down the whole country from March 24. The limitations introduced on public life included a complete ban on international travel into Nepal, even for Nepali nationals, and prohibited all public movement within the country, except for food and urgent medical attention.

Strict constraints on daily lives were rigorously enforced by local authorities not only in Nepal’s urban areas and densely populated capital, Kathmandu, but across all of its geographical regions. Similarly austere and restrictive measures were administered in the remote northern Himalayan region as well as in the Terai.

Whilst strict enforcement of these rules has reduced the rate of human-to-human transmissions and subsequently resulted in low numbers of Covid-19 related fatalities, the consequences of the restrictions may prove more damaging than the virus itself. One key measure that has been implemented in Nepal has been the banning of this year’s lucrative caterpillar-fungus harvest by local authorities in many of the country’s mountainous districts, such as Dolpa, Mustang, Mugu, and Bajhang.

Yarsagumba, as it is locally known in Nepal, is an endemic caterpillar-fungus complex native to the high-altitude meadows of the Himalayan region. The unique fusion occurs when spores from the parasitic fungus (Ophiocordyceps sinensis) infect and grow vegetatively inside the larva of a ghost moth, slowly killing it a few centimetres beneath the soil’s surface. At the beginning of Grishma Ritu — the early summer season spanning mid-May to mid-July — snow in Nepal’s high-valley alpine meadows starts to melt and the fungus prepares to sprout. The fruiting fungus ruptures out of the caterpillar’s head and breaches the soil surface, like the periscope of a submarine, enabling collectors to spot the exclusive biological resource.

Every year, hundreds of thousands of people gather across mountainous regions in India, Nepal, Tibet, and Bhutan to harvest and trade in yarsagumba. Whilst it is used in traditional medicines to treat a wide range of diseases, it is its more recent notoriety as an aphrodisiac, combined with higher income levels in its consumer markets, particularly China, that has led to dramatically increased demand and soaring prices. In fact, today, one gram can sell for as much as US$100, making it gram-for-gram more expensive than gold.

Commercial collection of this ‘Himalayan Viagra’ is transforming high-altitude livelihoods across Nepal. It has revived the trade component of Nepal’s traditional high-altitude livelihoods and is generating more economic support for mountainous districts than any government initiative ever has. In 2014-15, harvesters in Darchula sold 384kg of yarsagumba, generating US$4.7 million in profit, surpassing the district government’s annual budget by US$500,000. This income represents a critical economic resource for impoverished Himalayan highlanders, contributing greatly towards their societies’ household and community development.

At a household level, increased annual income brought about by the yarsagumba trade has enabled families in Nepal’s mountainous regions to not merely eke out a living on the roof of the world but begin to prosper as well. Households have recently been enabled to spend more money on food and children’s education, invest in livestock, land, and local businesses, as well as repair their homes and erect new structures for their families.

Meanwhile, at a local community level, regulations by communities and local authorities have been introduced in parts of Nepal to manage the yarsagumba resource. These include issuing harvest permits, taxing collectors, and monitoring harvester activities. The goal of these regulations is twofold. Firstly, the issuing of permits establishes collection records, which assist in managing the number of people registered to collect yarsagumba, as well as documenting collection rates, which thus helps monitor and conserve the fungus. Secondly, the proceeds generated from such local-level measures are then channelled through community-development activities to further Nepal’s social and economic transformation of mountainous communities. Income generated in this way has supported the hiring of teachers in local schools, established a community emergency fund, and improved local infrastructure through the construction of new roads and health centres.

Recent studies conducted by the University of Copenhagen’s Department of Food and Resource Economics have even highlighted the poverty-alleviation potential of medicinal plants, including yarsagumba, in mountainous communities. They found that income from such plants in 2014-15 prevented 43% of households in Nepal’s Jumla district from falling below the national poverty line.

However, whilst the decision to lock down Nepal may have delayed a potentially deadly Covid-19 health emergency, banning this year’s essential yarsagumba harvest has brought to the fore the looming economic and humanitarian crises for countless mountainous communities.

The global coronavirus fallout and the ensuing stay-at-home order forced the Nepali government to cancel the Visit Nepal 2020 campaign, devastating the nation’s tourism sector. The ambitious campaign aimed to attract two million foreign tourists, many of whom would be enticed by Nepal’s stunning Himalayan treks. The spring trekking season is one of the busiest and most productive periods in the Nepali tourism calendar, with myriad hotels, guesthouses, and teahouses across numerous mountainous trails booked solid for weeks at a time.

However, as a result of the global economic slowdown and the complete collapse of tourism, mountainous communities across Nepal have not only seen their potential annual economic income entirely wiped out but are now also dealing with the arrival of potentially millions of now-unemployed residents returning home from abroad.

As a fallback from the devastating downturn in tourism, many mountain residents had hoped to recoup some of their losses through taking part in this year’s lucrative yarsagumba harvest. Given the loss of tourism, the lure of potentially high economic returns, and the need to provide for a potentially larger mountainous population, this year’s harvest promised to be busier than ever. Hotspots for yarsagumba collection — locally known as patans — typically attract tens of thousands of people from across the Himalayan region to congregate; Darchula District, in far west Nepal, alone witnesses the arrival of around 35,000 collectors and traders each season.

With an eye on this influx, multiple District Disaster Management Committees decided to introduce the first collection bans on the fungus in nearly two decades. Some officials in Nepal have claimed that provincial and local governments are already struggling with an increased number of positive Covid-19 cases, likely making local officials in yarsagumba districts more risk-averse. Authorities in these areas explained that their reason for banning all harvest activities had to do with the high potential of the virus spreading amongst exceptionally large crowds gathered on steep Himalayan meadows, where social distancing rules would be impossible to implement. These local-level restrictions are in line with national government statements citing that the nationwide lockdown would become more strictly enforced and the stay-at-home order, which was further extended beyond the start of June.

Nevertheless, despite the collection ban, it is unlikely that many harvesters will stay away. Access to collection has in recent years led to numerous conflicts arising in the famously peaceful and religious region. Consistently high consumer demands has resulted in overharvesting and a decline in collection rates of the medicinal plant. The culminating combination of increased demand and decreased supply has led to turf wars over patans, which in the most extreme case resulted in several murders. Therefore, given how much is at stake and the recent history of violence over access to yarsagumba collection, this year’s ban will likely prove to be ineffective at deterring gatherings. However, even if yarsagumba is collected in some fashion this year, global lockdown measures will make it very difficult for the product to reach the market, and therefore the prices harvesters receive will likely be considerably less than expected.

Without this critical source of income, it is likely that many households in the Himalayan region will face greater food insecurity. The huge returns in medicinal plant sales has meant that households in mountainous regions, where rainfall is sporadic and arable land is unfavourably steep and rocky, have been able to purchase a greater percentage of their food and invest less effort into arduous subsistence farming. These recent changes have in many cases led to swaths of steep agricultural lands being left unploughed.

Therefore, owing to the fact that many remote yarsagumba-collecting households have converted from being food producers to food consumers, the financial impacts of this year’s ban will likely resonate deeply for many. Even before the coronavirus gripped the world, more than 30% of the Hindu Kush Himalayan region suffered from food insecurity, and around 50% experienced malnutrition.

While the World Food Program estimates that there are enough food stocks in Nepal to last until August and that healthy winter rains have benefited wheat crops, greater levels of food insecurity in Nepal this year is still a major concern. The strict enforcement of domestic movement during Nepal’s lockdown has produced a national absence of agricultural manpower that could result in diminished harvests. Immobilisation has also reduced farmers’ access to markets, causing increased costs and food shortages. Additionally, the already import-dependent Nepal is likely to suffer from the self-protective rice export ban taken by its powerful neighbour India, whose relations have been affected by recent territorial disputes.

To protect mountainous and other vulnerable communities, the Nepali government promised food relief packages; however, early reports from throughout the country revealed that this support has been insufficient and at times completely inaccessible. Faced with the prospect of poor access to sufficient food, locals in rural yarsagumba municipalities desperately began ploughing their abandoned fields and planting potatoes, millets, and beans.

Even during this perilous period, the resilient spirit of the Nepali people has already shone through, with individuals and communities working tirelessly to support the most vulnerable and marginalised in the country.

The Nepali government has been largely focused on containing the spread of the virus, but it is imperative that the most vulnerable to food insecurity are not forgotten. Though crucially important, the World Health Organisation’s key message — test, test, test — must not completely distract from the plight of thousands of food-insecure mountainous communities. The international community and the IMF have pledged foreign aid and debt relief in order to support Nepal through these troubling times. It is now up to the Nepali government to show support for mountainous and marginalised communities by continuing to strive towards the international sustainable development aims of ending hunger and achieving food and nutritional security — even during the Covid-19 crisis.