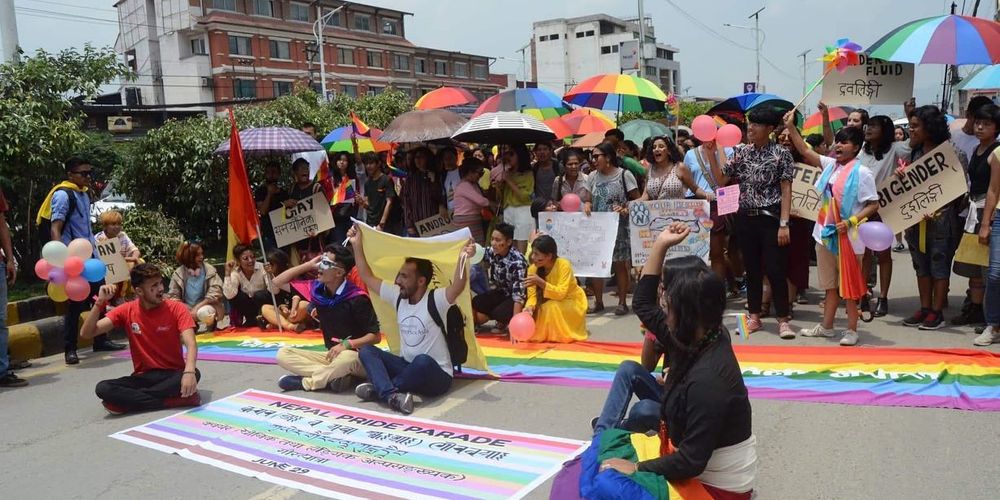 On March 11, The Kathmandu Post ran a front page report titled "Death of a transgender woman raises alarm among Kathmandu’s trans community." It began: “Junu Gurung loved to dance. She also loved to drink. And that is what led her life into a downward spiral, one she never recovered from.” I don’t know about you, but what I read is that she loved to dance and drink and those things killed her.

A cis male who was in an intimate relationship with Junu killed her by beating her. Dancing and drinking did not.

There is no such thing as a “transgender name.” It is a basic  principle of journalism to get the facts right. Instead of calling Junu by the name she chose for herself, the journalist decided to use the name that was on her government-issued ID.

As a mental health worker, I often see people at their most vulnerable. Journalists, too, get insights into other people’s lives often when those people are deeply vulnerable. Much of the news we consume captures people at moments of loss, grief and risk. We have to ask ourselves how to do no harm in these cases. Doing justice to vulnerability takes active thoughtfulness and an investment in learning.

Journalists and editors: if you cover stories of marginalised communities as your contribution to “uplifting” them, or expect to be patted on the back for being enlightened, then stop. It is wrong to think that any coverage is good coverage. As the case of Junu shows us, your attitude does not have to be actively malicious; not educating yourself is harmful enough. Read what it out there -- there are resources and primers and how-to guides. You weren’t the first to cover any story.

Reporters: whatever your editors tell you, do not “learn on the job.” With little time to study complicated issues, and little informed supervision, you rely on the people and communities you are covering to teach you. And yet, when communities do the unpaid and difficult work of teaching you, you often lack the critical skills to contextualise that information, and end up presenting distorted, half digested, or plain stereotypical and wrong views of these communities. You revert to defaults, and filter what you hear through dominant narratives. In the case of Junu, such reporting strengthened life-threatening stereotypes about the LGBTIQA+ community, and in particular, transgender communities.

It is never easy to understand and articulate the experiences of another person or community. But remember that marginalised communities do a lot of work to communicate with you, to open up and try to make you understand their stories. Be willing to learn. Be open to criticism. Do your homework.

The term cis gender denotes an individual who feels that the body they have from birth corresponds with their identity, who they feel they are, on a daily basis. Cis gender individuals make up the majority of people in the world. Another way of understanding this term is that cis gender individual “pass,” meaning that when they  walk down the street, they do not usually stand out because they look like the majority and conform to expectations. Being part of a majority carries privilege, so by saying that someone is cis gender, we are pointing to the fact that they have certain privileges that transgender or intersex people might not have.

Cis gender privilege is about power and is also differentiated between males and females. For example, if you read a news report about an “artist” or a “politician,” you will often find that the piece  assumes that that the artist is male, the politician is cis gender since the in society and media, assigning identity gives default status to those in majority (cis gender) and with power (male), unless otherwise noted. The word “normal” is also associated with these identities, when what is meant is that they are in the majority or hold power. Cis bodies are thus bodies that are aspired towards. Everyone else, like intersex or transgender individuals are  automatically labeled “abnormal.” Even among cis bodies, pale skin and thinness are privileged.

Know that gender and sexuality are not the same

Understanding that someone is cis tells you nothing about their sexuality is. A cis individual can be gay, lesbian, bisexual, and more. A cis individual may exhibit a range of gender traits that do not always conform to the restrictive gender roles set by societies, with their false binaries of masculine and feminine traits. A cis individual with a penis is put in the box of a man and is expected to have so-called masculine traits. When reporting in general about any individual, we need to be mindful about what aspect of their identity is relevant to their story. If writing about a female police officer, for example, is it necessary to note the length of her hair, or makeup, jewelry or lack thereof? Think also about whether you are writing the story to do justice to the story, and the people it belongs to, or to pander to the majority, the “normal” masses?

The Himalayan times, in their report,  decided that “Junu Gurung,” was the “trasgender name” of Jiwan Gurung, a man. This is disrespectful. For transgender and intersex people, reclaiming their identity through a new name and gender pronouns is a question of emotional well-being in a world where, due to being marginalised, if not activelty stigmatised, transgender, gender non-confirming and intersex youth have alarmingly high suicide rates. So “facts” are not neutral. They can be about upholding structurally oppressive systems -- and what was the name Jiwan to Junu if not a symbol of that -- or facts can be about the truth of a story.

When covering a story, journalists feel the need to name names. It is the scale by which a story’s  legitimacy is measured. In stories like Junu’s, #metoo stories, reports about violence, sources are named. Where violence, witnesses or people who knew the victim are often eager to speak, in the interests of justice. Yet, because they do not live in the media environment, they do not always fully comprehend the consequences of having their names on a national daily. There is also a big power differential between someone who knew the deceased, like Junu’s friends, or was a witness, and a reporter, since journalists, are commonly seen as authority figures or at least as people with power. It is the responsibility of desk editors, if not reporters, to think of the safety of these people. For example, they may not be out to their broader social network, or identifying them could put them in harm’s way if the perpetrators are afraid of the consequences of detailed news reports.

These guidelines are not always easy to remember in the rush to cover a breaking story, but every desk should have a checklist aimed at doing less harm.

I often hear that journalists are aiming to simplify these issues, that readers gloss over “complicated” explanations. It’s enough that they have added “third gender” to their earlier repertoire of “men” and “women,” never mind if this still shoves the diverse LGBTIQA+ community into a tiny box. And yet, journalists are at the forefront of organizing against censorship. How different from censorship is the hypocrisy of providing partial, inevitably inaccurate information, under the guise of “simplicity”?

The other word often used in this context is “neutral.” While training as a mental health worker, I was also taught to be “neutral”. My clients, peers and mentors showed me very quickly that being neutral is impossible, since our biases and judgements seep into our world view and affect our work, and that being neutral in the face of injustice is awful. Journalists’ communities become activist to preserve their freedom in the face of censorship. Surely they can then understand what it means to be “neutral” towards a community under threat.

The author is part of a Queer Rights Collective working on issues surrounding the citizenship language amendments. You can learn about it here.