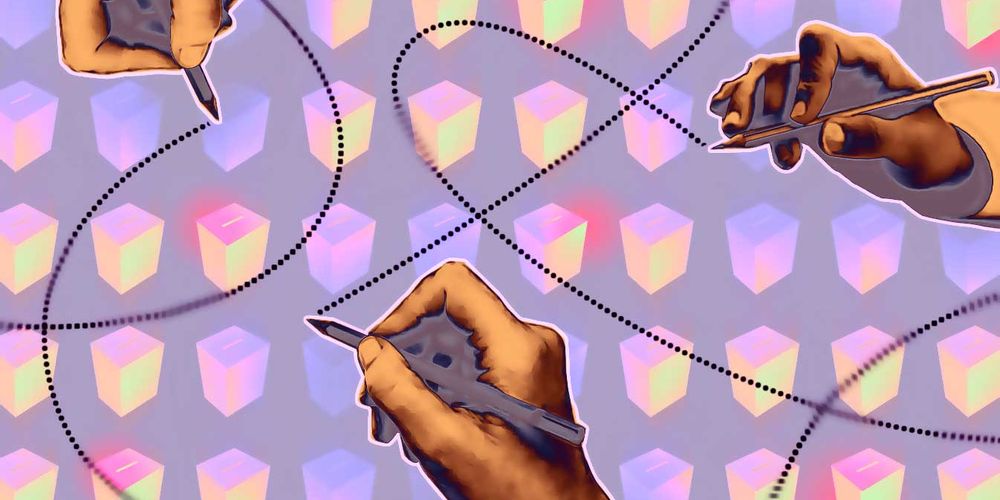 Voters are the determinants of election

Nepal has made population the main basis of delineating the electoral constituencies. This criterion does not hold any logic from the vantage of the individual constituents as their votes determine election results rather than what the population of a location is. Furthermore, the state of Nepal has introduced a rule which is inconsistent with the norms and values of inclusive democracy and political diversity: a political party must secure at least 3 percent of the total valid vote cast in the country to qualify as a national party, and at least 1.5 percent to qualify as a provincial party. Political parties that fail to cross these bars will not have official status in the eyes of the Election Commission and the state of Nepal. In effect of this rule, more than one million votes were considered null and void in the recent federal elections for not being able meet the “three percent threshold”. The individual representatives elected through first-past-the-post (FPTP) by such marginal parties will have independent status in parliament. Such marginal parties and their representatives will not have recognition in national politics and parliament.  Therefore both the input and output of elections in relation to the political parties’ status, elected representatives, and the constituencies are determined by the number of votes both in directly electing peoples’ representatives and sending them up through the proportional electoral system. Voters are the real constituents for electoral constituencies, not the population.ECD criterion benefit capital cities at the cost of others 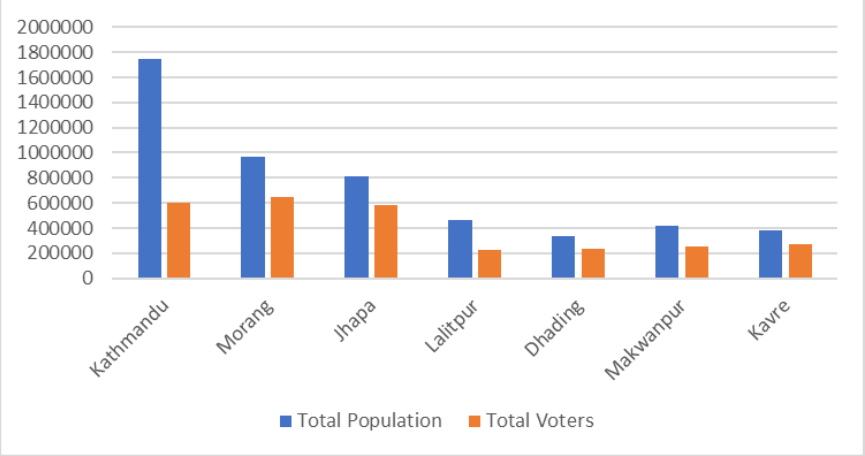 Kathmandu has 603,620 voters but holds ten federal constituencies whereas Morang, with the largest number of voters 644,785 in Nepal, is allocated with only six constituencies.

The wide variation between the number of population and the number of voters in Kathmandu and Lalitpur is because of the floating population in these two districts. These cities are the center of education, employment, and other opportunities, and they attract the people from all across Nepal. While the temporary residents of Kathmandu are counted as population, their political and electoral commitments lie elsewhere in Nepal. This is one of the reasons why only a third of the population of Kathmandu are voters.

Enormous deviation from the average number of voters for constituencies 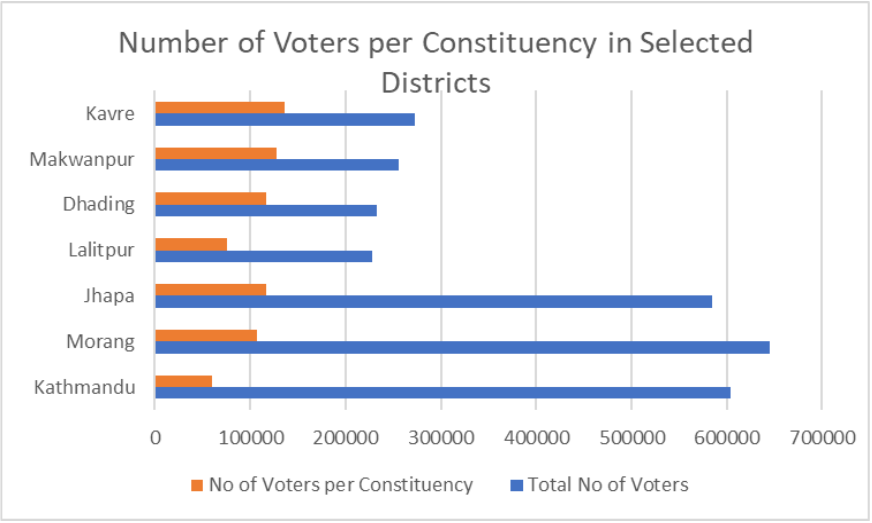 An injustice to the constituents

Dambar Chemjong  Dambar Chemjong teaches anthropology at Tribhuvan University. He was a member of the Electoral Constituency Delineation Commission, Nepal in 2007 and 2013.