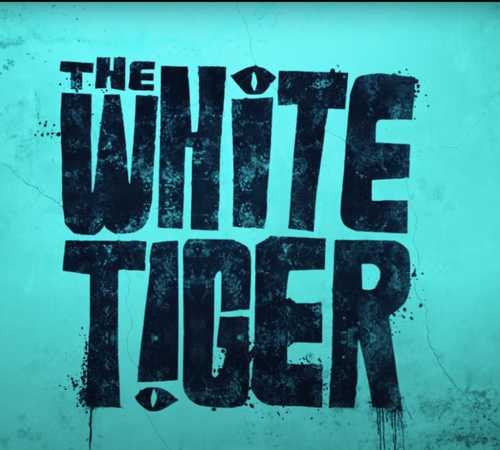 In Ramin Bahrani’s The White Tiger, there are two telling instances where protagonist Balram Halwai (Adarsh Gourav) faints. The first is during his father’s funeral. Balram’s father, who died of tuberculosis, had spent his entire life as a labourer, hoping for at least one of his sons to make it out of poverty. As the blackened soles of his father’s dirty feet curl in the heat of the funeral pyre, the young Balram collapses in a heap, as if in acknowledgement of his father’s, and his own, place in the world.

The second time is when Balram, now grown up and working as a driver for a wealthy family, comes face-to-face with his chosen destiny: the white tiger. Seeing the tiger pacing in its cage, Balram recognises what he needs to become in order to climb out of the hole his caste and class have placed him into, and duly faints.

After both these instances, Balram awakens with a newfound consciousness, a class consciousness. The first time results in an acceptance of what he considers his hereditary role in life -- to serve. And so, he cajoles his elderly matriarch of a grandmother into paying for his driving lessons and ingratiates himself into the service of the local landowner. As the driver for Ashok (Rajkummar Rao), the liberal, well-meaning America-returned scion of the family, he sets out to become the best driver he can. He reluctantly accepts a salary -- at half of what was offered -- and considers his masters as family.

The second time is an awakening into alienation, after Balram has realised that to his masters, he will always and only be a disposable servant. While out on a drunken drive with Ashok and his wife Pinky (Priyanka Chopra Jonas), the latter hits a child and the trio drive away. Balram pledges to make things right and sends his masters off to bed while he wipes the blood off the car bumper. It is only when Ashok’s family -- his landlord father and goon elder brother -- present Balram with a statement admitting that he, not anyone else, had been driving the car and is thus responsible for the accident that he realizes just what servitude entails.

All of this is not a spoiler. The trailer gives away all of these plot points, with a majority coming in the first few minutes of the film itself. The story really is in Balram’s transformation -- from the first fainting to the second.

When he wakes up the second time, he pledges to become a white tiger, a creature born just once a generation, who will presumably go on to break his fetters and live as he desires. The film tells us that Balram succeeds but at what cost?

Throughout the film, Balram uses a slightly heavy-handed metaphor to explain Indian society -- that the majority of its poor and oppressed are chicken in a coop, passively awaiting their slaughter. “I’ve switched sides,” says Balram at the end, meaning that he’s no longer a chicken. He’s made it out of the coop and now, he’s the one doing the slaughtering.The consciousness that arises in him after his fainting spell does not lead to a dismantling of the system, but instead, to its reaffirmation.

Balram succeeds because he learns quickly to use the capitalist’s arsenal. He is cutthroat about eliminating competition, as when he threatens to expose the senior driver’s Muslim identity and persuads him to leave. He cooks the books, avoids paying his due, and eventually, seizes a large amount of capital. The methods he employs are the ones he’s learned will lead him to success. After all, this is a dog-eat-dog capitalist bestiary filled with storks, mongooses, and tigers.

Balram’s emulation of the capitalist’s ways are rooted in what Frantz Fanon describes as the colonized people’s desire to not just eliminate the master but to take his place. “The colonized always dream of taking the colonist’s place,” writes Fanon in The Wretched of the Earth. The first step for those colonised -- by race, caste, class or capital -- is a violent assault on the symbols of the prevailing order. But then, instead of a dismantling of the system, the eventuality is a replacement. “This hostile, oppressive and aggressive world, bulldozing the colonized masses, represents not only the hell they would like to escape as quickly as possible but a paradise within arm’s reach guarded by ferocious watchdogs,” writes Fanon.

Balram’s arc in the film illustrates this trajectory. At the end, he stands atop a small empire and proclaims that the time of the white man is over and that it is now the brown and yellow man’s turn at the top. A veritable replacement. Balram has now taken the place of his master, quite literally.

Bahrani’s film does not present a critique; it is simply an expose of what it takes to succeed in a capitalist world. It is not an indictment of class or caste; if anything, those who come off the worst are Ashok and Pinky. However well-meaning, their cloying niceness is superficial and reductive. They consider Balram to represent the “real India” and talk about him as if he’s a wooden piece of furniture. They are complicit in Balram’s oppression but act like they are above it all. While Ashok’s father and brother are blatant in their abuse of Balram, Ashok and Pinky’s seeming niceness obscures the cruelty of the system itself. Ashok and Pinky are like the worst kinds of slave-owners, as according to Oscar Wilde in The Soul of Man under Socialism, “the worst slave-owners were those who were kind to their slaves, and so prevented the horror of the system being realised by those who suffered from it”. In a particularly telling insult, Pinky gives Balram 9,300 rupees in recompense for all his trouble. Balram wonders if she’d brought 10,000 and arbitrarily decided to take away 700 rupees.

The film itself does not judge Balram his past. In fact, it celebrates him, and why should it not? After all, his is a story of success, only this time it isn’t about the rich, the privileged, or the upper caste. It is an underdog’s tale, but perhaps on the opposite end from something as optimistic as Slumdog Millionaire. The film is darkly comic and prescient, given the experience of the past year.

In 2020, class differences were perhaps more naked than ever. As the world went into lockdown, many stayed home to read books, cook meals, watch films, and work from home. But many more lost their jobs, went hungry, and were pushed deeper into poverty. Meanwhile, the ultra-rich got even richer during the pandemic. Perhaps it is no wonder that the most feted film of the past year was Parasite, a film all about class and that revolutionary desire to topple the ones at the top and take their place. Another big film last year was Knives Out, also a tale of the working class triumph.

The White Tiger is not a subtle film nor is it a particularly poignant film. It is, however, a good watch. It’s propulsive and very well-made. The cinematography and scene setting make subtle use of the Indian landscape, refraining from lingering shots of slums and poverty. The contrast between Laxmangarh, Balram’s village hometown, and Bangalore is stark and the film shows that difference organically. There are few cliches in this film’s cinematography.

Balram’s story, told to us in a voiceover, is quite enthralling, especially as delivered by Gourav. The voiceover, ostensibly a letter being written to visiting (then) Chinese premier Wen Jiabao, serves up exposition but loses its charm as things begin to pick up. The film also never really addresses the significance of the letter and who it’s addressed to. Balram, now in his new avatar, says a quick hello to Jiabao outside a hotel and proclaims that it is now their --the Indian and the Chinese -- turn at the till. The scene is quick and it is over. The voiceover thus prods the narrative forward but does little else in the film.

But there are few other elements like these in the film. Bahrani is an able filmmaker and he does justice to his source material. But he also excises a lot of the class commentary in order to deliver a thrilling yarn. While there are pacing issues, especially in the last third of the film where everything speeds up, the film maintains a steady rhythm, punctuated by a great soundtrack and close-ups of Gourav’s interesting countenance.

The White Tiger is a very Hollywood story of an underdog’s success, showcasing the value of verve, risk and ruthlessness. It is not a revelation but it is eminently watchable.

Based on the book by Aravind Adiga