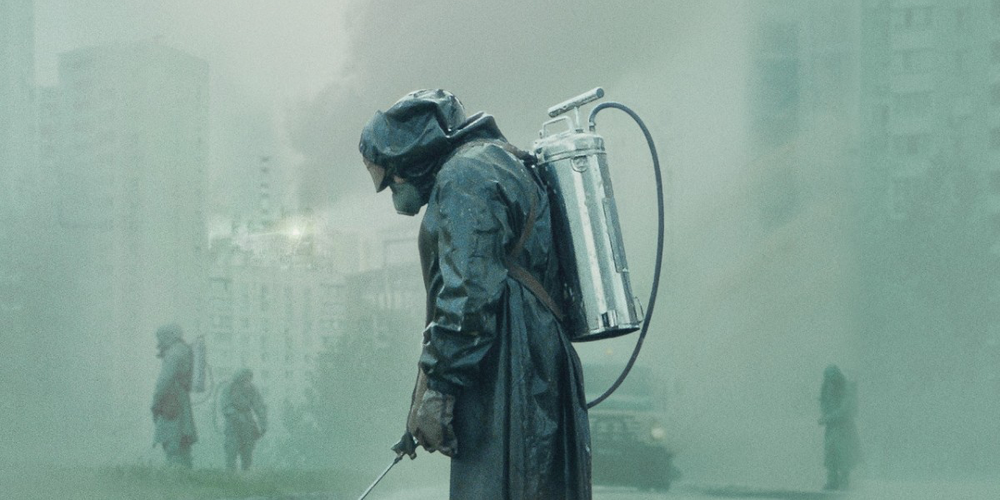 “What is the cost of lies? It's not that we will mistake them for the truth. The real danger is that if we hear enough lies, then we no longer recognise the truth at all. What can we do then? What else is left but to abandon even the hope of truth, and content ourselves instead... with stories.”

These opening lines are spoken by the chief of the commission investigating the Chernobyl disaster, inorganic chemist Valery Legasov, in the HBO miniseries Chernobyl. The show, about the greatest human-induced disaster in history, and the power plays and politics that surround it, is strikingly resonant in today’s post-truth world.

On April 26, 1986, the core of the Chernobyl nuclear reactor exploded during a safety test, triggering an open-air reactor core fire that burned for nine days, releasing airborne radioactive contamination onto various parts of USSR and western Europe. Official records -- dating to Soviet times, and still unaltered in Ukraine, where the power plant was -- claim that just 31 people died, either from the blast trauma or acute radiation syndrome. But step outside of official narratives, and debate about the real impact of the disaster is intense. Estimates of immediate and long-term deaths range from 4,000 to 93,000. The difference between the two sets of numbers is so stark as to be a perfect illustration that “facts” are only as objective as the aims of political actors, whether during the Cold War or today.

The series is propelled by a sense that what is important are not just scientific or political facts about the disaster, but the complex reality of the situation, which different actors experienced in different ways: from Soviet leader Mikhail Gorbachev, responsible for the entire nation, to a low ranking soldier deployed to eliminate pet dogs exposed to radiation in surrounding villages. Painting a picture through the perspective of so many different people clarifies how any disaster, human-induced, or natural, is bound to have a myriad narratives because it affects so many people, not just those in its immediate vicinity. The narrative that dominates usually serves a political agenda.

Chernobyl’s effects and the disaster narrative rippled out to Nepal as well in the 1980s, encompassing the Dairy Development Corporation (DDC), which produced and supplied the majority of milk consumed in Nepal at the time, and the vigorous oppositional politics underway against the controlling monarchic rule of King Birendra and the Panchayat system in place.

I asked journalists working at the time what they remembered. The story goes like this: In Nepal in May and June, temperatures were high and it had not rained enough. This meant that pastures offered cattle slim pickings, and cows produced less milk. The problem was, the demand for milk did not change. So in order to meet consumer demand, dairies often used milk powder to expand supplies.

In the 1980s, DDC did not produce its own milk powder, but imported it from Europe or Australia. Poland was a big supplier. The breathless and alarmist coverage of Chernobyl by most Western media outlets was undoubtedly coloured by the ongoing Cold War -- both because some outlets in terms of an ideological driven desire to undermine Soviet authorities and for the simple reason that it was hard for them to actually report from behind the Iron Curtain. These reports asserted that alarming levels of radiation were being recorded throughout Eastern Europe, even hundreds of kilometres away from the explosion site. For consumers -- of news and dairy products -- in Nepal, this meant that Polish milk powder could also be contaminated. The Nepali government canceled all licenses for the import of milk powder from Poland and other countries suspected of having been affected by Chernobyl. Immediately, journalists asked how the government could say there was no radiation in dairy products in Nepal when the country had no equipment to test products. Some people went further, issuing statements that they were giving up milk, as it could possibly be contaminated, and that the government was planning to poison to its citizens. In 1987, DDC was not the only game in town, and Nepalis could use local farmers or Himalaya Dairy.

DDC sales crashed. The corporation issued a press release stating that its milk was not contaminated. Citizens reacted as they do to the current Prime Minister’s statements about bringing ships to Nepal or sending Nepalis to outer space -- with an eyeroll. DDC then invited a group of journalists to visit its plant in Balaju, where its then chairman, Pearl Jung Rana, drank fresh milk in front of the media to prove that he wouldn’t drop dead from radiation. Despite Rana’s performance, the rumours (and thankfully Rana) didn’t die. Sceptics insisted that the radiation wouldn’t kill him then and there, but would affect him in the future.

This led to then Agriculture Minister Hari Narayan Rajauriya inviting journalists to Singha Durbar to clarify, yet again, that the milk was safe to drink. The journalists who attended were served milk tea, which kicked off a scene, as the reporters refused to drink the tea. Rajauriya, like Rana, drank the tea. But the question refused to go away: “How can you say that the milk is not contaminated without scientific proof?” Finally, the government requested the Royal Nepal Academy of Science and Technology (RONAST, now NAST) to test the milk. Bal Ram Joshi, the only physicist in Nepal at the time ran a test in front of assembled journalists at RONAST’s Bijulibazar office that persuaded them that the milk was not contaminated. With this proof and DDC’s statement that post-Chernobyl milk powder from Poland hadn’t even entered the Nepali market yet, the issue slowly died down.

In retrospect, an episode like this sounds bizarre. You have to ask: Why? Why did something like this happen? As in Chernobyl, there is no simple explanation. In the words of the renowned scholar Lok Raj Baral, the political climate of Nepal in 1987 “remained as inconsequential as the preceding year, except in one important respect: apathy and disappointment overwhelmed the various opposition groups and panchas.” The Panchayat system of governance was plagued by contradictions within and scepticism outside. For the opposition, the milk issue was a boon, allowing it to continuously pile on to the government by questioning its credibility and testing its grit. As most people in Kathmandu boycotted DDC milk for months in a silent mass protest, other dairies profited. This change lasted longer than the conspiracy theory which, like all such Kathmandu wildfires, eventually fizzled out. Baral says that the government was possibly able to survive this crisis because the opposition failed to turn “milk politics” into an organised movement.

So, what function does truth play in politics? Where does it even come in? Most of the times when we find ourselves in a discussion, we base our arguments on facts but if the other side has a differing political agenda then they will inevitably interpret facts to fit their version of the truth -- which is often a proxy for their political goals. But we need facts and we need the truth to make informed political decisions. The truth of a politician is hardly ever in their flamboyant speeches. The political truth is hidden in what and how they build a narrative around an event, whether the worst nuclear disaster in human history or milk.

Mixing milk powder to make milk has been banned by the government now. In order to meet the demands during this “off-season”, DDC has recently started importing milk from Bihar, India. There hasn’t been any known nuclear disaster in Bihar, yet.

Yutsha Dahal  Yutsha Dahal is recent Masters’ graduate from the School of Arts and Aesthetics, Jawaharlal Nehru University, New Delhi. She is currently working in Nepal as a researcher.

A personal account of the Surma Saravor Jatra, a six day-long festival celebrated every even year of the Nepali calendar by the people of Darchula’s Ghajir and Chetti villages.