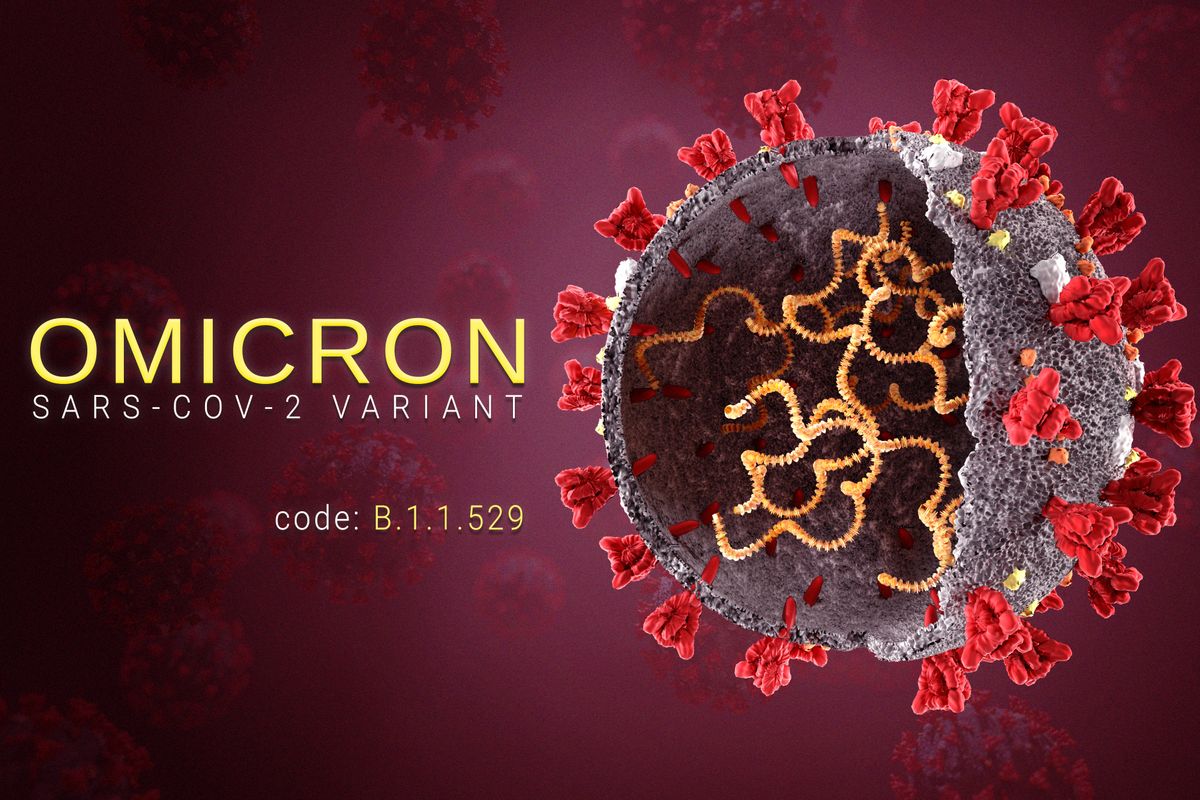 On Sunday, January 16, Nepal recorded 4,961 new cases of Covid-19 cases from a total of 12,562 PCR tests. This number might not seem very alarming, considering that in neighboring India, daily cases are being recorded in the millions. But to put things into perspective, just 10 days prior, on January 6, Nepal had recorded only 478 new cases.

The positivity rate is at a dangerous 36.1 percent and a majority of the cases (2545) is, unsurprisingly, in Kathmandu.

“The third wave is here and we have to be extremely vigilant and cautious. With almost every other person showing flu-like symptoms right now, things might prove to be tricky,” said Dr Sher Bahadur Pun, chief of the Clinical Research Unit at Sukraraj Hospital in Teku.

Given the exponential rise in cases over the past week, Dr Pun believes that the virus is already spreading rapidly within the community.

“This sudden surge in cases is because of both variants, Delta [which brought the healthcare system to its knees last year in March-April] and the super contagious Omicron,” he said.

The Omicron variant is more virulent but it is also believed to be milder in comparison to the Delta variant. There are slight differences in symptoms, say health professionals. Patients with Omicron show mild, cold-like symptoms such as sore throat, sneezing, and runny noses. Previous hallmarks of Covid-19 – fever, cough, and loss of taste or smell – are not as prominent with Omicron.

“It has been observed that Omicron is impacting areas limited largely to the upper airway: the nose, throat, and windpipe, sparing the lungs,” said Pun.

This is why the variant is considered less dangerous, as it doesn’t impact the lungs in the same way that Delta does. Last year, during the second wave in March-April, the Delta variant caused mass hospitalizations, leading to serious shortages in oxygen and bed space. Patients infected with the Delta variant are thus still showing all symptoms: fever, body aches, loss of taste and smell, along with sore throat, runny nose, and sneezing.

But doctors caution against treating the new wave lightly because the Omicron variant might be milder. The new variant might not land patients in the hospital but it can still cause serious issues in the very young and the elderly, those with compromised immune systems, and the unvaccinated.

Whatever the symptoms, get tested at the first sign that you may have contracted the virus, say doctors.

“Whether you have a sore throat, diarrhea, or a slight fever, any mild symptom you show, please get tested,” said infectious disease expert Dr Anup Subedee. “Only by knowing if you have contracted the virus can you isolate and stop the virus from spreading further.”

To slow down the spread, the government has put in place new social distancing rules. It has shut down schools for three weeks until January 29 due to the new surge. It has also banned gatherings of more than 25 people in public spaces, closed cinema halls and gyms, made masks mandatory outdoors, and urged people to carry vaccine cards to enter public spaces.

But such measures are not enough, say public health experts.

“Twenty-five people is still a big number and the chances of catching the virus is very high. People themselves have to be careful and stay home as much as they can,” said Subedee.

The government is also starting mass vaccinations of children from 12-17 years and has started administering booster shots to frontline workers. Frontline workers include doctors, security personnel, journalists, hospital staff, ambulance drivers, and elderly people at old age homes who were vaccinated in the first phase of the immunization campaign.

In the Kathmandu Valley, Lalitpur started administering booster doses on Sunday while Kathmandu and Bhaktapur have started from today, January 17, although there have been issues.

“This is the first phase of the booster shot administration. After that, booster shots will be administered to the general population,” said Ghanashyam Upadhyay, chief district officer of Lalitpur. “We have not yet received direction on when that will be.”

Dr Subedee says that with 10.7 million Nepalis fully vaccinated, which is 36.8 percent of the population, and millions already infected with the virus, communities have built some form of immunity and resilience but that is not enough to keep the virus from spreading further.

“There are other measures the government can take. One of the most important things it can do is make PCR testing cheaper so that people do not hesitate to get tested,” said Subedee.

On Sunday, Kantipur daily reported that Nepalis had spent over Rs 7 billion on Covid-19 tests since the beginning of the pandemic in 2020. The government has mandated that RT-PCR tests be conducted at a minimum cost of Rs 500 and a maximum of Rs 800 but even in government-run laboratories, tests can cost as high as Rs 1,000 while private hospitals and clinics charge upwards of Rs 2,000 per test.

But as the pandemic is a public health concern, the public itself must take necessary precautions if the third wave is to be contained before it overwhelms the health sector like Delta did last year.

“For the past few months, people were being careless with precautions. We have to go back to wearing our masks, sanitizing, and maintaining social distance again,” said Dr Subedee. “We cannot take the virus lightly thinking it has mild symptoms. People, especially health care workers, need to be wearing N95 masks and not other cloth or surgical masks.”

The US Centers for Disease Control and Prevention recommends N95 respirators, as they can filter out up to 95 percent of particles in the air, thanks to its tight fit and synthetic material, which is made up of a web of tiny fibers charged with electrostatic energy.

Isolation and quarantine measures should also become stricter and contact tracing measures have to be restarted as well, said Dr Pun.

“We have to do everything we can to avert a crisis like last year,” he said. “Even though Omicron has proven to be milder, its infection rate is higher which means it won’t take long for thousands to get infected. From that, even if hundreds get hospitalized, our health care system will not be able to bear it.”

One podcast hopes to provide a safe, open space for young people to talk about menstruation, consent, and sexual and reproductive health.