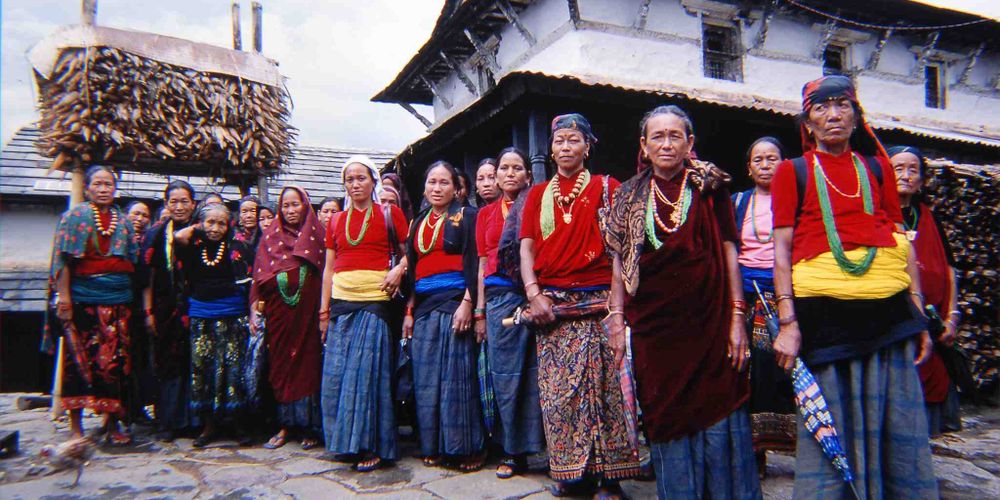 In January 2012, I was invited to participate in a program organized by the Janajati caucus of the former Constituent Assembly (CA). I was sitting in the dining hall when a group of Janajati CA members came in.  From their clothes, appearance, and accents, one could tell they had come from villages outside the Kathmandu Valley. “Look at those khates,” said one of the CA members sitting across from my table. He was a well-dressed Bahun man. “How can such khates make the constitution of Nepal?” said another, also a high caste man.

It was a telling moment. These men belonged to the group that has had the privilege of drafting all the past constitutions of Nepal (1948, 1951, 1959, 1991). Each of those constitutions imposed the religion, language, and culture of hill high-caste Hindus on Nepal’s diverse communities. Nepal’s constitutional history is simultaneously a history of exclusion, subjugation, and internal colonization.

The first Muluki Ain (1854 civil code) divided Nepal’s non-Hindu ethnic groups on the model of the Hindu caste system. Under this civil code, a subject who committed an offence could be spared or killed depending on the caste one belonged to. For the same offence, a Brahmin would be punished with ‘loss of caste’ while a Tamang would lose his life. Thus for centuries, one’s caste/ethnic identity was a matter of life and death in Nepal. Despite some amendments, the current civil code is not significantly different from Jang Bahadur’s civil code.

The Constitution of 1962 established Nepal as a Hindu Kingdom and adopted a policy of one people (hill high caste Hindus), one dress (daura suruwal), one language (Khas Nepali), perpetuating the exclusion of the vast section of the population. The Land Reform Act 1964 was introduced to strip Janajatis of their rights over collective landholdings and natural resources. The Constitution of 1990 reinstated the multiparty system but barred people of different ethnic communities from forming political parties to promote the interests of their communities. (Meanwhile, all “mainstream” political parties were dominated by members of a single ethnic group.) The Supreme Court declared it unconstitutional for Janajatis to use their mother tongue in local administration.

In the aftermath of the 2006 People's Movement, there was a small paradigm shift in the law-making process. For the first time in Nepal’s history, a constituent assembly representing the diverse populations of Nepal was given the responsibility of writing their own constitution. Janajatis demanded participation in the CA on the basis of their distinct identity, and not merely as representatives of political parties. It had become clear that party members, even those from marginalized communities, are severely constrained by their party line. They are forced to uphold the party’s interests even when they go against the interests of their communities. Experience from other countries, too, has shown that indigenous peoples are rarely able to secure their interests and rights through their chosen political parties.

Adivasi Janajatis’ demand for non-party affiliated representatives was articulated in two agreements – the Godavari agreement between the government and NEFIN et al, and the agreement between the government and then Sanghya Limbuwan Rajya Parishad. Accordingly, Article 63 (c) was inserted in the Interim Constitution specifying that 26 seats in the CA shall be reserved for people from marginalized indigenous groups. But the 26 seats, too, have now been appropriated by the political parties. Janajatis were denied their right to send their representatives from umbrella Janajati organizations such as NEFIN.

Various Janajati organizations including LAHURNIP, an organization of indigenous lawyers, filed a petition against the government in the Supreme Court. In April 2013, the Court responded positively by ordering the government to ensure meaningful participation of Adivasi Janajatis. Meanwhile, a complaint was filed with the UN Committee on the Elimination of All Forms of Racial Discrimination (CERD) and the UN Special Rapporteur on the Rights of Indigenous Peoples (SRIP). The CERD urged the government to guarantee free and meaningful participation of indigenous peoples (beyond the confines of political parties). The SRIP further recommended that the government seek free prior and informed consent of indigenous peoples before finalising constitutional provisions that relate to them. In April 2014, the SC ruled that the 26 seats are not for political party representatives but for unrepresented groups and prominent members of civil society.

Despite all these developments, the political parties appointed their cadres to the 26 seats reserved for representatives of indigenous peoples. Janajatis, who make up 38 percent of the total population, have no legal representatives in the CA. Janajati CA members representing political parties are not in a position to push the Janajati agenda during the constitution making process. Top leaders of mainstream parties who control decision-making are against identity-based federalism and sharing power with marginalized groups. And now, with the Nepali Congress and UML bent on foisting administrative federalism and taking Nepal back to the 1990s, marginalized groups are left with no option but to take to the streets.

To avoid a conflict, the 26 CA members must be replaced by the representatives nominated by NEFIN in accordance with article 63(c) of the Interim Constitution, articles 6 and 7 of the ILO Convention 169 and articles 3, 18, 19 of UNDRIP. Second, the CA must set up a mechanism for obtaining free prior informed consent of indigenous groups for provisions relating to indigenous peoples. Marginalised groups are not going to accept another constitution that excludes and discriminates against them.

Cover photo: ILO in Asia and the Pacific, A group of Gurung women in Nepal in traditional attire. ILO/ Pradip Shakya. Licencesed under CC BY-NC-ND 2.0.

Shankar Limbu  Shankar Limbu is the Secretary of LAHURNIP and currently a PIL Net Fellow at Columbia Law School.