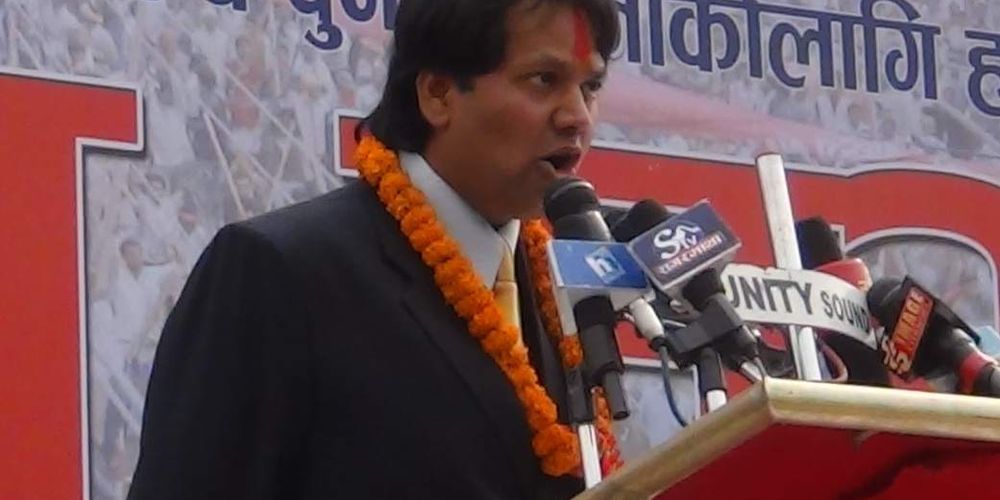 The right to a fair trial is a universally recognized human right, enshrined in international law in both the Universal Declaration of Human Rights and the International Covenant on Civil and Political Rights. Fair trial rights are also guaranteed in Article 24 of the Interim Constitution of Nepal. The right is made up of a number of more specific individual rights, including pre-trial rights, which, when recognized and provided for, together ensure that a person charged with a criminal offense is treated fairly while the state determines their guilt or innocence.

Fair trials are essential to protect the rights of the accused to have all evidence tested thoroughly by an independent and impartial court and to ensure the proper administration of justice. Recognition and provision for fair trial rights and due process prevents arbitrary and unjust interference with the lives of citizens, the misuse of political or state power, or the application of “summary justice.” As a general principle, regardless of the nature of the alleged offense, all accused persons must be given a genuine opportunity to answer charges, present and challenge evidence, examine and cross-examine witnesses, and do so in a neutral and dignified setting.

However, in CK Raut’s trial, these principles have been undermined. He was first arrested on one charge (public offence) and later charged with another (subversion) after political negotiations among cabinet members and the public prosecutor, as reported in the Nepali media. This shows that the decision on the charge against him was not taken independently. Moreover, there is a domination of one hill community in the judicial system that sees the demand for the right to secession in the coming constitution from a nationalist point of view.

Raut’s case is sub judice and the merits of the case cannot be discussed, but the fairness of his trial can certainly be discussed.

CK Raut, a Madhesi activist, was arrested on September 13 by police personnel deployed by the Morang District Police Office while returning home from a gathering organized by the Santhal tribe. Raut, who holds a PhD in Information Engineering from Cambridge and has written a book on the history of the Madhes, had addressed the gathering as its chief guest. Raut says he was invited to the program as a historian. He was arrested along with his associate Satya Narayan Mandal, but Mandal was released within a few hours.

Raut was not served an arrest warrant at the time of his arrest, nor was he served a search and seizure warrant before being searched by the police. His brother filed a habeas corpus writ at the Supreme Court the next day, saying that CK Raut’s arrest was illegal and that he should be released from custody.

The Morang Police first charged Raut under the Public Offences Act and produced him before the Morang Chief District Officer, who remanded him for six days custody. In response to the habeas corpus petition, the Supreme Court ordered the government to produce Raut in person. At this point, the police filed a sedition charge against Raut at another court, the Special Court, in Kathmandu. The police contend in the charge sheet that Raut has written some books including Madhes Swaraj (Madhes Autonomy) and the Manifesto of Alliance for Independent Madhes, advocating for a separate Madhes land, and therefore he should be punished for treason under the Crimes Against the State and Punishment Act 1989, an act created under the royal regime to stifle dissent.

The Supreme Court declined to issue a writ of habeas corpus as demanded by Raut’s brother, on the basis that he had already been produced in court and charged. The court also ordered the government to allow him to seek medical treatment from the medical center of his choice, and on his own expense. The court issued this order after Raut told the Apex Court that the police had denied him medical treatment. Raut also alleged that the police inflicted mental torture and denied him the facilities normally granted to a political prisoner.

Raut's arrest has been criticized widely. Prominent human rights activists of Nepal have called for his release. The Asian Human Rights Commission and Amnesty International condemned his arrest and demanded unconditional release, as has the New York–based Human Rights Watch.

Nepal’s principal opposition party, the UCPN(Maoist), and other opposition parties, including Madhesi parties, have also condemned Raut’s arrest and urged the government to release him without delay or conditions.

Raut advocates for the right to secession to be included in the new constitution currently being drafted by the Constituent Assembly. He had told the Constitutional Political Dialogue and Consensus Committee (CPDCC) this on August 21 when CPDCC Chair Baburam Bhattarai invited him for a discussion on constitutional issues. He believes in a peaceful movement and says what he has been advocating is protected under the right to freedom of speech and expression as guaranteed by Interim Constitution of Nepal and many international treaties that Nepal is party to. The day the Supreme Court began its hearing on the habeas corpus writ, Raut told the apex court that if the state believed that he was the only one to have such views, then the state could hold a referendum on it.

Rights activists are surprised that Raut, who was invited by the CPDCC to record his views on constitutional issues, was then arrested for expressing the same views he gave to the committee in the Constituent Assembly.

There are other causes for concern. In the habeas corpus writ hearing, Raut had told the Supreme Court that his deposition before the Morang police was taken under duress and the police did not record all his statements. It was also not recorded in the presence of the public prosecutor, in violation of the provisions in the State Cases Act.

Raut now faces two cases—one under the Public Offences Act, and another under the Crimes Against the State and Punishment Act 1989. What surprised many was that a subversion (Rajya Viplab) case was filed against Raut one day after Prime Minister Sushil Koirala told rights activists and Raut’s family that in a democracy one should not be detained just because one has differing views. Also, when Ministers Minendra Rijal and Hari Prasad Parajuli signed an understanding with Raut in his custody, following which he broke his eleven-day hunger strike, they had pledged to respect Raut’s freedom of speech and expression.

So far, so unfair

The right to fair trial requires that a public prosecutor must make decisions independently. In Nepal’s context, a public prosecutor charges a criminal case based on on a phone call with a politician. Immediately after Raut was arrested, some of the daily newspapers quoted the Morang police as saying that Raut could be implicated under treason law but that would depend on the government’s decision. This goes against the principles of a fair trial.

The criminal prosecution should be based on fairness, judgment, evidence, public interest, and common sense. In this case, Raut was first charged under the Public Offence Act in Morang, and when the Supreme Court ordered the government to produce him, the police charged him under the subversion law at the Special Court in Kathmandu.

It is clear that the police and prosecutors have acted with the intent of detaining Raut as long as possible under different pretexts.

What was the reason for charging CK Raut under the subversion law, which is an outdated law enacted during the monarchy and which needs court intervention to be repealed? Most democratic countries have already repealed such laws. Banning the expression of political ideology using this law in a democratic society like Nepal is not fair. In democratic Nepal, any piece of legislation that imprisons people for holding differing views and opinions should be repealed.

The Special Court yesterday gave an order to release Raut on a bail deposit of NPR 50,000. However, there is fear that he might be rearrested and taken to Biratnagar to be tried under another charge of public offense. This is why Raut has decided to go to jail rather than post bail only to be re-arrested.

Given the political interference, lack of independent decision-making by the public prosecutor, outdated and exceedingly broad laws of subversion, manipulation of evidence by the police, and a judiciary dominated by hill-castes, a fair trial is not possible in Raut's case. Raut has been advocating an autonomous Madhes, a demand that goes against the interests of the hill communities that will decide his case. There are risks of all kinds of biases such as actual bias, apparent bias, and circumstantial bias in the trial process. As such, an independent and inclusive judicial process is the best way forward.

Dipendra Jha  Jha is an advocate affiliated with Terai Justice Center. Follow him on http://www.advocatedipendra.wordpress.com/