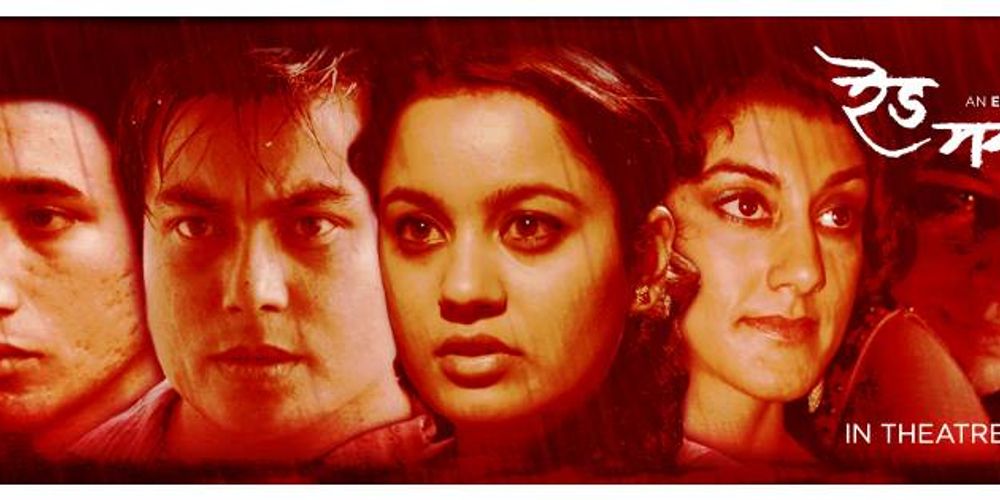 I watched Red Monsoon alone, an evening show at Civil Mall. This decision itself is an indication that the film is not meant for mass entertainment. Red Monsoon is not the film a group of friends wanting to kill time would choose haphazardly from a list of latest Nepali or Hindi releases. It is meant for those willing to give a little more, not just time or money, but a deeper engagement with the arts. It is for those willing to be patient, to perhaps even risk having a completely new experience.

A long-time project from young director Eelum Dixit, Red Monsoon, at first glance, is not very red and not so wet. The title, therefore, as part of the movie’s complexity, lingered with me as I walked out of the theater. Is it wise to have an English phrase for a Nepali-language film? The film’s style and filmmaking are already challenging. And what does Red Monsoon really mean?

“It’s about the rain not coming,” said Eelum Dixit at the 15th Mumbai Film Festival, using the dry period before the summer monsoon as a metaphor for Kathmandu’s urban youth who are waiting for something, anything, to refresh their city’s torpid air. “The thing that comes to wash away the dirt and the muck of society does not come in this film,” Dixit added. And sure enough, the film does not present any solutions. It simply portrays: Chetana (Himali Dixit), a young, free-thinking widow; Krishna (Sandip Chhetri), the deadbeat hero; and Karuna (Shristi Ghimire), a victim who dares to take a stand. Chetana stumbles into Krishna one night, and even though he is married to Karuna, Krishna can't help being drawn to her. What follows is a sequence of events that illustrates how our relationships form us and compel us to make life-altering decisions. Supporting characters Anushka (Sarita Giri), Krishna's nosy neighbor, and Babu, Karuna's brother, add charm and intensity to the film respectively.

A good film has more than one way of stirring the psyche: sometimes it’s the story that takes us to never-before-imagined worlds, widening our experience of life itself; sometimes there are characters that are impossible to forget. Then there are certain actors, and the sheer power that emanates from their expressions, that shake us. Yet these are wanting in Dixit’s debut. Dixit intended his film to act as a mirror to our society, a mirror placed squarely in front of characters facing severe difficulties in life. The actors rise to the task, but at times their characters remind us of those from so many Nepali telefilms.

In Red Monsoon, it is the camerawork that shines. The director’s theater background is apparent in the many close-ups, long shots, and actors’ intimate gazes. Soft lighting enhances the film’s delicacy, while fast-paced cuts relieve us of the tense plot, offering glimpses of Kathmandu’s streets and skies. Together, they balance the film’s serious tone.

And then there’s the music. Lochan Rijal’s original compositions and his refreshing voice are a loyal companion to Eelum Dixit’s honest, heartfelt effort.

Red Monsoon is a thoughtfully woven piece of art that manages to leave an impression.

A familiar tale, told a new

In Suntali, director Bhaskar Dhungana chooses simplicity as his artistic vehicle for exploring the profound subtleties of life.

An ingenious, must-see documentary about the trauma of Indonesia’s bloody campaign against the communists

This week in Writing Journeys, filmmaker Kesang Tseten speaks about his dramaturgical approach to making films.