In two weeks, the birds taught me many things: to be compassionate, to be kind, to be angry even. But most of all, to love with patience. 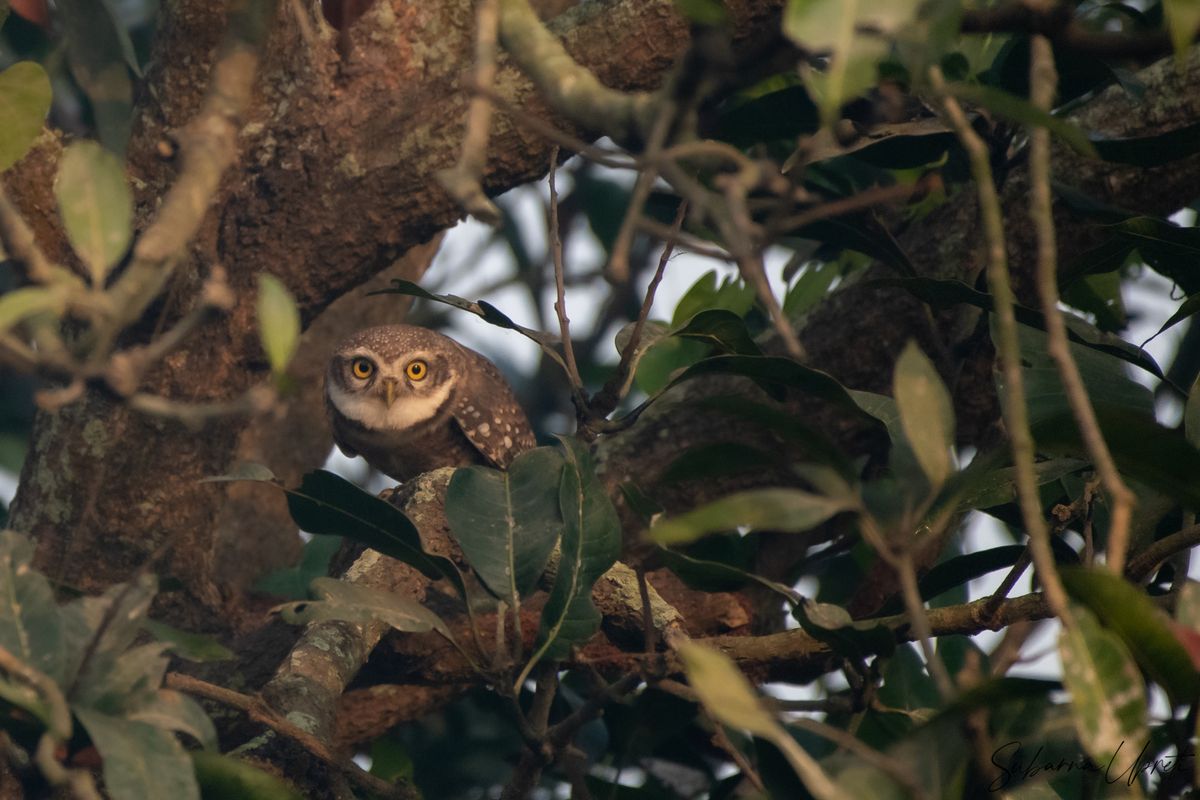 Around two months ago one evening, I received two little innocent, frightened juvenile owlets. They had just been rescued from a myna attack by Bird Conservation Nepal and Niraj Dahal and Mohan Bikram Shrestha from the institution entrusted them under my care, to nurse them back to health.

The minute the two young birds were brought to my house, I was overjoyed. The first thing I did was name my two new feathery partners. I named one Nani and the other Maya. Nani was tinier among the two, weighing just around 110 grams, with yellowish ventral plumage, while Maya had fair, normal plumage.

The first night, Nani and Maya were very cautious of me. They would peep out of their box curiously observing their strange, new environment and were terrified to even have their meal. Their large spherical eyes were full of fear as they looked around their surroundings, highly alert and curious. It was clear they were quite scarred by the myna attack. They were most likely also fearful of being in a new place, separated from their mother for the first time.

As their foster parent, I needed to serve them 10-15gm of food twice a day to ensure their smooth recovery. But because they were so young, they could not eat food themselves and had to be fed by placing the food deep inside their mouth, like how their mother would. It was not easy to do this. The two needed to learn to trust me and I needed to learn to be patient enough.

After much difficulty, by the third day, they learned to trust me and the process. When I’d try to feed her, Nani would hang on to the meat in a funny way and eat it by grabbing it with her sharp claws. By then I had learned that they preferred raw meat over boiled chicken and buff more than chicken.

As the days passed, I realised how highly attentive and sensitive owls are. Perhaps the myna attack left a deep effect on the two, for every small noise would make the two highly alert and fearful. I also noticed them shivering, that’s when they would reveal their amazing, highly sensible big-holed ears.

After three or four days, they got comfortable and warmed up to me. They even started playing around. I noticed how they loved to observe themselves in the mirror bobbing their head to their own reflection and play hide and seek with each other in the space under the cupboard, which became their favorite place in the room.

They also started to learn to fly. In the beginning, their flights were noisy, as they used to flap their wings a lot to get up on the cupboard, but soon they learned how to do it with less noise and became comfortable to fly all over my room. But even with the window open, they did not ever try to get out of the room. Perhaps they were not ready yet to face the outside world.

And I was happy they needed me. By the time the second week started, they would play with me and sit on my back. I adored the way they would bob their heads while inspecting new things, sometimes I would nod back imitating them. They also loved to get caressed, especially on their head and back: they’d close their eyes and coo lightly.

These mysterious nocturnals would sleep during the day and many times I would peep into the box I had kept them to notice their sleeping positions. Most times they would be sleeping face down, like human babies, leaning on one another on the wall of the box where they slept. Some days, I’d find them sleeping upright. Everything they did delighted me.

But I also wanted to understand what ticked them off, so I would tease them with a small cloth tied to the end of a length of thread. They would chase the piece of cloth, hang on to the cloth, play with it, but once they got irritated, they would come at me, ready to bite. I learned a big lesson here: an owl’s patience level wears thin.

One strange behavior pattern I noticed was that the two would perform similar actions for days and then completely reverse roles. Let me explain better: some days Nani would be alert, active and defensive, and Maya would be completely carefree.  This behaviour would last for five to six days, after which the two would swap roles. Then Nani would be silent and carefree and Maya would be dutiful, alert, defensive, and noisy. In the 16 days the two stayed with me, they carried out this strange behavior three times.

Then on the evening of July 22, Maya set out on her journey to the outside world. Nani was sitting silently above the cupboard when she did. A little while later, she searched the whole room for Maya and didn’t stop until morning.

The next evening, Nani too set out. And as she did, a strange feeling spread over me, of both joy and sorrow. I was proud and happy to see Nani too going out there into the wild world on her own. But I was also worried for her safety and how she would now have to struggle to survive. I wanted to call her back, keep her safe inside the walls of my room.

Standing by the windowsill, I realized the past two weeks with the birds had taught me many things: to be compassionate, to be kind, to be angry even. I realized how big our small efforts can be for another. But most of all, I learned to love with patience and understand that sometimes love is an act of letting go.

Sudha Shrestha  Sudha is a Bachelors in Environmental Science student and is passionate about Bird Studies and Conservation.

Glaciers are retreating across the Himalaya and this is bound to have significant consequences for the ecology of the region and the livelihoods of its people.