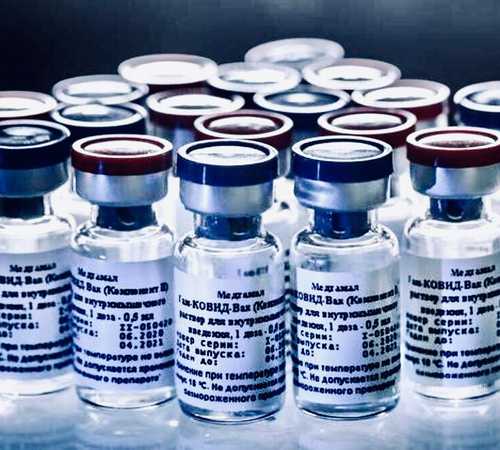 While the government remains indecisive about getting their hands on a Covid vaccine, a mid-size Nepali private firm has signed a deal with Russia's Sovereign Wealth Fund for importing vaccines to Nepal. On September 29, the Russian Direct Investment Fund (RDIF) announced that it had agreed to supply 25 million doses of Covid-19 vaccines to Nepal through Trinity Pharmaceuticals, a local pharmaceutical distributor.

The firm has become the sole distributor of the vaccine so far, although it has yet to receive government approval for importing the vaccine. Kishore Adhikari, director of the firm, told The Record that they will apply for approval once they receive data on the vaccine’s third-phase trials.

“We just wanted to make sure that Nepal gets the vaccines as soon as it is ready in Russia,” said Adhikari.

A pharmaceutical importer is required to get a license from the Department of Drug Administration, the national drug regulatory body. And an approval from the National Health Research Council (NHRC) is required for clinical trials. The vaccine also needs to be approved by the World Health Organization (WHO) before its supply and distribution can commence. The vaccine manufacturer then needs the consent of the importing country’s drug authorities and health-research wing before they can begin supplying their vaccine.

Arseniy Palagin, press secretary at the RDIF, told The Record that they are ready to provide all the data about the vaccine to Nepal’s regulatory body and the WHO. “We are in touch with the WHO,” he said.

“Clinical trials of the Russian vaccine have shown no serious adverse events, with Sputnik V generating a stable humoral and cellular immune response in 100% of participants,” reads a statement released by the firm. “In contrast, vaccines based on novel platforms have yet to prove their safety and currently have no data on carcinogenicity or effects on fertility.”

On September 23, Russia’s national news agency, TASS, reported that the WHO’s Regional Committee for Europe had planned to support the promotion of the Sputnik V.

Experts have praised the Sputnik V for its notable merits. The results of its first- and second-phase studies, claiming promising results, have already been published in the medical journal Lancet.

The Sputnik V was developed by the Gamaleya National Research Institute of Epidemiology and Microbiology. It is the world’s first Covid-19 vaccine to be registered. The company was one among a handful of Covid vaccine manufacturers who had, months ago, requested the Nepal government’s permission to conduct their vaccine’s third-phase trials here.

The UK’s Oxford Vaccine Group, China’s Sinovac Biotech Ltd, and Australia’s CSL are the other companies that had requested the Nepal government’s permission to conduct trials here. But the Nepal government has not provided a definitive answer: it has neither accepted the requests nor has it reached any agreement with these companies

Read also: The race to trial Covid-19 vaccines in Nepal

The RDIF has already struck multiple supply deals abroad for their Sputnik V vaccine--with more than 50 countries in Asia, the Middle East, Latin America, and Europe. In Nepal, the company’s 25 million doses will cover 90 percent of the country's population. If the deal were to come through, the Nepal government would merely have to ensure that people get vaccinated.

In recent days, Russia has been aggressively promoting the vaccine. Delivering his remarks through a pre-recorded video for the 75th session of the UN General Assembly on September 23, Russian President Vladimir Putin described the Sputnik V vaccine as the world's first coronavirus vaccine, one which is "safe, reliable, and effective". He even offered to supply the vaccine for free to the UN’s employees.

The cost per vaccine shot, however, has not yet been finalised. According to Adhikari, the result of the third-phase trial will be out by October. That’s when his company will start the process to obtain the import license from government authorities. “We are hoping to begin importing the vaccines from November,” said Adhikari.

Many experts are not surprised that the government is dragging its feet on the vaccine deals. They say that by allowing  a business firm to decide which vaccines to import and trial in the country, the Nepal government is shying away from its responsibility of vaccinating its people free of cost.

Such mishandling of Covid-related issues has become all too predictable now. Even as Covid cases continue to rise, the government has already started scaling down tests and is offering health assistance to only the ‘needy’.

On Wednesday, Nepal recorded 1,559 new Covid cases, taking the national tally to 77,817. With seven deaths in the past 24 hours, the country’s death toll has reached 498. There are 20,891 active Covid cases, according to the Ministry of Health and Population. And the ministry has already recommended that the government impose another lockdown if the number of active cases reach 25,000.

Due to the government’s failure to procure medical equipment right after the first few cases of virus emerged in the country, several people had to suffer, and medical professionals were left to fend for themselves without personal protective gear, mask, and gloves. More importantly, owing to delays in testing, scores of people were tested for the virus only after they died.

And now, the government remains clueless about the decision on vaccine imports and trials. Its tardiness in replying to vaccine companies’ requests to participate in last-phase vaccine trials in Nepal and in determining the post-trial benefits would affect the common Nepali the most. Officials at the MoHP and the NHRC say they don’t know anything about any private company striking a vaccine-supply deal.

“We don’t have any idea about the Russian vaccine deal,” said Dr Meghnath Dhimal of the NHRC.