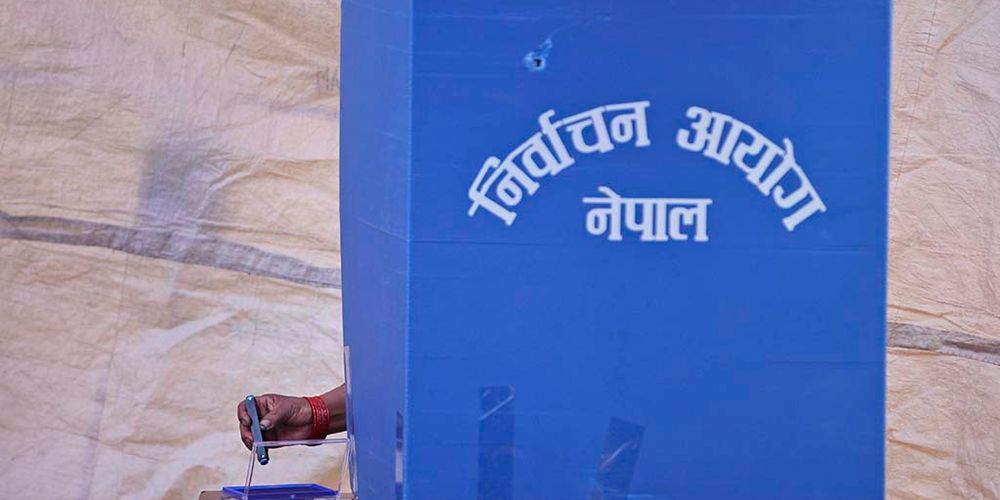 Prime Minister KP Oli’s health is, again, on the mend following emergency surgery to deal with the effects of a ruptured appendix on November 26, according to doctors at the Manmohan Cardiothoracic Vascular and Transplant Center (MCVTC). After he complained of severe stomach pain, Oli was rushed to MCVTC, where he was diagnosed with peritonitis, or infection in the abdomen.

“It is difficult to give an exact date, but if his condition remains as it is, he will be discharged in around a week," said attending physician Dr. Arun Sayami at a press conference on November 29.

Sources said that Oli was also put on dialysis on Wednesday, his fifth in a month.

On November 28, Oli tweeted from his hospital bed that his health was rapidly improving, and thanked his well-wishers. That evening, President Bidhya Devi Bhandari visited the prime minister and spoke to his doctors.

The prime minister’s increasingly fragile health has been a source of intense concern in recent months. Since August he has spent over a month in hospital in Singapore and Nepal and appears to need more frequent dialysis, giving rise to speculation that his body may be rejecting his transplanted kidneys 12 years after the procedure.

Just the day before this crisis, PM Oli told the popular TV interview show, Fireside, that he was still the most senior leader of the ruling Nepal Communist Party (NCP) and its executive chairman, despite executive power being transferred to party co-chair Pushpa Kamal Dahal. Oli described the new agreement, reached earlier in November, as an attempt to create stability in the ruling party and the country. “We both are chairmen. I will do government work after consulting with him (Dahal); he will do party work in consultation with me,” said the PM.

The prime minister also insisted that he had been under no pressure while deciding on the recent Cabinet reshuffle, but that he had “voluntarily” inducted some of his critics in order to avoid discontent in the party.

In an unprecedented move, former chief commissioner of the Commission for the Investigation of Abuse of Authority (CIAA) Deep Singh Basnyat is being investigated for alleged money laundering, Kantipur reported. On November 26, the newspaper, citing anonymous sources at the Prime Minister's Office, wrote that the Department of Money Laundering Investigation was also examining properties owned by Basnyat and his relatives. The properties will remain frozen until the investigation is complete. Ex-commissioner Raj Narayan Pathak also faces corruption charges.

It’s not just young voters who wonder at politicians’ longevity; the elderly men can have a go at each other too.

On November 27, Nepal Communist Party Co-Chair Pushpa Kamal Dahal mocked the Nepali Congress (NC) for “fielding a 77-year-old candidate while telling Prime Minister KP Oli, who is only 65, to resign just because he sometimes takes a rest.” PM Oli turns 68 in February, and Dahal is 64.

Dahal advised Khemraj Poudel, the NC candidate in Kaski-2, that at his age he should instead go to Devghat in search of dhyan and gyan, contemplation and knowledge. Devghat, which lies at the confluence of the Kali Gandaki and Trisuli rivers at the junction of Tanahu, Chitwan and Nawalparasi districts, is a renowned Hindu pilgrimage site for elderly people who have renounced active life.

NC spokesperson Bishwa Prakash Sharma hit back the same day on Twitter: “Comrade, is it appropriate for a man of your stature and age to speak like this? Why can’t Khemraj guru be a parliamentarian when 70-year-old Trump can be the President of the United States, and KP Oli, who is almost 70, can be prime minister?”

The candidate, Paudel, also took to Twitter: “Respected NCP chairman comrade, we will meet in parliament after November 30, not Devghat. If the situation arises, let us go to Devghat together. Jay Nepal.”

Paudel is running against Bidya Bhattarai, the widow of the late Minister for Culture, Tourism and Civil Aviation, Rabindra Adhikari.

Minister for Information, Communication and Technology Gokul Prasad Baskota on November 28 said that the government was working an integrated land reform Bill that would also address problems facing Guthi-owned land.

“The problems facing land have to be resolved in an integrated manner. The government has in theory agreed to introduce a new Bill which would also address problems facing Guthi land, in order to increase production and productivity,” Baskota said at a press conference.

In June, the Oli government was forced to withdraw a Bill to regulate Guthi land after thousands of people took the street calling the government to keep its hands off the traditional institutions that control swathes of public land, including temple properties and community halls across the country. In Kathmandu Valley, in particular, Guthis are associated with the culture and traditions of Newa communities, although Guthis from outside the Valley towns also oversee some land in Kathmandu.

Medical students have rejected an agreement between the government and private medical colleges that includes a scheme to refund or readjust excess fees charged by the schools.

On November 26, Education Minister Giriraj Mani Pokharel and representatives of private colleges signed a two-point agreement whereby the colleges agreed to adhere to the government-mandated fee structure while admitting the next cohort, and the government promised to begin a “scientific” revision of the fee structure based on recommendation of a panel, not formed yet, under the Medical Education Commission. The colleges also agreed to reimburse any fees the panel deemed excessive to students who joined in 2016-17 and 2017-18.

However, agitating students continued their sit-in outside colleges across the country, saying that the medical colleges' pledge to return money without a clear deadline was too little and too late.