The heart of the matter, part 2

The heart of the matter, part 2

In marginalized communities, access to power makes all the difference 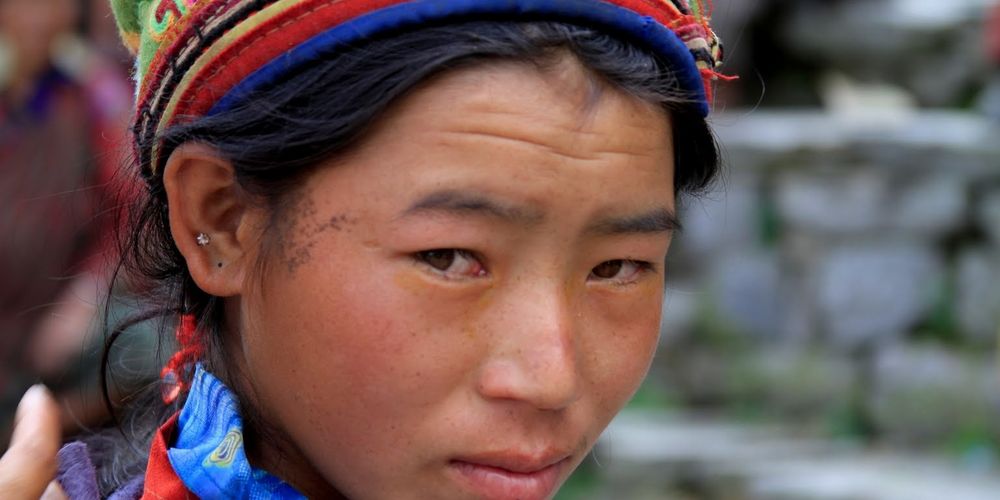 This article is the second in a three-part series on the aftermath of the April 2015 earthquake in Nepal. Read Part 1 here and Part 3 here.

Ashok Tamang was the most educated person in Gatlang village. He was, in his own words, “I.A.–failed,” meaning, he passed the tenth grade board exam but could not make it through twelfth grade. He was among those who had been working round the clock to bring relief to his village—coordinating with relief organizations and groups, preparing lists of households, assessing people’s needs, mediating potential conflicts, orienting Kathmandu visitors with local social and political dynamics, and ensuring that relief was distributed in an organized and equitable manner. But despite his skills, Ashok did not have a stable source of income. He had tried his luck at various organizations that ran development projects in Rasuwa, to no avail. He lived in the village, spoke the local language, knew his people and was deeply committed to improving their lives, but was considered unqualified to work in the locally operating organizations that boasted a “bottom-up” approach. If he got lucky, he might be hired as a local “social mobilizer” for a few months. A stable, full-time job remained a distant goal.

In every affected area I visited, I met young people like Ashok who played an indispensable role in ensuring their communities’ survival in the aftermath of the earthquake. They had been working in extremely challenging conditions, despite personal losses, amid immense physical risks and without material reward. These were youth who have intimate knowledge of their place and people and tremendous potential to bring change. But they have little formal education, cannot speak English, and have no access to networks of power in Kathmandu. This leaves them few avenues for personal development, and even fewer job options. Those fortunate enough to get an NGO job are usually at the bottom of the aid system’s hierarchy, with no authority to shape the organization’s programs and policies.

One way such youth can expand their network and gain access to power is by joining a political party. Most of the local volunteers I met on the ground were members of one major political party or another. It took us a while to realize that the young people who had been helping us reach vulnerable populations in Rasuwa were all members of the Unified Communist Party of Nepal (Maoist). They had kept silent about their affiliation for two reasons: first, most of them had thrown themselves into rescue and relief work out of genuine concern for their community, not out of a desire to raise their party’s profile. Second, they knew we belonged to a class of people who consider themselves above narrow political interests, and so they assumed we would be squeamish about associating with the rank-and-file members of a political party.

The “locals” are understandably wary of displeasing visitors from Kathmandu. Even the most naïve among us are in a position to question, correct, interrogate or repudiate them according to our assumptions. Stressing the importance of localized radicalism, historian David Ludden has observed how every nation has an imperial history and retains “imperial inequalities” between its elites at the center and people at the periphery. Nepal is a case in point. Such inequalities become evident even during a casual interaction between, say, a Kathmandu-based development worker and field staffer. Those from the center will assess, evaluate, and decide, while those from the periphery will listen, oblige, defer, and earn roughly ten times less. These inequalities, so entrenched in Nepal’s development aid world, were also played out during relief work in the quake-hit villages. While Kathmandu dwellers saw their relief trips as intrepid missions to disaster zones, for many in the affected villages, coming to others’ aid was reflexive. In the face of catastrophe, helping their community was the only thing to do. No photos of them handing out bags of rice and tarpaulin sheets on social media; no fulsome praise for being disaster heroes. An implicit assumption was that youth like Ashok were just doing their duty while youth from Kathmandu, like myself, were venturing out of our comfort zones in a spirit of magnanimity.

After exploring various ways to support Pasang Bhuti’s daughter—Pasang had asked me to take her daughter with me to Kathmandu—I found a safe and trusted children’s home in Kathmandu with an excellent track record. The home usually took children who had lost both parents, but they were willing to make an exception. On learning that Pasang’s daughter might be able to go to school in Kathmandu, several more parents sent me similar requests. I could not help them. In fact, despite my efforts, I could not even help Pasang. Local volunteers spent weeks gathering the required paperwork from Pasang’s family and the ward administration office. But in the end, the District Child Welfare Board refused to issue a travel permit to the child, citing cases of rampant child trafficking. Another survivor waiting for admission to the orphanage was a Chepang girl from Dhading district. Her father had died years earlier and her mother had left the family and remarried. The girl’s sole guardian was her ailing grandmother, who sold cucumber slices to passengers on the highway and was desperate to find a sponsor for her grandchild. But because of travel restrictions imposed by the government, she could not leave the village.

There was no question that the government had to make every effort to prevent trafficking of vulnerable children. But were blanket restrictions an adequate solution? What would happen to those children after they were protected from the hands of traffickers? Had the government done anything to safeguard their future, or to ensure that mothers were not desperate enough to give their children away?

Far from it. Four months had passed since the earthquake struck. Nearly 5,000 schools in the affected districts had been completely destroyed. Amid all the noise about reconstruction, the government had not started building even the so-called temporary learning centers in the remote areas. (Most likely these supposedly temporary structures will be a replacement for school buildings for the long haul.) One example was Alampu VDC in Dolakha district, epicenter of the 7.3 magnitude earthquake that struck two weeks after April’s massive quake. Alampu’s population is almost entirely Thami. Anthropologists Sara Shneiderman and Mark Turin have documented how the Thami people of Dolakha have historically suffered from problems common to many indigenous communities: economic deprivation, illiteracy, cultural discrimination, appropriation of land by high-caste groups, heavy debt, and alcoholism. Men in Alampu mostly work as migrant laborers in Malaysia and the Gulf countries. The women are left to shoulder household responsibilities and the burden of debt.

The quake destroyed all 685 houses in Alampu as well as the three public schools and the micro hydro station that supplied electricity to the village. To collect relief, villagers had to walk down to Babare, spend the night crammed together under a tarpaulin sheet, and then trek back the next day along precipitous trails with loads of supplies on their backs. It was a long, perilous journey. The tremors had formed deep cracks in the hills, and in several places, survivors returning with relief were wounded or killed in landslides. Some who were carrying corrugated iron sheets for roofing had sustained serious injuries when the sharp-edged sheets slid down their backs and cut their legs. In July a woman who was returning with roofing sheets to build a temporary shelter fell ill on the road and died soon after reaching home. Her husband, a wageworker, has been mentally unstable since and her seven children have been left to fend for themselves.

Four months after the earthquake, children of Alampu still had no idea when classes would resume. The micro hydro plant lay broken and people were living in darkness. The government, which had been amassing billions of dollars from foreign donors for post-quake reconstruction, had virtually no presence in Alampu. The VDC secretary lived in the district capital Charikot and had little knowledge of what went on in the village. The chief district officer was widely seen as indifferent to the plight of the villagers. According to Bikesh Thami, a local of Alampu and president of the Thami Youth Association of Nepal, almost all the relief the community received came from NGOs and volunteer groups. Bikesh and his friends were now hustling around Kathmandu in search of private donors willing to help rebuild vital infrastructure: schools, toilets, the micro hydro plant and drinking water reservoir. Needless to say, rebuilding such essential public facilities should have been the government’s top priority. “But we can’t rely on this government,” said Bikesh. “I know they have collected lots of money for reconstruction, but who knows when it’ll reach the victims.”

For the poor and marginalized survivors, it is a battle even to be recognized as victims. They have little information or access to government bodies. They cannot forcefully articulate their needs in Nepali or navigate the bureaucratic maze. Many are still struggling to obtain the “earthquake victim identity card” without which they cannot get relief or compensation from the government.

In Bhorle VDC in Rasuwa, at least 23 families who became homeless after the disaster had yet to be officially recognized as victims four months on. They had not received the small cash grant that the government had pledged for building temporary shelters. Meanwhile two temporary residents of Rasuwa with houses in other districts had each obtained a victim identity card that entitled them to full compensation. One was section officer at the district development committee (DDC) and the other secretary of Dhaibung VDC. Similarly a technical assistant at the Bhorle VDC office was known to have arranged a victim identity card for his son-in-law who lived in Kathmandu. The identity card was issued from an area in Dhaibung where the officer’s wife was chairperson of the Ward Citizens’ Forum. What was more, his nephew was a computer operator at the DDC office. It was not a mere coincidence that the well-placed individuals in that advantageous network were all “high-caste”— this in a district where more than 80 percent of the population is Tamang.