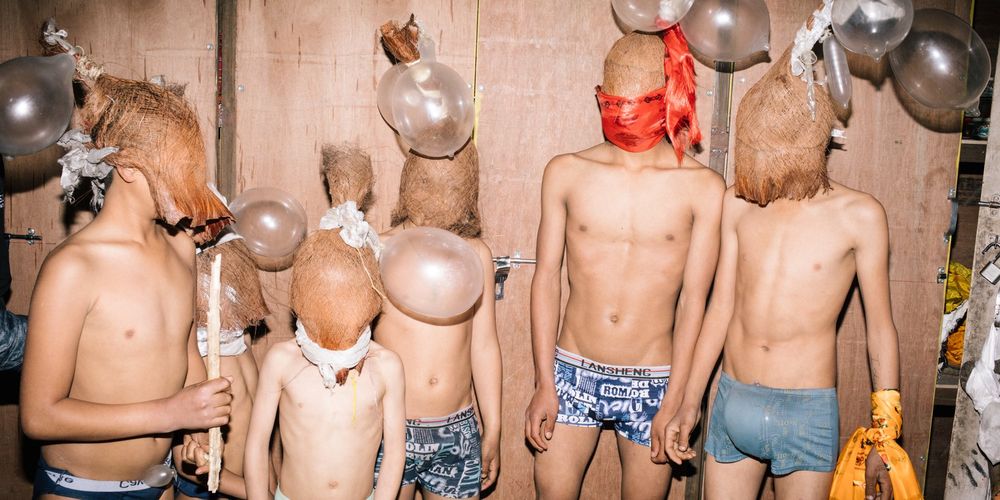 The festival of Mane Chokpa, held every spring in Timure for five days, is a riotous celebration of life and spirits.

The night before the festival, the prayer room near the chortens buzzed with prayer chants. The Lamas sang verses and burned pine leaves to purify the air. Women stepped into the prayer room carrying jugs of home brew.

Outside, an altar was made. After a day of prayers, the women circled the altar rhythmically, singing in unison, invoking gods and spirits. 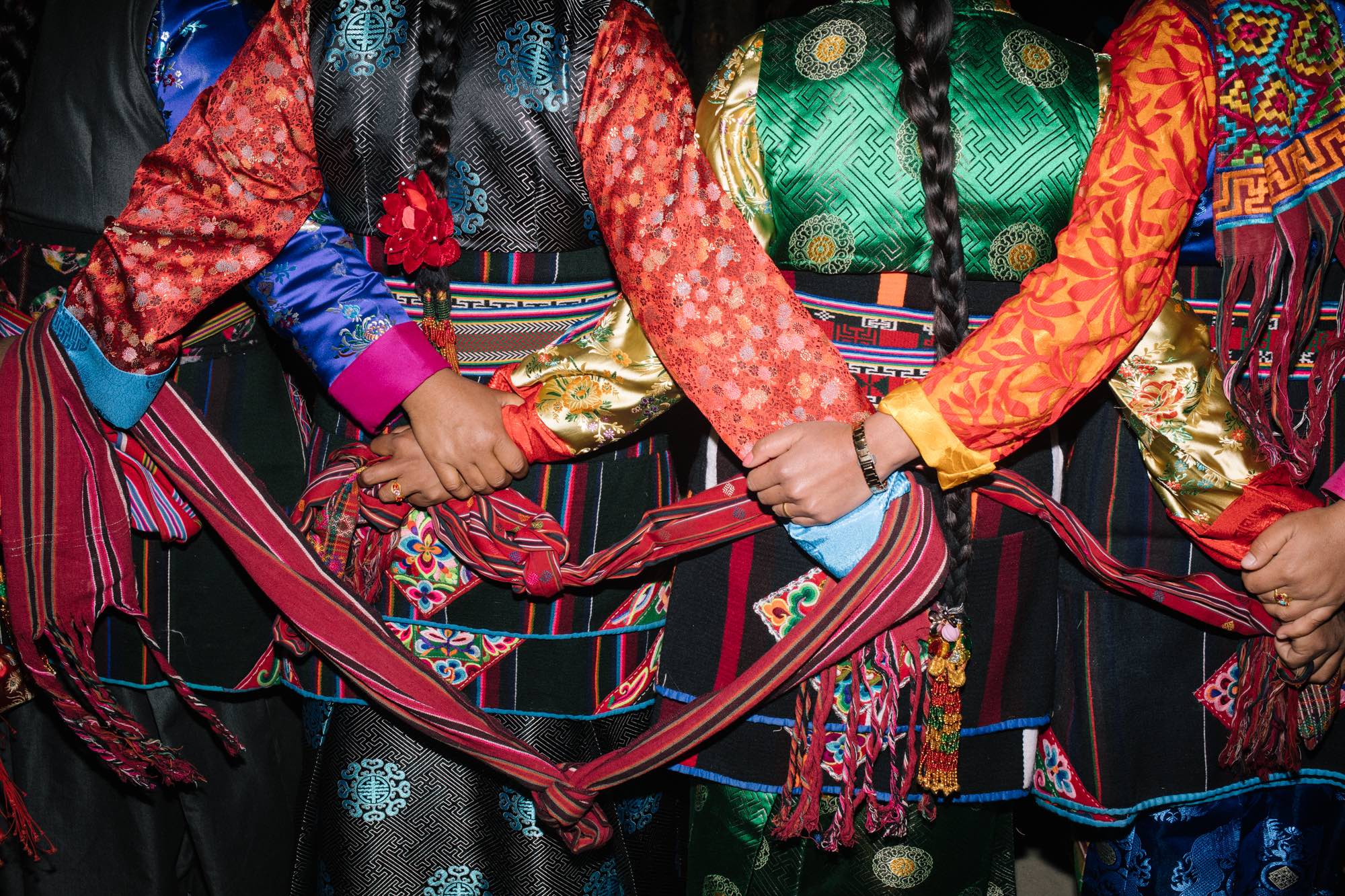 People from five villages, young and old, had gathered to witness the dance, song, prayers, and theatre that would carry on for five days. Men and women studying in Kathmandu had also returned to celebrate the festival. In the audience were migrant workers, and government officials transferred to Timure. 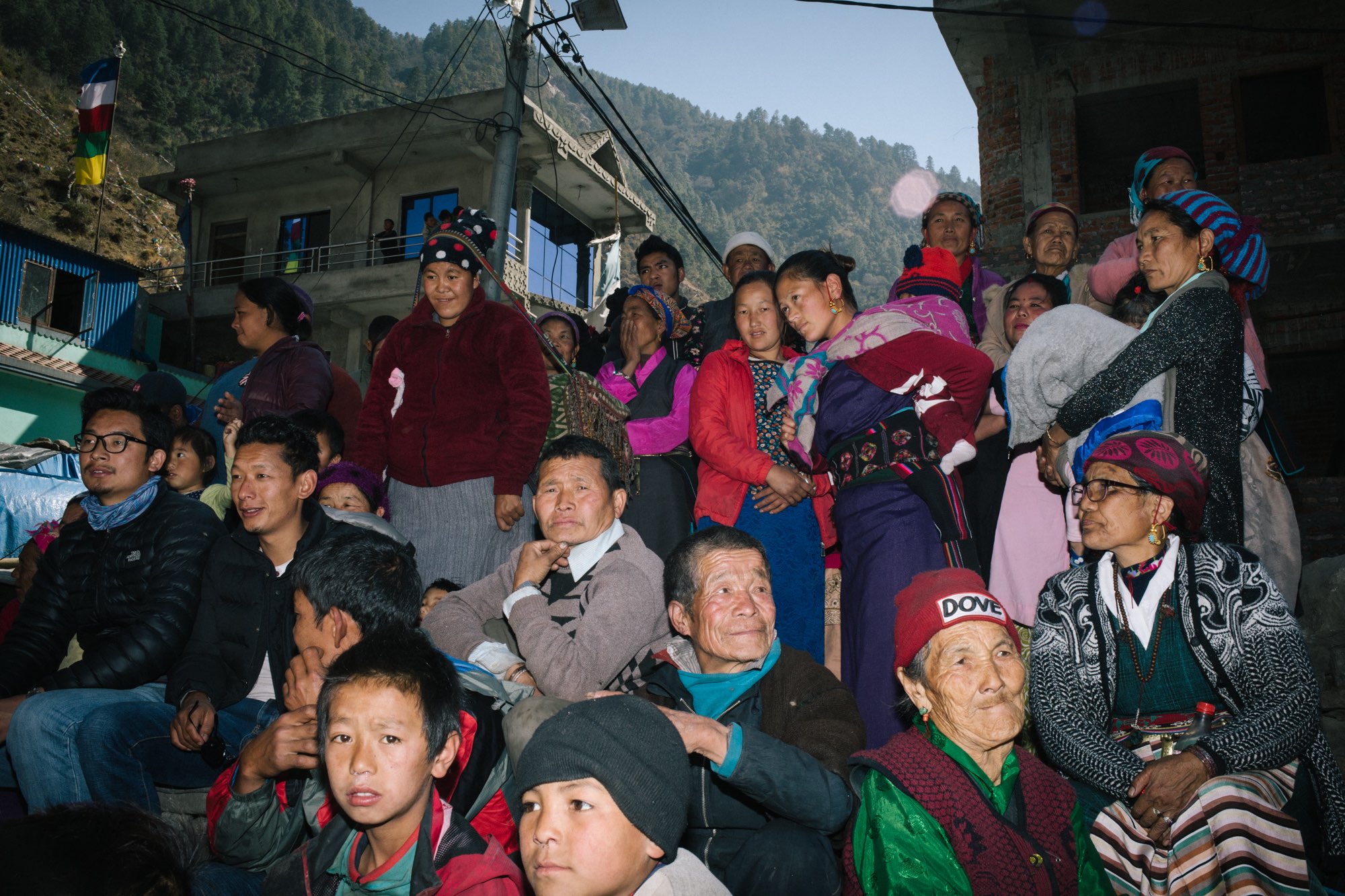 The first act in the Acharya dance were a horde of boys, naked save for a loincloth, wearing inflated condoms over their heads. They were duly blessed in the prayer room by the head Lama. Then the men followed, naked, intoxicated. They carried wooden phalluses and circled the altar late into the night, making sexually explicit gestures and comments.

With cymbals in hand, the main Lama danced through the night, guiding the young and the old performers. With a calm and serene face, he showed the moves, and played the Tungna.

“The festival is to honor the death of a local Lama who once saved Timure buried under a huge landslide,” he’d said in the morning. “It’s a mixture of prayers to local gods and goddesses and entertainment.”

The legend is that in ancient times, the people of the village sent five young people to study in Banaras, India, where they learned from the followers of Shiva [the god is usually represented by a phallus on a vagina]. They came back, the learned Acharyas, and every year on Mane Choppa festival, they began to perform a wild dance full of intoxication and profanities that delights the villagers and shocks the outsiders.

It’s a dance unique to the area. To those outside of Timure, the revelry elicits bewilderment. 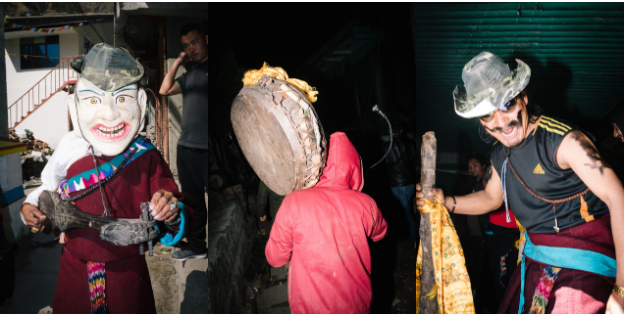 “They is nudity going on!” said Mahendra Shahi, an entrepreneur from Bajura who’d arrived in Timure after the 2015 earthquake. Business had been good. He ran a small store that sold cheap goods during the day, toothpaste and noodles, and moonshine during the night to migrant workers.

The dancer embraced him and he hollered excitedly. A government official joined in on the melee. But it was clear that some outsiders frowned upon the nakedness. A hotelier who’d moved to Timure last year to cash in on the boom said he’d complained to the police last year. But, so far, the complaints have been ignored. Some police and the army personnel also came for the spectacle. Good times were abundant, until, late at night, a stationary microbus, without warning or reason, ran into the dancing troop on its way to the river to perform a ritual. 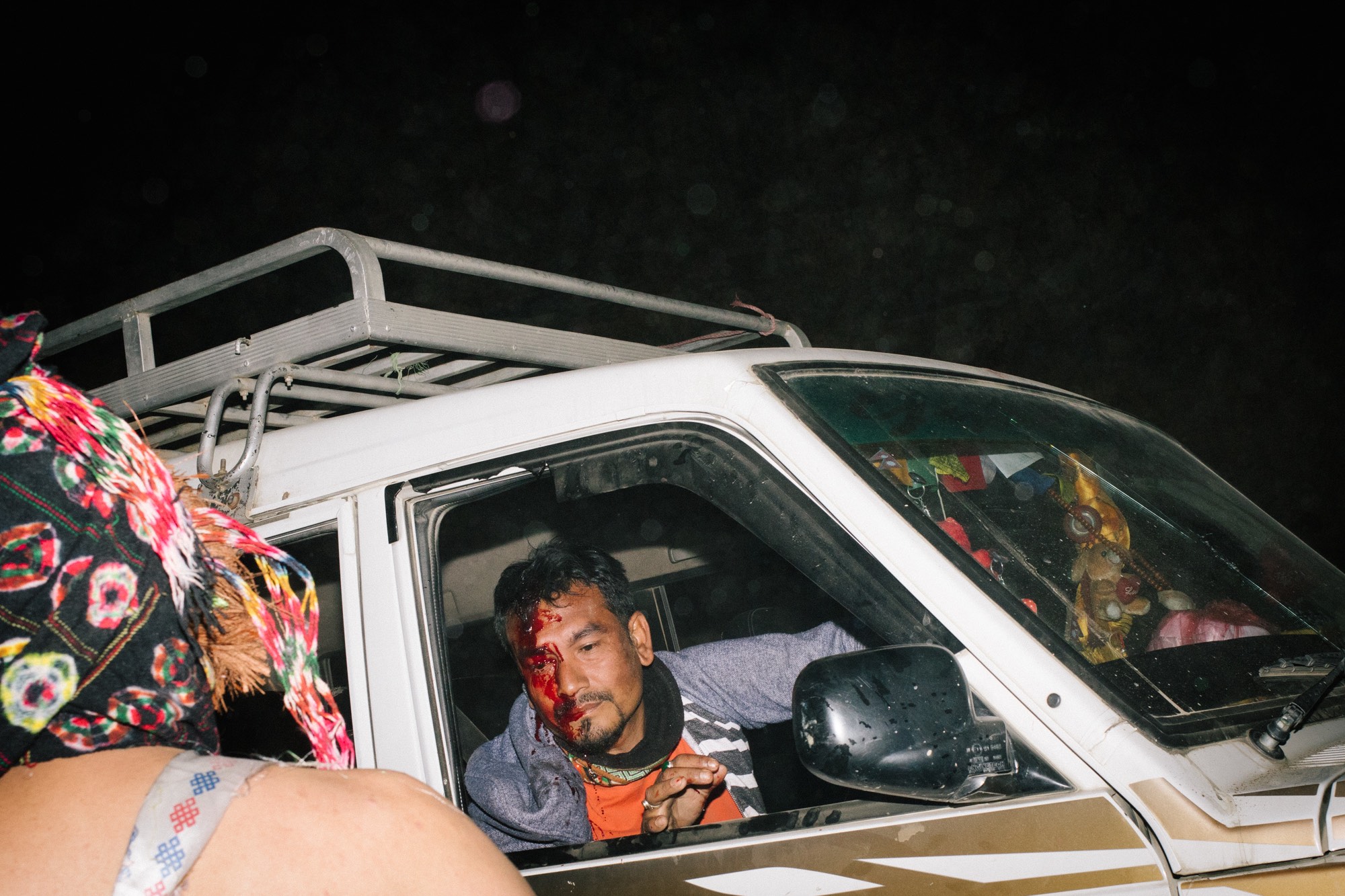 A dancer got a fractured leg, the troop retaliated, and the next morning the police made inquiries but no one was arrested and it didn’t stop the festivities the next day.

More young people are interested, and the villagers are better behaved. Youth from Timure who study in Kathmandu make it a point to return to the village, and the villagers celebrate.  The festival is getting better over the years, according to the head Lama. 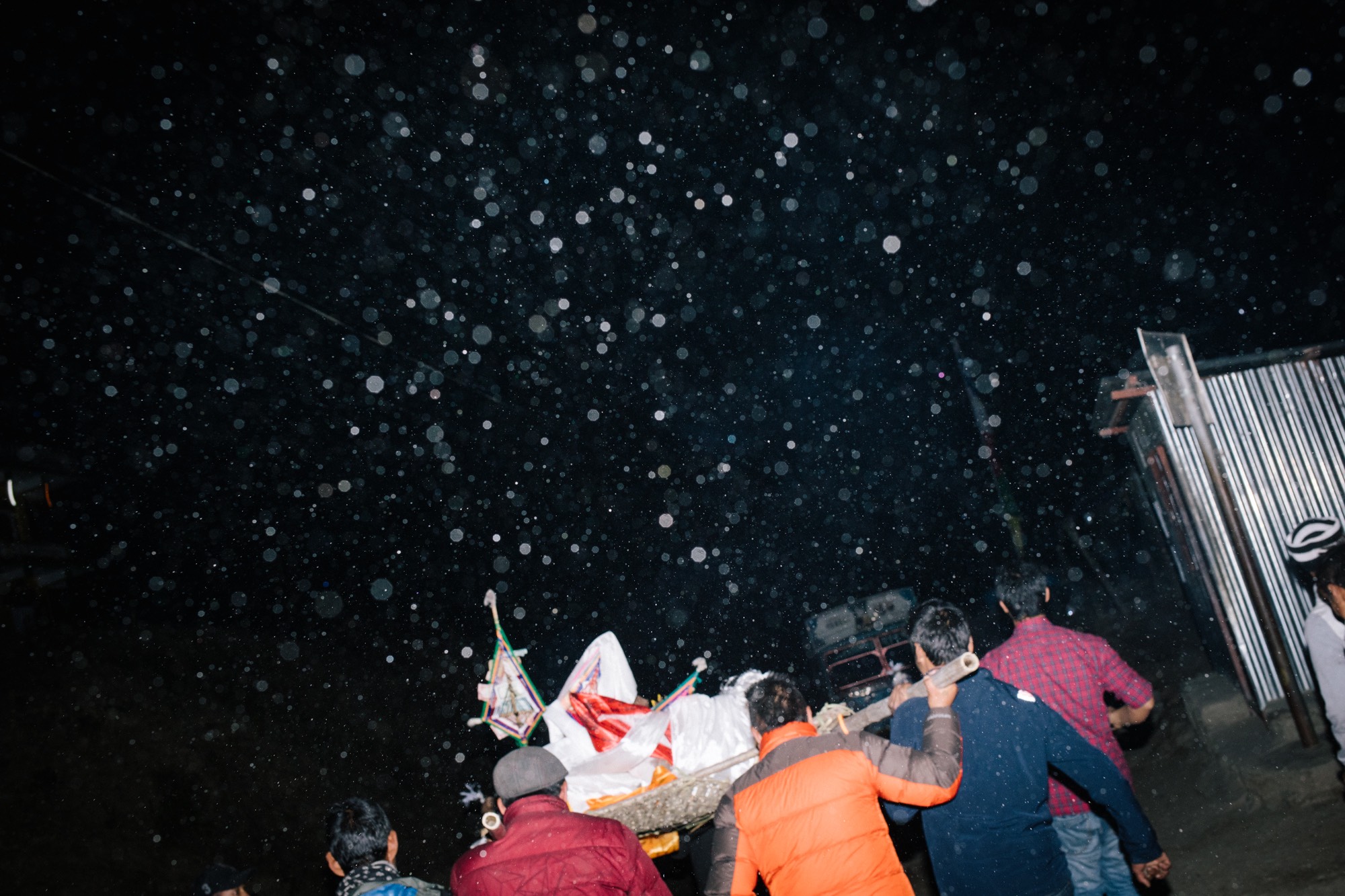 Prasiit Sthapit is a visual storyteller affiliated with Fuzz Factory and Photo Kathmandu. In 2016, he was the recipient of the Magnum Emergency Fund Grant and was selected for the World Press Photo Joop Swart Masterclass.

A journey to Surma Sarovar.

Valentine’s Day reinforces ‘ideal’ relationships as ones that are heterosexual, monogamous, sexual, and romantic, but love comes in all different shapes and sizes.

The pandemic’s batch of home-based bakers

During the many months of lockdown in the past two years, people revisited old hobbies or made new ones. Some discovered a love for baking and are still going at it strongly.