On the road in Humla

On the road in Humla 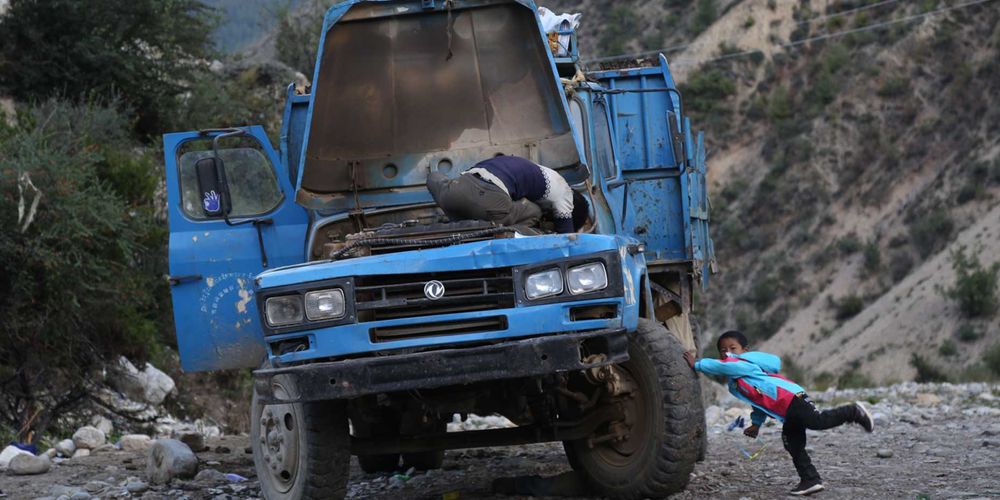 Roads have become synonymous with the idea of bikas (development) in the imagination of many Nepali people and the state. This is perhaps most dramatized in the remote district of Humla, situated in the far northwest Karnali province, and one of the last two districts yet to be connected by road to lowland Nepal. There, hopes and fears about the arrival of ‘the road’ are reaching a climax. Indeed, road construction has taken the center stage of the development and political agendas in the region, and its importance is an endless topic of discussion among Humli communities.

The construction of a motorable road in Humla is already a rather long story, though one still in the making. Work to connect Humla’s district headquarters (Simikot) with Nepal’s furthest northwest border with China at a road head market called Hilsa (Yulsa) began as far back as the late 1990s. The United Nations World Food Program (WFP) contracted the grueling work of shoveling rocks and dirt to widen the existing trails, often in exchange for poor-quality food aid rice, a commodity at the center of Humla’s political economy. After the WFP’s program was unable to bring substantial progress on the road, the work was picked up by the Department of Roads under Nepal’s Ministry of Physical Infrastructure and Transport. After decades of deliberation and punctuated activity, a dirt road crossed the Nara La pass in 2014 near the border with China at Hilsa. Over the following three years, six temporary road head markets sprung up and then quickly died out along the part of the road completed between Hilsa and Tumkot (Dhumbu).

Although impressive progress has been made on sections of the Hilsa-Simikot road, many hurdles remain along the route, including opening up the formidable Chachara cliff (pictured in this essay) and bridging the multiple river crossings that ultimately lead to the district headquarters. In contrast to exuberant press reports in Kathmandu suggesting that the completion of the road is imminent, we estimate that it will take another few years before the road reaches Simikot. The even more ambitious Karnali corridor road project, which aims to connect Hilsa with the city of Nepalgunj along Nepal’s southern border with India, remains an even more distant prospect for those who live in Humla.

In this photo essay, we show the construction of a Himalayan border road and the general state of transportation in Humla. We offer a glimpse into the flow and social lives of commodities and trade through the birth of temporary road head and road side markets, and explore how these shifting markets give rise to, if temporarily, new sites of social and economic activity. In so doing, we aim to highlight the ways in which the border population interacts with the changed realities of a market economy vis-à-vis traditional forms of production.

All photos were taken by the authors in April, September, and October 2017. Photos generally follow the road from Hilsa to Simikot.

This photo essay was originally published in HIMALAYA, the Journal of the Association for Nepal and Himalayan Studies. This work is licensed under CC -BY-NC-ND 4.0.