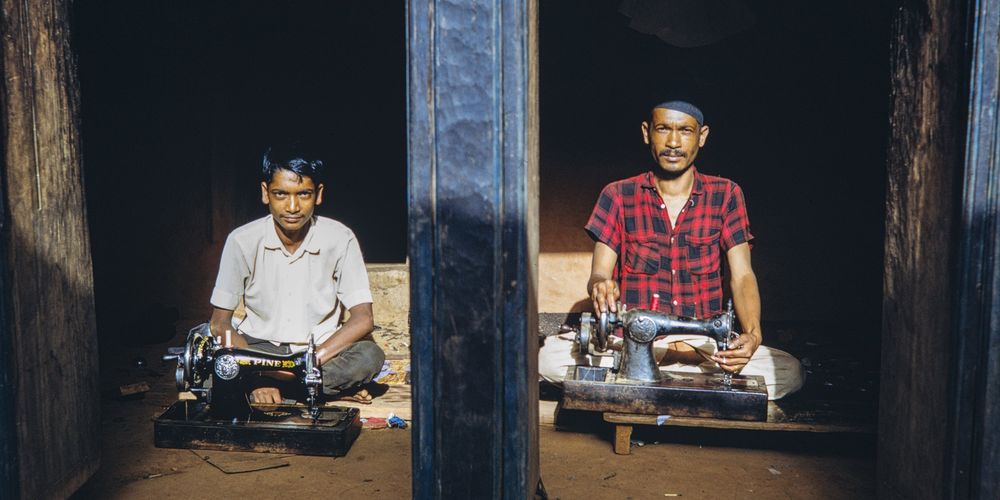 One of the opening pages of Dalit: A Quest for Dignity edited by Diwas Raja KC reads "I claim the accounting of humiliated history." It is clear that this is the guiding philosophy that undergirds the project of the book, which tries to shed light on the pains and the struggles, the structural injustices and the activism that have been foundational to the Dalit experience in Nepal. With photographs that show Dalit labor, joy, and political engagements alongside photographs that depict the unabashed brutality that they have been subjected to over the course of Nepali history, the book refuses to indulge in a singular narrative of either victimization or triumph. For KC and the curators involved with the project, telling the story of the "quest for dignity" involves acknowledging the agentive role Dalit people are playing in the ongoing struggle for equality while casting an unflinching eye on the dehumanization of Dalit bodies that has been an often ignored, integral aspect of Nepali history.

Telling Dalit stories through photographs, however, is no easy task, as KC acknowledges in the introduction to the book--"neither visualizing nor archiving through photographs are straightforward matters, not least from the Dalit perspective." KC discusses the fact that cameras have been prohibitively expensive in Nepal, meaning that photographs taken by Nepali Dalits are difficult to come by. Many photographs that make up this volume, therefore, are by travelers and photojournalists seeking to document the lives of people whose existence has been shaped by dispossession and violence. Because an archive of images that depict Dalit self-representation is not realistically possible to create in the Nepali context, the book uses the perspective of the non-Dalit observer with the “politics of affirmation in mind...presenting Dalit struggle in Nepal as fragments of contestation revolving around the themes of dignity and agency.”

The book is divided into three sections titled “The Toilers of the Land,” “The Sound of the People,” and “The Artisans of Freedom.” While there is no clear thematic separation and images throughout the book deal with the social, economic and political aspects of Dalit life in Nepal, KC highlights a particular set of questions and contradictions in each section.

Images in the first section show Dalit tailors, sweepers, farmers, butchers and cobblers engaged in work, and KC points to the fact that while Dalit labor is fundamental to the functioning of economic life in communities across the country, the “Hindu symbolic universe...consigns Dalit labor to impurity.” Many Dalits have historically been landless and moneyless, and manipulated into entering cycles of debt that are impossible to escape, leading to the intergenerational transmission of poverty. Economic hardships faced by Dalits cannot be separated from the stigma that has been placed on their bodies and their tools, and KC argues that what is of utmost importance in contemporary society is the creation of  “a value system that can recognize various forms of Dalit labor as worthwhile and meaningful contributions to society.”

The second section is concerned with music, art, and culture-- how Dalits have cultivated and sustained rich traditions of their own while being othered and ostracized by upper castes. KC talks about how prior to the proliferation of mass media in the country, “Dalits were at the heart of the Nepali public music tradition,” and music became an avenue through which many Dalits gained pride and self-esteem. Photographs show Dalit musicians from different regions in the country playing instruments at weddings, for tourists, and for their own entertainment.  The realm of cultural production is also one in which Dalits have been subjected to upper-caste cruelty, however, and KC says, “public events during which Dalits played their instruments were also occasions for demonstrating caste discipline. Dalits can be beaten up for refusing to play their instruments.”

The final section of the book concerns itself with the Nepali Dalit movement and the reframing of cultural discrimination and social exclusion “in a specifically political idiom.” There are images of influential political leaders such as T.R. Biswakarma, Saharsa Nath Kapali, B.R. Ambedkar on his Nepal trip, as well as local activists who have been working to organize and fight for the upliftment of Dalits in various parts of the country.

The book does what it seeks to do-- create a narrative that help readers “see” Dalit life in all its multi-facetedness-- with spectacular success. Nevertheless, there are some gaps that are inherent to a project of this nature that are worth addressing. As KC notes, “documentary photographs are good at affecting immediate emotional responses towards an event, but not so good at explaining causes and contexts behind the event.” While there is text that supplements photographs in this volume that provides much-needed information on the structural violence that is behind Dalit oppression, the book does not give a clear sense of who is culpable. A consequence of the decision to place Dalits at the center of the photographs, which does the work of making their lives visible-- is that the causality of suffering is vague and blame is not assigned to anybody in particular. This is a cause of concern primarily due to the fact that a significant proportion of the audience of the book is likely to be non-Dalit.

While “seeing” brutality is in and itself an important part of understanding caste society, the interpretive recognition involved cannot be left at merely the aesthetic.

A question poet Mark Doty has phrased poignantly is “How do we say that we have seen the suffering of others responsibly? Not to respond at all is a failure, to respond too easily is a lie.” Looking at images without positioning oneself as a voyeur is no easy task, and readers of this book/ viewers of these images need to engage with the question of “what now?” Becoming “aware” of “the pain of others” is not enough to repair or even mourn. Intervening in structures that we are always already implicated in is arguably the most fundamental of ethical obligations, and for non-Dalit readers of this book, figuring out a pathway to do this is important. By recuperating collective Dalit histories and stories, KC and the people involved with this project provide an important political resource, but moving beyond the consumption of visuals into working towards redress is up to the viewer/reader.

Editor's note: The photos and captions in the article are from Dalit: a quest for dignity, a photo-history book edited by Diwas Raja KC and published by Nepal Picture Library.

By reading the Quran and fasting during the holy month of Ramadan, Muslims build a personal connection with Allah and reinforce their faith.