But it's not a big deal, say the journalists detained in Qatar for six hours 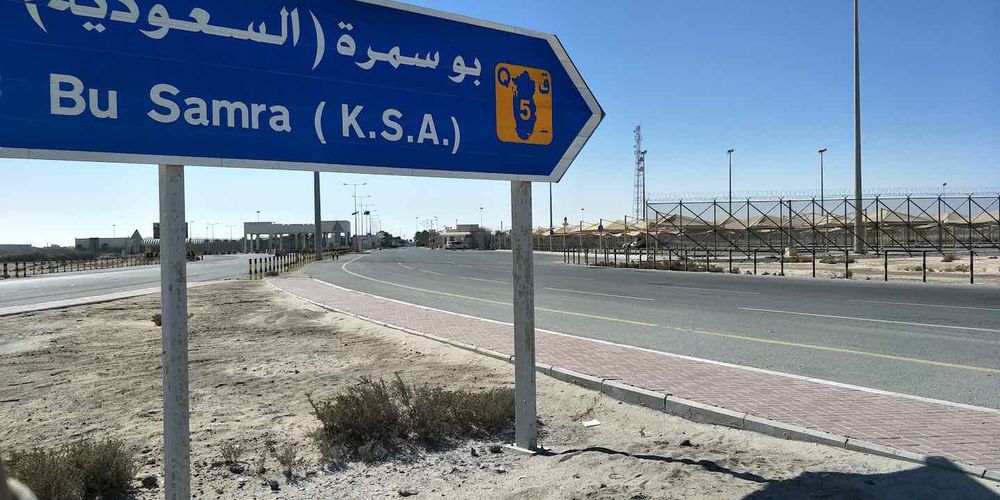 Two leaders of Nepal’s biggest journalist association arrested in Doha by the Qatar police on January 12 during an event of its Qatar chapter, and released six hours later, have returned back to Nepal.

"We were discussing press freedom with journalists at hall of Hotel Grand Palace when the arrests happened,” said Chairperson of the Federation of Nepali Journalists Govinda Acharya, who was taken into custody along with Ramesh Bista, the General Secretary. The program in Qatar was attended by the First Secretary of the Nepali embassy in Doha who tried unsuccessfully to stop the arrests.

The Qatar police repeatedly asked the journalists whether they were working for the BBC. Their phones were searched and the police deleted photos Bista had taken of Abu Samra, Qatar’s only land border crossing to the Kingdom of Saudi Arabia. Bista was later able to restore the deleted photo that shows the transit point deserted as a result of an economic blockade Saudi Arabia has imposed on Qatar since June 2017 after accusing it of “harboring a multitude of terrorist and sectarian groups that aim to create instability in the region”. Qatar refutes the accusations as baseless.

According to Bista, the Qatar police appeared to grow more suspicious when they saw photos from the border which they claimed was a “restricted place”. Before they were released, the journalists insisted with Qatar police that they were unaware of any restrictions since the place didn’t have any sign that said photography was prohibited.

“The Qatar police questioned us about the blockade, and the World Cup. They were also keen to find out about what we thought of the migrant workers’ situation,” Bista said. The police tried to convince the journalists that nothing was affected by the blockade, that the preparations for the World Cup football tournament Qatar is hosting in 2022 were going smoothly, and that the migrant workers’ situation was good.

“But hundreds of thousands of Nepalis workers in Qatar are scared about losing jobs,” he said, “the workers’ amenities have been cut down, and the blockade has hiked the price of necessities, and the workers’ wages are stagnant or falling.”

The organizers of the event had received permission to host a “cultural event” through the hotel, as required by Qatar’s law.

The journalists said Qatar police offered them coffee and chocolate and were frequently asked to compare their situation with how much worse it’d have been had it been Nepal Police that arrested them.

Acharya and Bista returned to Nepal on January 15. Asked about the silence from the FNJ about their arrest, Bista expressed concern that media attention could make things worse for Nepalis in Qatar as well to the relationship between Qatar and Nepal.

Despite ongoing tension in the Gulf and reports of mistreatment of workers, Qatar remains one of the top destinations for Nepali migrant workers.