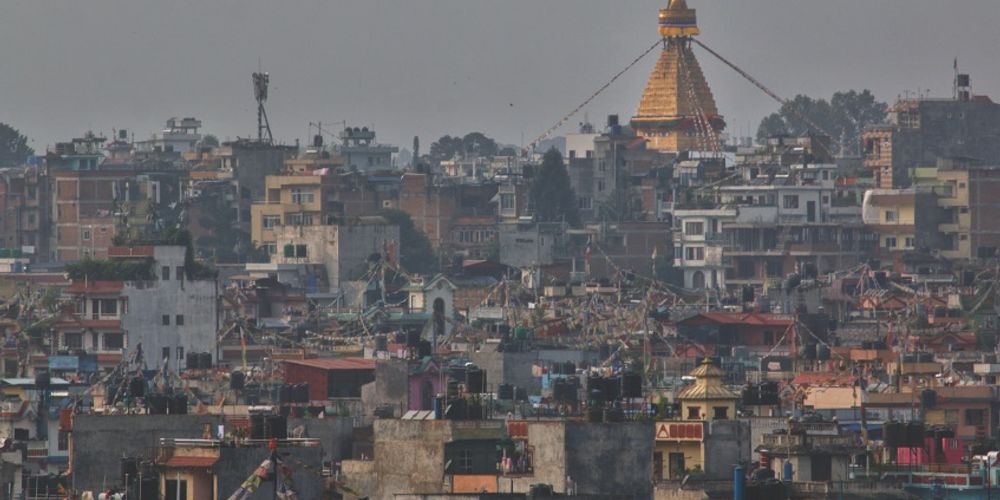 Nepal recorded 4,364 new Covid-19 cases in the past 24 hours, taking the national tally to 98,617 cases. With this, the country currently ranks 42nd in the world in the number of Covid infections.

In contrast, China — from where the virus emerged in December last year — has only 85,500 cases, with only 11 new cases detected on Thursday.

The dramatic surge in the number of Covid cases in Nepal is partly attributed to an increase in daily PCR tests. Today’s infection rate, at 23 percent, is alarmingly high. For the first time, Nepal managed to conduct 18,473 PCR tests in a 24-hour span.

Experts believe that the actual numbers could go higher if daily tests are ramped up.

“The cases had always been there. Many have died without even getting tested,” said epidemiologist Lhamo Sherpa, adding that the lower number of positive cases until today was largely due to the smaller number of tests.

Until recently, the government downplayed the actual severity of the community transmission by limiting daily tests. In fact, the government categorically instructed not to test people for the coronavirus after death even if they are suspected of having contracted the disease. With the increase in cases, Covid-related casualties have also risen sharply in recent times. With 12 deaths, Nepal’s death toll reached 590 on Thursday, with 183 of them recorded in Kathmandu Valley.

The discrepancy in the government’s words and actions has been baffling public health experts and the public equally. While the Nepal government claims to have a capacity to conduct 22,000 PCR tests daily, its records show that daily PCR tests have hovered around 10,000 ever since the pandemic started. During the first lockdown, the government significantly cut down on daily tests, reaching a minimum of 6,000 tests. Kathmandu youths even took to the streets in July, followed by a hunger strike, after which the government agreed to increase daily tests to approximately 10,000.

In the absence of a concrete plan required to deal with the crisis, the virus began to spread rapidly, especially after the lockdown was lifted in July. The government did not have any plans other than to appeal to the public to follow safety protocols. While there were only around 17,000 cases in Nepal in July, cases have increased five-fold in the last three months.

Dr Jageshwor Gautam, spokesperson at the Ministry of Health and Population (MoHP), announced on Thursday that there has been an increase of 10,000 Covid-19 cases per week, but put the blame on increased public mobility and the masses’ disregard for safety protocols.

“People who came to Kathmandu from different parts of the country and were required to stay in quarantine for at least two weeks did not do so. This was a major factor in increasing the number of cases,” said Dr Gautam.

Dr Gautam focused his attention on the spread of the virus in Kathmandu Valley since the nation’s overcrowded capital has proven to be a Covid hotbed. A total of 2,540 cases were confirmed in the valley on Thursday alone, comprising 58 percent of the country’s tally. Kathmandu district meanwhile, recorded 2,085 cases, and Lalitpur and Bhaktapur recorded 320 and 135 cases respectively.

With such a surge in infections, Covid patients have been complaining of being deprived of critical care as hospital administrations refuse to admit critical patients, citing occupied ICU beds and ventilators. When this issue was raised during MoHP’s daily press briefing, Dr Gautam downplayed the scarcity of medical care but reiterated his appeal to the public to refrain from going to hospitals unless they show severe symptoms.

“Of the total 181 ICU beds in Kathmandu, only 82 are occupied which is just 45 percent occupancy of the total capacity. Out of 76 total ventilators, only 35 percent are occupied,” said Dr Gautam.

He said service at Covid-19 designated hospitals will start round the clock from now onwards.