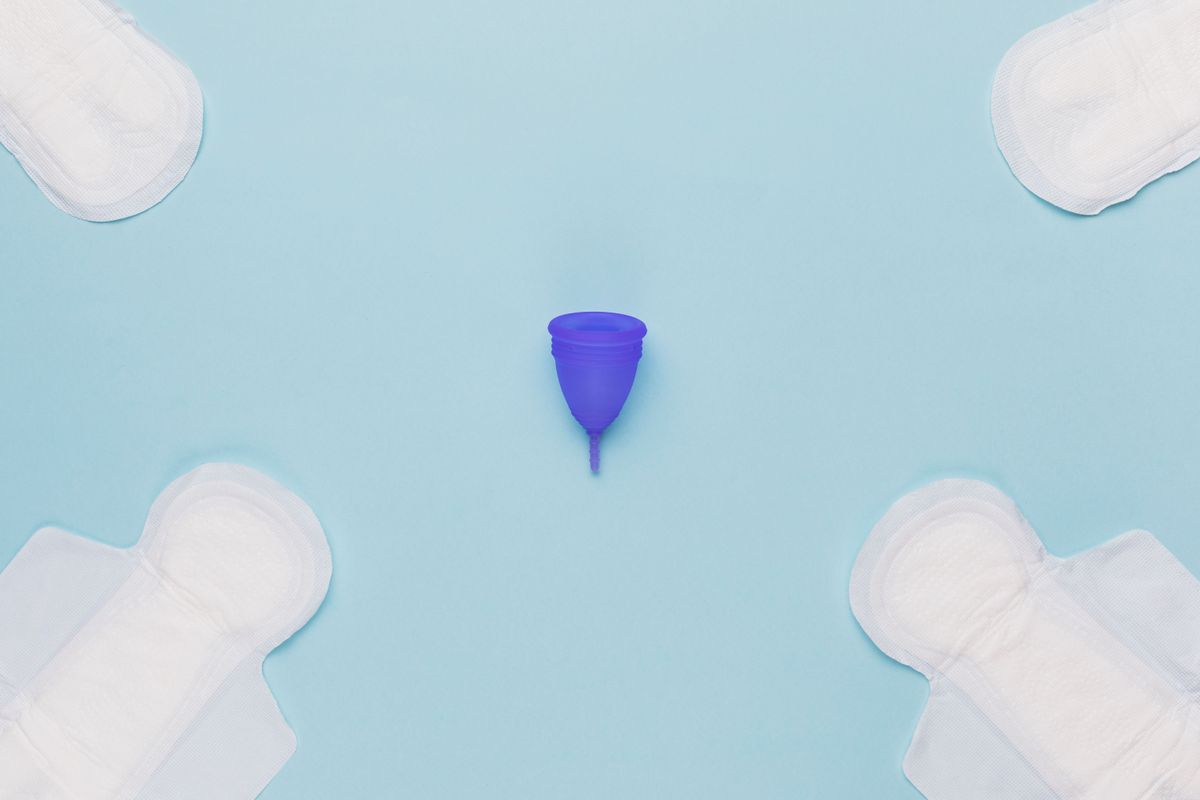 A decision as simple as choosing a menstrual product can be tough for women and girls in Nepal. But with the availability of more convenient products like tampons and menstrual cups, more women and girls are now switching, or at least have thought about switching to these products from traditionally and widely used sanitary pads. However, there are impediments to switching, which I will attempt to tackle here.

Most of the following insights are based on my conversations with young women and girls during training sessions I have conducted on menstrual hygiene management and the use of Ruby Cups as part of the nonprofit, Putali Nepal.  The questions and concerns that come up in each session are reflective of Nepali society’s parochial attitudes and the curtailing of women’s autonomy to make decisions about their own bodies.

My sessions generally begin with a large image of a uterus displayed in front of the room which no doubt reminds many of school exams where a compulsory question would be to draw the anatomy of the male or female reproductive systems. In school, we’d practice the diagram over and over again, labeling the organs and rote learning their functions to receive the perfect score. With that much practice, we thought that we at least knew our basic reproductive anatomy. But it seems like we didn’t learn much. Whenever I show participants the vaginal opening through which a menstrual cup is inserted into the vaginal canal, curious pairs of hands always rise up to ask, “What if I need to pee? Do I remove the cup and insert it again?”

I then switch to an image showing a lateral view of the female reproductive system. Pointing to two distinct openings, I ask, “How many of us know that our vaginal opening and our urinal opening are different?” I rarely see nods. Most of the time, I am greeted with confused looks. I explain to the group -- sometimes consisting of young girls and sometimes of women well into their late forties with children -- that women bleed and urinate from different openings. This means that when your menstrual cup is sitting in the vaginal canal collecting blood, you do not need to remove it every time you have to urinate.

Such a lack of information about basic anatomy, especially in young people, can directly translate into unsafe sexual practices. I’ve come across multiple instances of young people thinking that sperm can be washed away by urinating after unsafe sexual intercourse. This is deeply upsetting, considering that our school curriculums have compulsory chapters on sexual and reproductive education. Yet, we fail to not only have open conversations around sexual and reproductive health and well-being, but also to communicate the most basic, yet vital information about our bodies. We limit sex education to rote learning diagrams, or skipping the chapter altogether, leaving young people to rely on sources that might not provide them with the best or even correct answers. And young people not getting these answers, especially when their bodies are experiencing rapid changes, can be dangerous.

One question that comes up often is whether these menstrual cups are only for married women. The question itself has deep roots in our societal stigma against premarital sex. Society has ‘licensed’ sexual intercourse for married women and the question arises from a concern with the hymen. Virginity and women’s ‘purity’ are so sacred in Nepal that women have been abused, beaten, and even burnt alive on accusations of immorality, or simply because they did not bleed on first intercourse. The belief that every virgin woman should bleed on the first intercourse, which is only expected after marriage, is very problematic, to say the least. And this is one of the biggest hindrances behind women not choosing a menstrual cup.

Virginity is a social construct. When only heterosexual marriages were considered the norm, having penetrative sex meant losing your virginity. However, the definition has changed with time. Homosexual and heterosexual couples can engage in many other kinds of sexual activity that can be non-penetrative. However, in many conservative societies, virginity is defined by a flap of tissue covering the vaginal opening -- the mighty hymen.

Hymens are surrounded in myth. In their TEDx talk, ‘The virginity fraud’, two women, also the authors of a book about the vagina, present two interconnected myths about virginity and hymens that have for years “been used as a powerful tool in an effort to control women’s sexualities”. The first is that people consider hymens to be a seal barricading the entrance to the vagina. The first penetrative sex act is supposed to ‘radically alter’ the hymen. This leads to the second belief that such an impact on the hymen results in bleeding.

However, hymens are not seals; rather, they are elastic tissues of different shapes and sizes. Some women are born without hymens. These pieces of tissue stretch in order to welcome whatever is entering the vagina. Moreover, exercising, cycling, running, and other physical activities can also stretch or tear the hymen. So hymens do not break in the manner that we think, and hymens often have little to do with virginity. Neither does a menstrual cup.

Whenever I talk about how the silicon menstrual cup stays open in your vaginal canal, collecting blood for about 12 hours, some women ask if the placement will loosen their vaginas. This myth, that vaginas ‘loosen’ through sexual intercourse or through the use of tampons and menstrual cups, is again associated with ‘virginity fraud’. Vaginas in fact have a wonderful ability to stretch to make room and return to their original shape. It is akin to asking if my mouth will get bigger every time I open it wide to eat a burger.

Jokes aside, a ‘loose’ vagina is a very scary idea to women because it is associated with decreased sexual pleasure for their partners. Women have been conditioned to believe that they must ‘satisfy their husbands’ in bed. Thus, they are often led to question their sexuality and their ‘abilities' in case of the husband’s infidelity, abuse, or a failed marriage. Women would rather not let that happen and hence, discard the idea of inserting anything into their vaginas prior to marriage. Infact, some women are even forced to go through ‘hymen restructuring surgery’ fearing family and societal judgments.

I remember one participant, a mother, who said, “I wouldn’t be as concerned if I didn’t have to marry off my daughter. There is no guarantee that the man she will marry will understand this. What if he questions her character and treats her wrong? I don’t want to take that chance.”

It is deeply troubling that these concerns arise when we have to make a decision as simple as choosing a menstrual product. The importance that society places on marriage, and the surveillance of women’s virginity until then, are so pervasive that women would rather choose discomfort over societal stigma.

The dawn of happy vaginas

However, not all conversations are grim. Menstrual cups are a liberating experience for many women and girls. For many, inserting a cup for the first time is an excuse to sit in front of a mirror, peek into their vulvas, and explore the realm ‘down there’. The cups have led many to realize that they don’t bleed half a liter or more, only about eight teaspoons. They have also become a reason for women and girls to talk about their vulvas and share intimate experiences, which otherwise would have been labeled as ‘too bold’ or ‘vulgar’. They have helped women take a step further towards challenging and breaking societal stigmas about menstruation, their bodies, and sexualities. Most importantly, cups are creating a community of women and girls who are willing to listen to one another, educate, and break out of the cocoons that society has forced us into.

How a small silicon menstrual product is creating a space for women and girls, and even men, to understand women’s bodies is miraculous, especially in a country like Nepal where talks of women’s sexuality is often taboo. As Eve Ensler writes in one of her pieces in The Vagina Monologues, “Women secretly love to talk about their vaginas. They get very excited, mainly because no one has ever asked them before.”