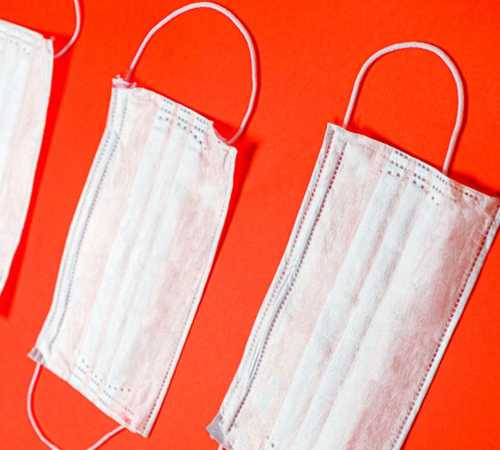 Wednesday saw two developments that will make it that much more difficult for Nepal to tackle Covid-19. On the day, the country registered the highest number of single-day Covid deaths so far, and frontliners in Nepal’s oldest hospital tendered their resignation en masse, on the grounds that their basic workplace requirements had not been met. The doctors have also complained that the hospital has not provided them essentials such as PPE.

Sixteen doctors working at the emergency department of Bir Hospital on Wednesday tendered their resignations to the hospital management, citing mistreatment by the hospital. In the resignation letter, the doctors claimed that they have been forced to work for 24 hours at a stretch and 96 hours per week, without being paid the promised Covid allowance.

“In fact, we did not get our salary last month,” said Dr Bhabindra Karki, one of the doctors who tendered his resignation.

His resignation has not been approved by hospital management. Had management approved the doctors’ resignations, the hospital’s emergency would have had no doctors. But so far, the doctors have not walked out. Dr Karki said that’s because management has assured them that their duty hours would be shortened and that the allowances would be provided ahead of Tihar.

“We cannot walk away and put patient lives in danger, but we will continue to fight for our rights too,” said Dr Karki.

Ever since Covid-19 hit the country, medical workers have been ignored, overburdened, and underpaid. And this, even though doctors have been treating both Covid and non-Covid patients round the clock. The nurses do the same. But the government has neither paid them on time, nor thought about easing their duty hours.

The nation recorded 30 deaths in the past 24 hours, the highest single-day total, taking the national tally to 1,034. As of Wednesday, the total number of infections had reached 182,923. The death toll in the Valley reached 388, which comprises 37 percent of the country’s total death figures. The overall death toll mentioned earlier is the number of deaths maintained by the MoHP, while the figure for deaths maintained by the Nepal Army, which has been managing the bodies of the people infected with the coronavirus, has crossed 1,400.

The MoHP has denied that it has been deliberately attempting to show lower death numbers. However, the figures given by the ministry appear to be wrong. And the ministry has formed a committee to figure out the actual number of deaths due to Covid. That said, the ministry has been trying to keep the number of Covid cases low.

Whatever the actual numbers, Nepalis are not faring too well. Due to the lack of timely critical health care, patients have started to die at home: the government has ordered the infected to confine themselves at home unless their ailment reaches a critical phase. Others are dying on their way to hospital or while awaiting intervention in isolation wards.

Furthermore, due to the lack of ICU beds and ventilators, many Covid patients, especially those from poor economic backgrounds, have been forced to pay hefty fees to avail of care at private hospitals--even as wealthy, politically connected people have occupied most beds in government hospitals, where the fee is substantially lower than at private hospitals.

Nepal, a country of 30 million people, is today facing a shortage of medical professionals. Some of them are already infected with the virus. Government statistics show there are about 26,000 doctors in Nepal and 50,000 nurses. As much as 30 percent of the country’s registered doctors are said to have migrated to developed countries in recent years owing to Nepal’s low pay scale, lack of social security schemes, and because they wanted a better future, among others. Among those who have remained here, more than 500 doctors have already been infected, whereas the number of nurses infected in the course of providing corona treatment stands at 800.

The least the government could do would be to treat these essential workers properly. But the government has not come through on the special incentives it had pledged to frontline health workers. Most of them have complained of being deprived of the allowances promised to them. “Many health workers are already disheartened and unmotivated,” said Dr Rabindra Pandey, a public health expert. “Some are considering resigning, rather than risking their life to the pandemic, especially since the government is not looking out for them at all.”