In his new book, writer Thomas Bell peels back Kathmandu's many layers for an intimate look at our capital city 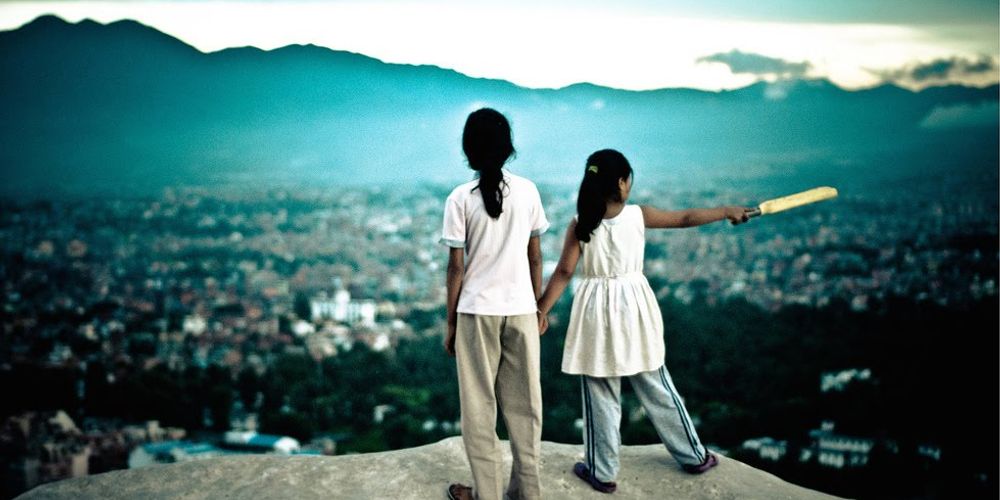 Confronted with the dramatic political events in the late 1960s in the United States, a society deeply riven by the Vietnam War and rapid social change, the theologian Abraham Joshua Heschel, when asked about his faith in the future, was known to say, “I’m an optimist­­­—against my better judgment.”

Looking at the state of Kathmandu over the last few decades, it would take a true Pangloss not to be concerned about the future of this uniquely historic valley. One doesn’t have to look far to see the rapid urbanization, the degradation of the environment, the foul rivers, the common corruption of the bureaucracy, the chemical debasement of the food, and the rag and bone shop of the heart.

Yet the immutable changes that have dramatically changed the urban culture of Kathmandu cannot be easily separated from the recent political history of the nation. The astonishing transition from the somnambulant autocratic Hindu kingdom of Birendra-sarkar in the 1980s through the venal musical chairs of the Nepali Congress and United Marxist-Leninist (UML) governments of the 1990s into a decade-long rural Maoist insurgency, followed by the collapse of the monarchy and the stunning election of the Maoist revolutionary leader as prime minister would, in itself, have been enough to make any stable society spin out of control.

The fact that Nepal has not and continues to faithfully follow many of its ancient traditions—evidenced by women lining the streets last week heading to Pashupatinath to honor their husbands (and escape from their marital obligations for a much deserved day off)—is a testament to the depth and vibrancy of a durable and resilient civilization.

No doubt, anyone who threw themselves head first into this historical drama over the past few decades would have been awed and overwhelmed by the variety of lives lived in this dense, disorienting world of Kathmandu. For most first-time bideshis it’s been more than enough to hug tight to their jobs, families, or new friends and sail away on these dark, uncertain currents for a few years. For the rare few who have the intelligence, curiosity, and time, the fascination can be intoxicating for a lifetime.

For Thomas Bell, British national, voyager, journalist who arrived in Nepal in 2001 just as the demands of social change were breaching the levies of a dominant self-centered Kathmandu society, the attraction was irresistible. And, like the proverbial oyster, that subtle irritation has produced a pearl of a story for those of who can’t resist looking anew at this complex, confusing cosmopolitan city.

From his arrival in a back alley bahal of Patan where he rented a room for thirty pounds a month with electricity but no hot water, where his landlord wrote the names of the Nepali months on a scrap of paper as a receipt, Bell quickly understood some of the underlying rules of the game.

Bell recognized “the freedom the system gave [him]” when “there is never any right of way, which means you can never be completely wrong.” He noted that “despite the layers of obscure belief and custom, the hypocrisy and lies,” he often felt that “Kathmandu people have a better grip on reality than [his] own deluded countrymen.”

Living in the heart of Newari Kathmandu, Bell quickly learned that for most non-Newar “all Newar were more or less the same.” Observing Nepali society with the openness of the outsider, Bell quickly perceived that the elaborate, complex caste and ethnic identities of an increasingly diverse Kathmandu treated each other “with a mixture of tolerance, anxiety, mild bemusement, indifference and contempt.” Yet, as an aspiring journalist, although he could perceive the elitist discrimination toward Dalits and Madhesis, with the Maoist conflict raging across the countryside he knew he could not fully understand the identity power politics of the city without observing the countryside.

What Bell may have intended as more of an urban biography of Kathmandu is drawn into the unfinished story of the flailing effort to recreate Nepal as a modern, inclusive, secular, federal republic. To understand better the Kathmandu of bejeweled Ranas, decorated generals, and clever politicians whom he would meet at the requisite cocktail parties of the international set, Bell travels with young Maoist sympathizers into the rough hills past Baglung. There to his chagrin he sees both the poverty and isolation, as well as the ideological rhetoric of the Maoist youth, who have been misled by both promises of a homegrown Marxist revolution and insincere donor-driven social inclusion initiatives.

Like a kaleidoscopic Hockney photo collage, Bell’s story segues across vignettes of the Kathmandu mandala, relentlessly struggling to frame the city through the early Licchavi and Malla kingdoms, centuries of Himalayan military conflicts and the internecine nineteenth century Chhetri-Thakuri dynastic rivalries that mirror “Game of Thrones,” straddled by the always influential nepotistic Brahmin courtiers. As he shares his personal reflections, Bell reads and recalls sociocultural impressions of earlier European (mostly British) visitors from centuries past to the once isolated Valley.

Meandering on his motorcycle across the centuries that define the city, Bell meets with Nepali friends, American academics, development-wallahs, and the ever-present security forces. He offers first-hand perspective on the 2003 riots after Nepalis were murdered in Iraq (when the security forces mysteriously stayed off the streets) and the massive 2006 Maoist multi-party people’s movement that eventually ended the Shah kingdom to usher in Nepal’s latest effort to transplant democracy (dom kwasi, “bull’s balls” . . . ) on this once fertile soil.

Quoting poet Bhupi Sherchan’s sharply cynical vision of Kathmandu—“where instead of our sacred rivers . . . now beer and whisky flow”—Bell guides us through the past, present, and future of the “mutable heap” he calls Kathmandu, noting, as in many of his deft humorous asides, that “even heaps of reeking trash were holy, if they were in the right place.”

Throughout these 400 pages of insightful stories and Walker Evans–like photographs, flowing easily across centuries, from the personal to political, from tole to temple, from foreign perspective to national pride, Bell’s aphoristic observations are rich with insight and irony. As he slyly notes, “if the [donors] didn’t give money they wouldn’t be donors” to explain his own personal “walnut” theory of development where the donors and government are locked together in a mutually beneficial myth of doing well (for themselves) by doing good (for others). Matched by his truly fearful thought that “the thing that is forbidden is also the thing that is done.”

Yet both the distant and recent past recede as Bell’s writing is caught up by a search for uncomfortable and unspoken truths at the end of the Maoist rebellion. His perspective on Kathmandu is diverted in the final chapters, as Bell himself becomes part of the passion, now working with a multilateral agency, equally obsessed with the politics that has always absorbed this city.

These final chapters may make extremely uncomfortable reading for the foreign security services that provided assistance to the (once) Royal Nepal Army in their war with the Maoists while seeking to balance their regional security concerns with a publicly professed human rights agenda. Bell traces a furtive intelligence operation called “Mustang” supported by MI6 that he believes, if a Truth and Reconciliation Commission is ever established, could seriously implicate the British government in complicity in torture and disappearances during the conflict.

As Bell closes his fascinating meditation on a city where he has lived for more than a decade, married into the society and begun to raise two children, he strolls a narrow, darkened gully fearful for the future of his adopted home. His final vignette is of his young daughter at night watching a proverbial Nepali goat (maaa, maaa) being offered to the local gods.

The sacred and the sacrifice: such images follow Bell throughout his finely textured, unfinished journey deeper and deeper into the elusive secrets of Kathmandu.

Keith D. Leslie  Keith D. Leslie has lived and worked in Nepal the past thirty years. He is currently employed on a social accountabilty/budget transparency project and tends his bamboo garden on the outskirts of Kathmandu.

Days and nights in Nepalgunj

Life, politics, and identity in an underappreciated border city

In his new book, writer Thomas Bell peels back Kathmandu's many layers for an intimate look at our capital city