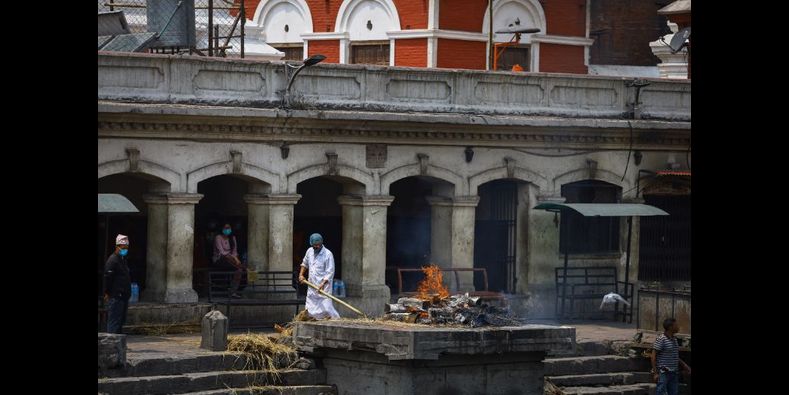 All through the day and night of May 16, 25-year-old Rakesh (name changed), kept pleading with health workers at a quarantine facility in Narainapur, Banke, to take him to the hospital. Rakesh, a migrant returnee from Mumbai, was first brought into the makeshift facility housed in a school building on May 12 to be monitored for a possible Covid19 infection. Less than a week later, his health had deteriorated; aside from high fever, he was vomiting, had frequent diarrhoea, and complained of breathing difficulty.

Health workers at the facility had been working without PPEs and were afraid of getting proximal with suspected patients. They kept telling Rakesh that an ambulance would soon arrive to take him to the hospital. It did not. Rakesh died the next morning, becoming the second patient whose life was taken by Covid19 in the country. Rakesh is survived by a wife and two children aged three and five.

“We could certainly have saved him had he received immediate medical attention,” Krishna Chandra Maurya, ward chairman of Mataihiya in Narainapur, told the Record.

Alam Khan, a journalist and human rights defender who had followed his case, told the Record that the deceased had been denied drinking water, although he was severely dehydrated due to constant diarrhea and vomiting. To make matters worse, the negligence continued even after the death.

“His body was left out in the open under the scorching sun until late noon, although he died early in the morning. It is the height of negligence,” said Khan.

Testimonies from family members, ward representatives and local human rights defenders that the Record spoke to said that Rakesh’s death could have been avoided with timely medical attention and necessary care. They all pointed to a pattern of negligence and a broken health system.

Istiyak Ahmad Shah, mayor of Narainapur Rural Municipality, claimed that the concerned health workers had, in fact, called for an ambulance in order to take Rakesh to the hospital, but the driver refused to attend the call, citing the lack of PPEs. Shah blames the central’s government’s apathy in supporting local health centres and preventing the loss of life. However, ward chairman Maurya blames the mayor for Rakesh’s death.

“It is his responsibility to account for the whereabouts of ambulances, especially when a person is on the verge of dying,” Maurya said.

Khan, the journalist and human rights defender, also believes that the concerned officials should have adopted a second option when the driver refused to bring the ambulance.

“They could have called the Nepal Army’s ambulance, or other ambulances in the district. There was plenty of time for that,” he said.

Rakesh’s death is just the tip of the iceberg in a sea of negligence displayed by the government, throwing patients into avoidable risks and contributing to their possible deaths. Since May 16, Nepal has confirmed three Covid19 deaths, all of which were abetted by the negligence of local authorities, coupled with the unavailability of ambulances and under-resourced medical staff. Three days before Rakesh’s death, a woman became victim to Nepal’s first Covid19 related death under similar circumstances. After suffering similar symptoms at her home in Barabise and calling for an ambulance, she had waited around seven hours before she finally arrived at the hospital.

Read also: A man returning home on foot dies in desperation instead

“Those hours took her life,” her husband told the Record. By the time the ambulance had arrived, her condition had worsened significantly. She took her last breath on the way to Dhulikhel Hospital.

For a country where every leader, mayor and government official from the post of joint secretary or even undersecretary rides a government vehicle, Nepal has far too few ambulances to meet demands, the pandemic notwithstanding. In fact, the Ministry of Health and Population seems unaware of the exact number of ambulances currently operating in Nepal, although around 1,800 have acquired permission so far. Their need is being felt widely under the current pandemic when nearly all health centres, including health posts, are struggling to cope with the inflow of emergency cases.

“There are ten ambulances with us in Kathmandu, while others are being operated by municipalities,” said Prem Duwa, a health ministry official.

Moreover, officials say that hundreds of ambulances are currently in garages because drivers are afraid of acquiring Covid19 infections themselves. The guidelines on ambulances necessitates training, PPEs and a safety code for drivers, although their implementation remains a problem.

It's not just ambulance drivers but virtually all health workers who are in dire need of PPEs and other safety gear. Most workers have been forced to work without N95 masks, protective medical goggles, surgical goods, face shields, medical gloves, medical shoe covers and sanitisers. This has not only led to compromised care of patients, but also exposed the caregivers themselves to the deadly virus. Several health workers have already tested positive for Covid19, in what some experts fear could turn into a public health crisis.

Compromised healthcare was reportedly the reason behind Nepal’s third Covid19 related death; a 41-year-old teacher from Gulmi died while receiving treatment at the Butwal-based Crimson Hospital. Accusing the hospital of keeping him under ventilator support without administering any medication, family members of the deceased had initially refused to allow cremation. A group of Nepal Army personnel later cremated his remains following an agreement with the hospital.

“We gave permission for the cremation only after the local administration assured us of a proper investigation,” said Khim Bahadur Kunwar, a relative.