How to Do Nothing

How to Do Nothing

Lightly edited excerpts from “Surviving Usefulness”, Jenny Odell’s introduction to her book How to Do Nothing: Resisting the Attention Economy. 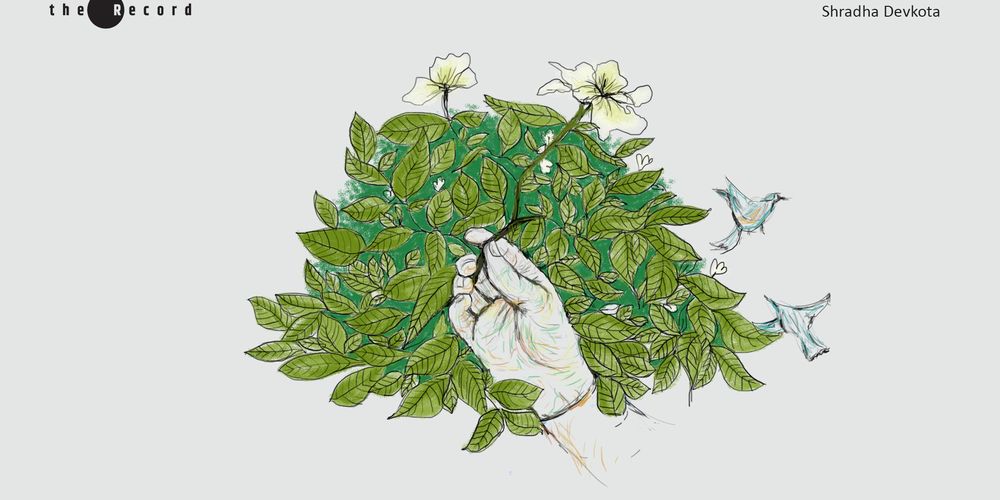 The fact that the “nothing” that I propose is only nothing from the point of view of capitalist productivity explains the irony that a book called How to Do Nothing is in some ways also a plan of action. I want to trace a series of movements: 1) a dropping out, not dissimilar from the “dropping out” of the 1960s; 2) a lateral movement outward to things and people that are around us; and 3) a movement downward into place. Unless we are vigilant, the current design of much of our technology will block us every step of the way, deliberately creating false targets for self-reflection, curiosity, and a desire to belong to a community. When people long for some kind of escape, it’s worth asking: What would “back to the land” mean if we understood the land to be where we are right now? Could “augmented reality” simply mean putting your phone down? And what (or who) is that sitting in front of you when you finally do?

It is within a blasted landscape of neoliberal determinism that this book seeks hidden springs of ambiguity and inefficiency. This is a four-course meal in the age of Soylent. But while I hope you find some relief in the invitation to simply stop or slow down, I don’t mean this to be a weekend retreat or a mere treatise on creativity. The point of doing nothing, as I define it, isn’t to return to work refreshed and ready to be more productive, but rather to question what we currently perceive as productive. My argument is obviously anticapitalist, especially concerning technologies that encourage a capitalist perception of time, place, self, and community. It is also environmental and historical: I propose that rerouting and deepening one’s attention to place will likely lead to awareness of one’s participation in history and in a more-than-human community. From either a social or ecological perspective, the ultimate goal of “doing nothing” is to wrest our focus from the attention economy and replant it in the public, physical realm.

I am not anti-technology. After all, there are forms of technology—from tools that let us observe the natural world to decentralized, noncommercial social networks—that might situate us more fully in the present. Rather, I am opposed to the way that corporate platforms buy and sell our attention, as well as to designs and uses of technology that enshrine a narrow definition of productivity and ignore the local, the carnal, and the poetic. I am concerned about the effects of current social media on expression—including the right not to express oneself—and its deliberately addictive features. But the villain here is not necessarily the Internet, or even the idea of social media; it is the invasive logic of commercial social media and its financial incentive to keep us in a profitable state of anxiety, envy, and distraction. It is furthermore the cult of individuality and personal branding that grow out of such platforms and affect the way we think about our offline selves and the places where we actually live.

The first half of “doing nothing” is about disengaging from the attention economy; the other half is about reengaging with something else. That “something else” is nothing less than time and space, a possibility only once we meet each other there on the level of attention. Ultimately, against the placelessness of an optimized life spent online, I want to argue for a new “placefulness” that yields sensitivity and responsibility to the historical (what happened here) and the ecological (who and what lives, or lived, here).

In this book, I hold up bioregionalism as a model for how we might begin to think again about place. Bioregionalism, whose tenets were articulated by the environmentalist Peter Berg in the 1970s, and which is widely visible in indigenous land practices, has to do with an awareness not only of the many life-forms of each place, but how they are interrelated, including with humans. Bioregionalist thought encompasses practices like habitat restoration and permaculture farming, but has a cultural element as well, since it asks us to identify as citizens of the bioregion as much as (if not more than) the state. Our “citizenship” in a bioregion means not only familiarity with the local ecology but a commitment to stewarding it together.

It’s important for me to link my critique of the attention economy to the promise of bioregional awareness because I believe that capitalism, colonialist thinking, loneliness, and an abusive stance toward the environment all coproduce one another. It’s also important because of the parallels between what the economy does to an ecological system and what the attention economy does to our attention. In both cases, there’s a tendency toward an aggressive monoculture, where those components that are seen as “not useful” and which cannot be appropriated (by loggers or by Facebook) are the first to go. Because it proceeds from a false understanding of life as atomized and optimizable, this view of usefulness fails to recognize the ecosystem as a living whole that in fact needs all of its parts to function. Just as practices like logging and large-scale farming decimate the land, an overemphasis on performance turns what was once a dense and thriving landscape of individual and communal thought into a Monsanto farm whose “production” slowly destroys the soil until nothing more can grow. As it extinguishes one species of thought after another, it hastens the erosion of attention.

We’re thankful to Melville House Books for permission to reprint these lightly edited excerpts from “Surviving Usefulness”, Jenny Odell’s introduction to her book How to Do Nothing: Resisting the Attention Economy.

Jenny Odell  Jenny Odell’s is the author of How to Do Nothing: Resisting the Attention Economy.

Does Nepal have freedom of speech online?

And what you can do if you get arrested.