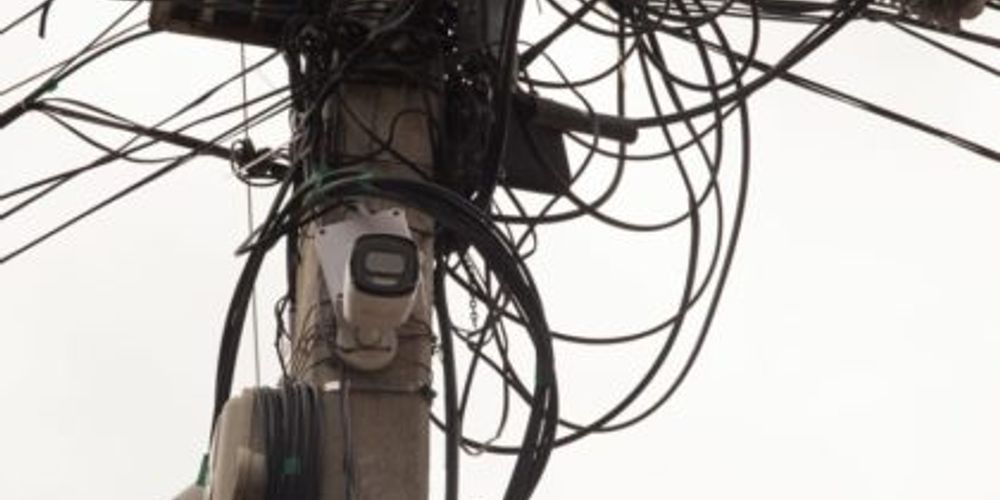 In Kathmandu’s all seeing eyes, we examined the Nepal Police’s plan to install 21,000 CCTV cameras in 18,000 locations in the country, as well as the proliferation of privately installed surveillance cameras. And yet the conversation around whether the pervasive use of cameras really does make citizens safer has barely begun. Nor is there any debate about privacy and why we should care about it.

Private surveillance in Kathmandu is currently far lower in scope and scale than other cities in Asia as well as cities elsewhere in the world. In a widely cited report, the tech firm Comparitech explains that eight of the top 10 most-surveilled cities in the world are in China—the other two are London and Atlanta—and that by 2022, China is projected to have one CCTV camera for every two people. New Delhi, 20th on the list, has 9.62 cameras per 1,000 people; if the Nepal Police’s plans were to go through, in five years, Kathmandu would have 12.04 cameras deployed by the state per 1,000 people. This figure does not, of course, include the unregulated privately-installed cameras.

But it is precisely because the use of CCTV cameras is in its early stages that there is an urgent need for better informed public and policy debates, and a clearer and more readily implementable regulatory framework. The challenge will not remain restricted to Kathmandu for long: traveling across the country in recent months, we have seen CCTV cameras in municipalities and rural municipalities, and met employees of some of Nepal’s largest private security companies whose job it was to sell CCTV services to rural municipalities, schools, offices, shops anywhere and everywhere.

The commonly asserted link between improved security and surveillance, including the use of CCTV cameras, has long been challenged, particularly in the UK and the US, where the argument in favor originated. The Comparitech report found little correlation between the number of public CCTV cameras and crime or safety.

To start with, the Nepal Police, and Kathmandu’s more civic-minded research organizations could conduct qualitative and quantitative analysis of the link between investigations and closing of cases, and the use of CCTV camera footage, as well as research to understand how and why individuals and organizations use surveillance cameras.

We also need to define “security” more clearly. The definition changes, depending on who you ask. Every private individual or company says they are installing CCTV cameras for security reasons. For years, other than a handful of traffic cameras, the most noticeable clusters of surveillance cameras in Kathmandu were in Boudha and Ekantakuna, home to Tibetan families and institutions. Kathmandu regularly witnesses all sorts of political protests for issues that citizens see as legitimate and urgent even if the government may not. Mass surveillance makes it easier for governments to crack down on the organization of protests and to target individuals. Not everyone agrees on what constitutes security; one person’s right to protest is another’s security threat.

In the case of Nepal, the poorly-regulated nature of privately-installed cameras is just as troubling. Technology is often seen, particularly by Kathmandu’s middle classes, as neutral, or largely a force for good that can help make up for Nepal’s poor governance. For example, a recent discussion in an entrepreneurs’ group on Facebook about safety at nightclubs began with proposing the collection of biometrics and turned swiftly to integrating it with facial recognition software. The point bears repeating: this is a poorly regulated space, where individuals determine what is security and take unilateral measures. Our safety depends on the unfounded hope that technophiles and technology are benign. As the proliferation of so-called revenge porn shows, technology may be neutral; its users are not.

One common opinion has it that, since we give all our data to Facebook, Google and WhatsApp anyway, there is no privacy. The more thoughtful-sounding—but equally pernicious— argument is the one put forward by a police officer in our report on CCTV cameras: that people who have done nothing wrong shouldn’t fear surveillance. This is particularly damaging when it is believed alongside the unproven link between surveillance and security, because the next step is to equate anyone asserting their right to privacy with that person being a security threat.

Data is power, wrote the late Giovanni Buttarelli, who was the EU’s chief data protection regulator. The complex debates raging globally about surveillance and the state, capitalism, and authoritarianism are worth engaging with in Nepal, too. There is a growing body of literature about the risks posed by the yoking together of Big Data, artificial intelligence, and surveillance, which apply to all of us. China’s reported use of surveillance in Xinjiang is every pundit’s favorite current example, but such uses of technology drove the US’s controversial post-9/11 intelligence gathering that led to profound human rights violations and the wholesale endangering of privacy as a right. It is not just globally powerful countries that use these technologies. Read, for example, Amnesty International’s recent concern about a draft CCTV policy in Kenya.

The American Civil Liberties Union (ACLU) boils down the arguments against the use of public video surveillance to these four points: it has not been proven effective; it is susceptible to all sorts of abuse; the use of cameras is subject to barely any checks and balances; and it irrevocably changes the nature of our public spaces.

Edward Snowden, the whistleblower who exposed the mass surveillance infrastructure and misuse of data by the US National Security Agency (NSA) said: “Arguing that you don't care about the right to privacy because you have nothing to hide is no different than saying you don't care about free speech because you have nothing to say,” and “Nobody needs to justify why they ‘need’ a right: the burden of justification falls on the one seeking to infringe upon the right.”

Theories of “bias” alone will not enable us to engage in critiques of broader socio-technical systems.

Sleepwalking into a digital world

As it struggles to contain the impact of the Covid-19 pandemic, Nepal also faces an uphill battle with technology regulation.