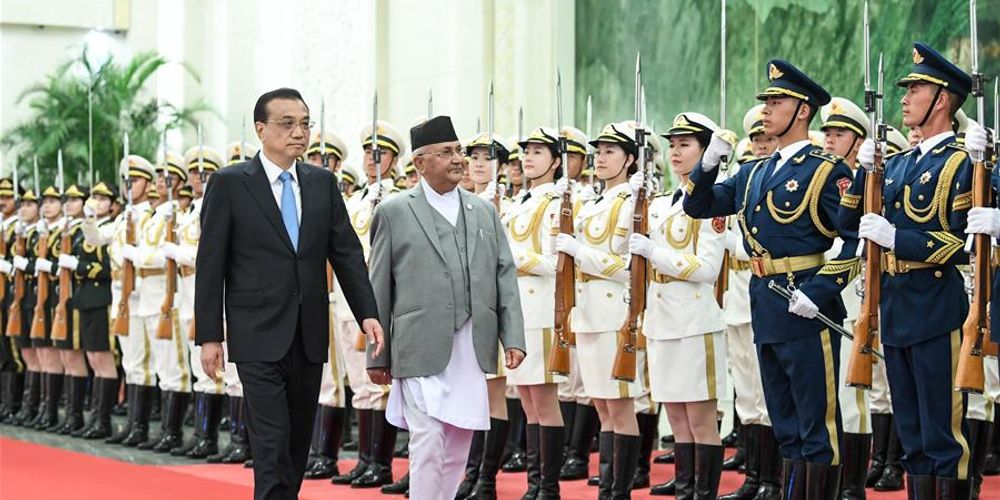 In the face of Kathmandu’s never-ending traffic jams, the newly-upgraded Kalanki-Koteshwor is a marvel. The 10.4 km stretch of the 27 km-long Ring Road has eight lanes, two bicycle lanes, and even pavements. There are some safety concerns – traffic safety is nearly always a concern when new, fast roads are built – but overall, drivers, riders, and pedestrians alike find part of their commute quicker, and less stressful.

The road is the latest addition to China-supported projects. Until now, smaller projects like the Ring Road have characterised Chinese engagement in Nepal. But Nepali officials and analysts say that megaprojects could soon replace such efforts, as Nepal and China start high-level negotiations on projects to be executed under China’s flagship Belt and Road Initiative (BRI), which Nepal joined 2017. The visit earlier this week of China’s State Councillor and Foreign Minister Wang Yi was a step in that direction.

Though no major agreement was signed, bar a hospital project in Manang, Nepali officials said that Yi’s visit raised hopes for a major breakthrough in deadlocked BRI discussions in the coming months. The discussions surrounding BRI have been stalled due to disagreements about which projects to finance and how (whether through loans or grants.)

“The Chinese side expressed commitment to expand railway to Nepal and agreed to resolve outstanding issues for the same. This should be seen as a positive development,” Minister Gyawali told reporters after the meeting.

Here, there and everywhere

Since PM Oli signed the historic Trade and Transit Treaty with China during his first stint as prime minister in 2016, Beijing has become a significant player in Nepali politics and the economy. China has topped the list of foreign direct investment pledges for three years running. Nepal now has access to seven Chinese seaports and dry ports, and discussions are underway to open up more border points between the two countries. A record number of Chinese tourists are visiting Nepal every year; the tourist district of Thamel boasts more than 100 Chinese restaurants. After Hongsi Cement, another Chinese cement factor is in the process of setting up a plant with an investment worth USD 140 million. In addition to providing scholarships to dozens of students, China also sponsors study tours for hundreds of Nepali civil servants, security personnel, politicians, civil society members, and journalists every year. In many Nepali primary schools, Chinese is now a mandatory subject.

The size of Chinese aid has also increased. China pledged USD 483 million towards post-earthquake reconstruction; a significant increase compared to its previous development aid commitments. China is assisting 25 reconstruction projects, including Durbar High School and Basantapur Durbar. Part of the assistance is in the form of Rs 2.5 billion to the Nepal Army to support humanitarian assistance and disaster management.

While the ruling Nepal Communist Party (NCP) explains its pivot towards China as an attempt to balance Nepal’s historic over-dependence on India, there is the additional factor that the government has promised unprecedented growth – and, some accounts say, is engaging in unprecedented patronage, too – and that these endeavours cannot be supported by Nepal’s traditional reliance on development aid and the slow, sceptical growth of non-Chinese FDI.

A long-running debate around China’s deep engagement with Africa, other parts of South Asia, and Central Asia is about who really benefits from its investments and whether China engages in debt-trap diplomacy.

At the centre of this debate in Nepalis the proposed railway connecting Kyerung with Kathmandu, one of PM Oli’s most extravagant promises ahead of the left alliance’s historic victory in the 2017 and 2018 federal and provincial elections.

Nepal wants projects worth an estimated USD 3 billion to built with a grant, while China wants instead to provide soft loans. If Nepal agreed, this would be the biggest loan in Nepal’s history, dwarfing other large Chinese loans, including Rs 22 billion to build Pokhara International Airport and Rs 7.08 billion loan funding the Trishuli 3 A hydropower project.

Sambhu Ram Simkhada, a foreign policy expert who served as Nepal’s first Permanent Representative to the United Nations Human Rights Council in Geneva, thinks the potential benefits of a rail link to China are overblown. “It’s hype. In the long run, we might see all towns in India get linked by railway facilities. Then we would have a railway every 30 to 40 km of our [southern] border, and Nepal could reap far greater benefits from these rail links. I don’t see why the government seems so obsessed with railways while keeping other genuine concerns aside,” said Simkhada, who also pointed out that, despite the hype around China, Nepal’s bilateral trade with India, amounting to USD 6.82 billion in the fiscal year 2017-18, is far greater.

Not everyone agrees, and Tanka Prasad Karki, Nepal’s former ambassador to China, says the debt trap narrative is a Western one, rooted in a Cold War mentality. “It’s not necessary that we should be a prisoner of any particular country. We should have a good rapport with all regional and world powers, and welcome them to support our development if it is in our national interest,”he argues.

There are still other concerns. Industry insiders are concerned about what they say is the obscure, non-transparent manner in which Chinese projects work, Chinese companies’ poor track record on timely completion of projects, and the relative overpricing of Chinese projects. One commonly cited example is China’s decision to pull out of the 750-MW West Seti Hydropower project after sitting on it for years. There is now scepticism about China’s pledge to build the USD 2.5 billion 1200 MW BudhiGandaki Hydropower Project.

Finally, critics point to a possible conflict of interest, arguing that Chinese grants, loans, and investments are usually funnelled to and through the constituencies of top NCP leaders. In Oli’s hometown in Jhapa, for example, China has agreed to build various projects including an industrial park at an estimated cost of NRs 333 billion.

Some analysts say that Oli’s relative slowness in securing confirmation of funding for Chinese projects is also about mending ties with India, after a long, cold spell, following the promulgation of the constitution in 2015. Kathmandu has been mending fences, and has gained access to India’s waterways and a commitment to expanding India’s rail links to Kathmandu.

Karki, the former ambassador to China, said that the government should take decisions that are in the country's best interest instead of adopting what he called a reactive foreign policy. “Instead of playing one against the other, Nepal should explore avenues of trilateral cooperation. India and China can afford sour relations with Nepal, but Nepal cannot afford to have bad relations with them. The government should keep this in mind and maintain close ties with all countries making the nation’s interests first while respecting neighbours’ security concerns,” said Karki.