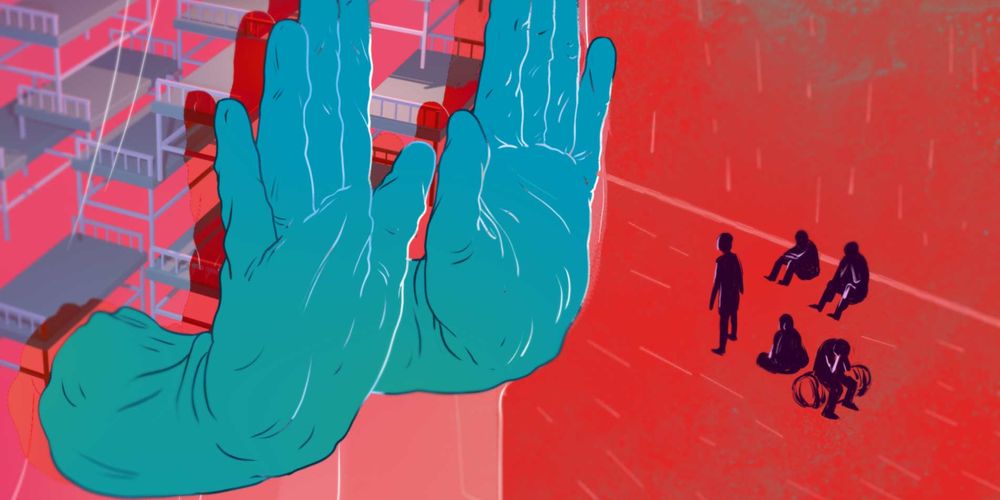 On the evening of August 7, 20-year-old Bishnu Lama was struggling to breathe as her family members pleaded with the staff at Advance Medicare Hospital (AMH), Birgunj, to admit her. But their pleas fell on deaf ears. Lama’s family then took her to seven other hospitals in the hopes that she might finally be admitted. Early Saturday morning, before they could take her to a hospital that was finally ready to accept her as a patient, Lama drew her last breath.

“Only on our second visit did Gandak Covid Hospital finally agree to admit her. But her body was already lifeless by then,” said Rakesh Singh, Lama’s brother-in-law.

A single mother of a four-year-old daughter, Lama had been suffering from fever, cold, and a bad cough since last Monday. The result of a Covid-19 test later turned out to be positive.

“We rushed her to the hospital after she suddenly began complaining of breathing difficulties,” said Singh.

When they reached AMH, however, the staff refused to admit her on the grounds that they did not have ventilators. Lama’s family then took her to Bayodha Hospital, Gandak Covid Hospital, Terai Hospital, Bhawani Hospital, Birgunj Medical College, Narayani Hospital, and Birgunj Health Care before returning to Gandak Covid Hospital to make a second request. “All the hospitals had empty beds, but nobody was ready to admit her. She wouldn’t have died if just one of them would have given her oxygen,” said Singh.

According to Mustafa Ansari, a ward member, his requests to five hospitals to admit Lama were met with rejection. “We even talked to some local politicians, but that did not work. Every hospital had some excuse or the other to not let her in,” said Ansari.

The hospitals’ refusal to treat Lama and her consequent death has caused a stir on social media, with many demanding action against the hospitals and justice for the family of the deceased. On Sunday, hundreds of Birgunj residents protested outside Narayani Hospital, chanting slogans against medical workers and hospitals for their negligence.

“We don’t want any more people to die like Bishnu,” said Singh.

Lama’s case may have garnered media attention, but she is not the only one to die in Nepal due to the refusal of hospitals to provide treatment during the coronavirus pandemic. At least a dozen people have lost their lives since March because hospitals have refused admission, delayed treatment, or prematurely released patients over Covid fears, according to an analysis of media reports independently verified by The Record.

Since the beginning of the pandemic, hospitals have been known to screen patients, refusing admission to those with Covid-like symptoms. Media outlets have reported hundreds of cases of both private and government hospitals denying treatment to patients with fever, respiratory problems, or cold-like symptoms. Delays in receiving treatment, coupled with an ambulance crisis, have proven deadly for those in need of immediate medical attention.

In Birgunj alone, Lama was the fourth person in the first week of August to die after being denied treatment. On August 7, Jokhu Shah Sonar died shortly after being admitted to Gandak Covid Hospital. His family had spent several hours trying to get him admitted to all other hospitals in Birgunj before securing admission at the Covid-specialising hospital. A day earlier, 65-year-old Chalitra Mahato died at the gates of the National Medical College. The hospital, owned by NCP leader Barsurddin Ansari, was allegedly demanding a Covid-19 test certificate before admitting patients.

According to Sambhu Mahato, the deceased’s brother, Chalitra had undergone Covid-19 tests twice since July, both of which had been negative. On August 5, 62-year-old Sarada Devi Rauniyar died while in Narayani Hospital after all major hospitals had refused to admit her. She, too, had tested negative for Covid but had been suffering from respiratory problems.

Elsewhere in Nepal, the situation has been similarly distressing. On August 7, the same day Lama was refused treatment by multiple hospitals in Birgunj, a one-year-old toddler who had suffered severe burns died in Kapilvastu Hospital when medical staff refused to attend to her. “I asked the doctors to give my daughter oxygen as she was having difficulty breathing, but the doctors ran away,” Gulam Mohammed, the bereaved father of the one-year-old, told reporters following her death.

Read more: The pandemic as seen by two medics in Dailekh

Back in April, 76-year-old Janaklal Bhatta died at the premises of Maya Metro Hospital in Dhangadi. Not only did he have to spend precious hours waiting for an ambulance to arrive at his residence, he was also denied admission by the hospital out of Covid fears. Kalaamun Nishaa, 36, met with a similar fate after being denied entry into the Bhairahawa-based Universal College of Medical Science while Naradevi Gurung, 52, was refused entry at the BP Koirala Institute of Health Sciences (BPKIHS) in Dharan despite clearly needing critical care. Both had displayed Covid-like symptoms. Rabindra Yadav, a 27-year-old from Sunsari, was rushed to hospitals in Biratnagar after consuming poison; all the hospitals refused to admit him, citing lack of equipment. By the time he was taken to BPKIHS, he was already fatally poisoned.

There have also been cases where hospitals have coerced patients to return home even before their treatment has been completed. Bijaya Kushwaha, 25, of Bara was undergoing treatment for his mutilated legs at the National Medical College when he tested positive for coronavirus. He died in Kathmandu while his parents were trying to find a hospital for him.

Given the widespread fear and stigma around Covid-19, it is fair to assume that the actual number of people dying due to the refusal of hospitals to admit patients and administer treatments might be higher than the figures in official reports. Worse, these deaths constitute a mere fragment of the total number of lives put in danger by the lack of healthcare provisions. A lot of people have died before reaching the hospital due to lack of ambulances and other health facilities.

Since March, the Nepali media has documented hundreds of cases of absence of or delays in ambulance availability, which has increased the suffering of the already ill and their families. The first two people to die of Covid-19 in Nepal were also victims of ambulance delay. Media reports have also suggested that some ten people have died since the lockdown took effect on March 24 while waiting for ambulances. Fears around Covid-19 have also resulted in dead bodies languishing in hospital morgues or under the open sky as people have refused to attend to them.

But neither the government nor other stakeholders have taken any steps to address this crisis. In March, amid reports of hospitals’ refusal to provide treatment across the country, the Supreme Court ruled that it would be illegal for health facilities to deny treatment to patients under any pretext. Responding to a writ petition filed by the Nepal Bar Association, a single bench comprising SC Justice Manoj Kumar Sharma ruled that health facilities must admit all patients, including those with Covid-19, as long as beds were available, while taking the necessary precautions. As expected, the court’s ruling aligned with the constitution as well as the Public Health Service Act (2075), which guarantees health rights to everyone.

But despite the court’s order, concerned agencies, including district administrations, the Nepal Medical Council and the Nepal Medical Association, have done little more than issue directives. On August 5, a meeting of the District Crisis Management Committee — chaired by the CDO of Parsa, Bishnu Kumar Karki — agreed to take action against private hospitals denying admission to patients in critical condition. But none of the hospitals in the province have faced punishment despite their being complicit in the deaths of multiple patients.

According to Ajit Bhujel, Chairman of the Consumer Rights Protection Committee, the government should provide relief packages to the families of the deceased, apart from taking action against the hospitals for their role in the deaths. But that’s easier said than done. Public health officials at the Birgunj Metropolitan City Office said that they have not been able to proceed with the complaints because most hospitals in the city belong to influential politicians or business persons.

“Moreover, monitoring, supervision, and punishment fall under the jurisdiction of the provincial and federal agencies. There is little we can do unless they are proactive in carrying out monitoring and supervision,” said one of the officials.