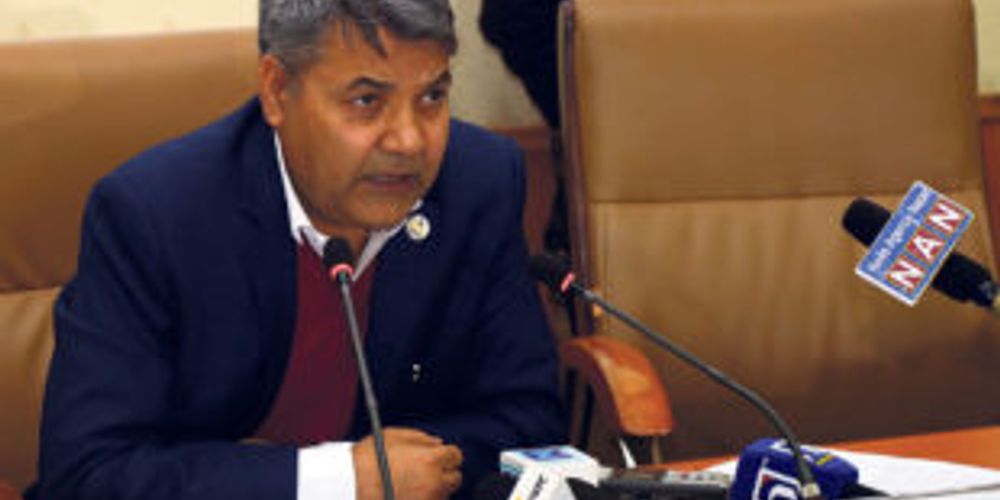 Baskota, who has denied allegations of corruption, took to Twitter to announce his resignation, saying that he was stepping down in view of the questions being raised against him. He said that he was ready to face action if allegations against him are substantiated. Here is what you need to know about the case.

How did it all start?

Early morning on February 20, some media outlets published an audio recording wherein Baskota can be heard bargaining with Bijaya Prakash Mishra, a vendor of a Swiss Company, for commission on a deal involving purchase of a security printing machine.  The local agent can be heard telling the minister that he [Baskota] would get 70 percent of NPR 700 million in commission. Mishra has told the media that the minister initially wanted NPR 2 billion for the deal.

From whom was the government making the purchase?

The government was making final preparations to buy a security printing press worth billions of rupees from a French company named IN Groupe. It had signed a Memorandum of Understanding with the company, but media reports have repeatedly questioned the company’s eligibility. Yeti Holding, whose late owner was considered to be a close ally of the Prime Minister, is the local agent of the company. 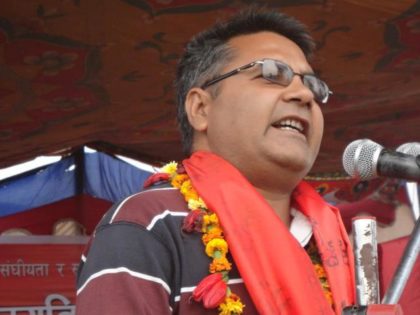 The deal was long under scrutiny as the government was bypassing the standard procurement process through direct decision of the court. Minister Sapkota had shrugged off criticism claiming the procurement was being made through government to government channel.

Was IN Groupe the only company in the race?

The government was in negotiation with two other companies.  Besides IN Groupe, it had received proposals from KBA-NotaSys, a Swiss company, and Veridos, a German company. IN Groupe had offered to supply the machine at 200 million euros, while Veridos had offered to setup the facility at 260 million euros. KBA-NotaSys, the Swiss company had offered to setup and operate the machine, with added capacity of printing new notes, under the Build, Own, Operate and Transfer (BOOT) model at a cost of 200 million euros. In its proposal, the company had proposed to handover the machine to Nepal government after five years and agreed to take no charge for setting up the printing facility.

Although the negotiation with the Swiss company did not progress, its vendors had recorded the conversation with Baskota. According to Pushpa Dhungana, a journalist closely following the process, his newsroom had been holding onto the clip for the past one and half month in search of the full video.

What has been the reaction so far?

There has been massive uproar on social media from all quarters. Nepali Congress, Bibeksheel Party and other smaller parties have demanded a detailed investigation into the allegations. Former Prime Minister Baburam Bhattarai said resignation wasn’t enough. The Public Account Committee of the parliament has announced a probe into the leaked video. Some leaders from the ruling Nepal Communist Party have also joined calls for an inquiry into the case. A civil servants’ union close to Nepali Congress has taken exception to derogatory terms used by Sapkota against civil servant in the clip. The Public Account Committee has demanded action against the local agent Mishra for dragging some lawmakers into the case.

Meanwhile, the Swiss embassy in Kathmandu has said that it has no connection with Mishra,  the self-styled agent who can be heard claiming in the audio that the embassy’s staffers were involved in the negotiation process.

What will happen to the printing press deal?

We don’t know yet. But it’s likely that the procurement process will be halted until the inquiry into the clip is over. This means we may soon be facing a shortage of official documents like passports. The government has been holding off on printing new passports in hope of printing it after purchasing the machine. Just around 600, 000 passports are in stock right now.

What has happened in similar cases in the past?

In 2010, Krishna Bahadur Mahara was caught on tape asking for a bribe with a Chinese businessman. But no charges were filed against him. In 2012, former Prime Minister Baburam Bhattarai had sacked Minister Kumar Belbase after he was found asking for a bribe from owners of manpower companies.