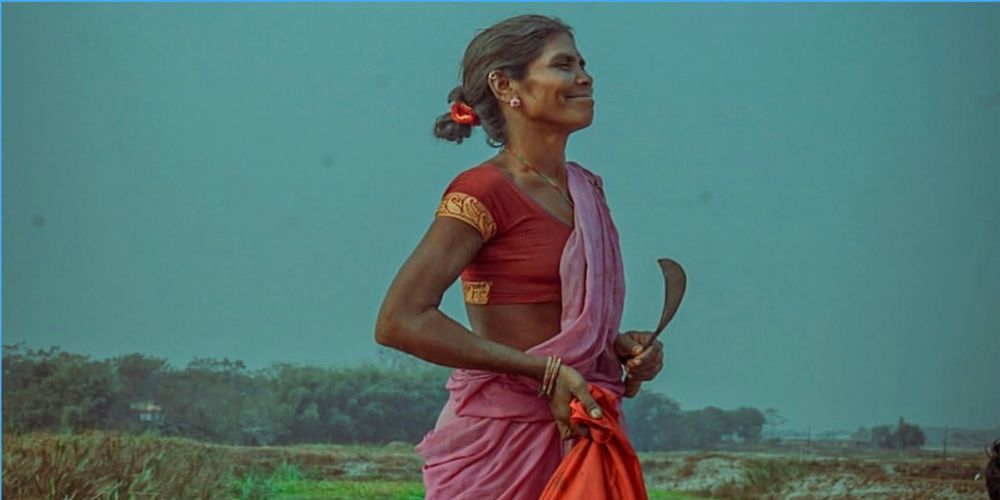 The Sardar community of Sunsari district live in harmony with the forests. Like many other indigenous communities in Nepal, the Sardars, for centuries, have been making sustainable use of the forest’s resources for food and shelter, and also to provide them with livelihoods.

"We Sardars are also called Banatar, which translates to 'forest dwellers'," said 24-year-old Amrita Sardar. "We live alongside the forests and use its resources to survive and even build our homes."

The Sardars once depended on trade and farming but modern times, and a need to make money, have led to changes in their lifestyles. Making use of their traditional knowledge and skills, Sardars, mostly women, have taken to weaving mats made out of Typha grass (bulrush), locally called 'pater', that grows on the banks of the Koshi River, and vases out of jal kumbhi (water hyacinth), khair (fern), and moth (Patanga) plants.

The Sardars live largely in the buffer zone of the Koshi Tappu Wildlife Reserve in Nepal’s eastern Tarai, across the districts of Saptari, Sunsari, and Udayapur, where they’ve built a strong community of over 500 households. By making copious use of the invasive water hyacinth to make mats, the Sardar community is helping protect the flora and fauna of the reserve.

Who are the Sardars?

The Sardar women, like the indigeneous Tharu, are perhaps best known for their colorful attire and the tattoos on their hands and feet.

“We have a long-standing practice in our community of tattooing our bodies," said Amrita. “In our culture, it is believed that it is a sin to touch a woman with tattoos so they were meant to protect women from outside attackers.”

Women from indigeneous communities were often targeted for rape, kidnapping, and abuse by local and national rulers, who saw them as easy prey. The tattoos were meant to make the women dissuade these rulers, who were often higher caste men who were deeply concerned with ideas of purity and cleanliness. They would’ve considered a tattooed woman unclean.

But the Sardars also assisted the local rulers in tax collection, which is how they got their colloquial name. Their formal name is Banatar.

Many of the Sardars are desperately poor. While the men work as truck drivers and daily wage laborers on construction sites, the women weave mats. Those who can afford to move to Kathmandu and other cities do so but those who can’t make Typha mats and sell them for around Rs 100 or 200 rupees in the nearby villages and haat bazaars. The wages earned by selling Typha mats are just enough to make ends meet for a day, says Amrita. 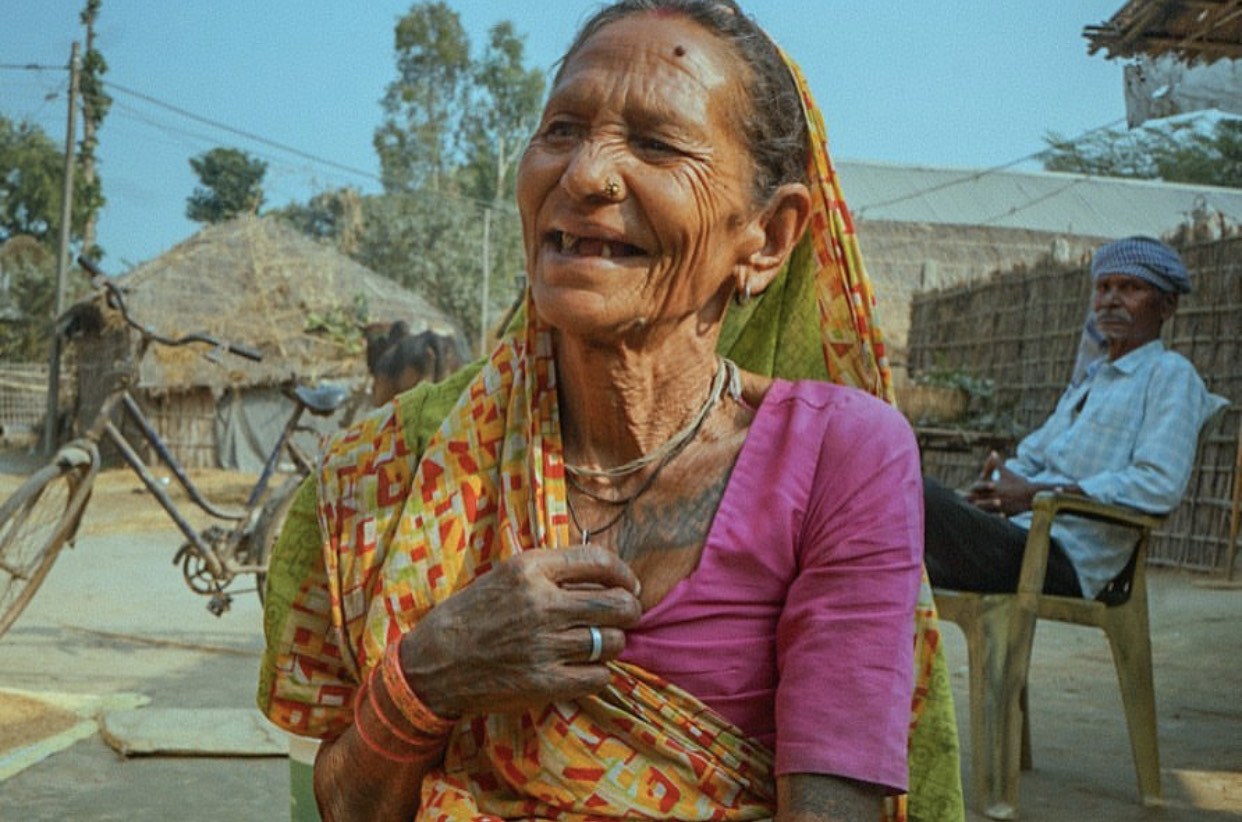 Much of the community is also uneducated.

“Although there are four schools in our area, most women are still not allowed an education," said Amrita, who is among the few women to have completed high school. She is currently working with the Koshi Tappu to Kanchenjunga Belt (KTK-Belt) project and the Vertical Biodiversity Fund.

According to Amrita, child marriage, fed by illteracy, remains a problem for the Sardar community. There is also a pressing lack of health awareness as well.

“The locals would laugh at me and compare me to cows for wearing a mask,” said Amrita, who has attempted to educate her community members about the pandemic and ways to prevent catching Covid-19. “They are unaware of the dangers of Covid and do not wear masks or practice proper sanitation measures."

In her settlement of 700 people, the coronavirus infected six people. Only Amrita's father, who works as a truck driver, developed severe health complications. He has now recovered. They stayed home in quarantine but there was almost no help from the government.

"Besides the health care workers who visited us to conduct PCR tests, the government has not provided us with any support this year,” said Amrita. “Last lockdown, we were provided with 5kg rice and 2kg of pulses.”

Although the Sardar women have been making mats out of water hyacinth and other material, they often use artificial dyes to color their products. This defeats the purpose of going sustainable, according to Meena Gurung, founder of Bora Studios, a design studio based in Patan.

“Instead of using harmful chemicals, we wanted to show Sardar women that they can use the naturally abundant water hyacinths for dyeing purposes, encouraging environmental sustainability,” said Gurung.

In January, five Sardar women engaged in a month-long training program with Gurung. Gurung helped them transition to environment-friendly alternatives to their chemical dye process. She showed the Sardar women methods to find and use natural dyes from their local environment, like wild ferns, leaves of guava and mango, and bottlebrush flowers.

“The local ponds and rivers are overpopulated with water hyacinth. They take over land, reduce the survivability of fish, and the overgrowth constricts transport across the river,” said Gurung.

According to Gurung, the water hyacinth can not just be used to make mats but also to color them sustainably and in an environment-friendly manner.

“We are hopeful that each woman will teach another how to use natural dyes instead of toxic chemicals, and this will gradually improve our communities and environment in the long run,” said Amrita.

Nepal confirms record increase of 26 deaths and 5,743 new cases in a single day

On the eve of Dashain, the nation records yet another highest single daily rise in Covid cases