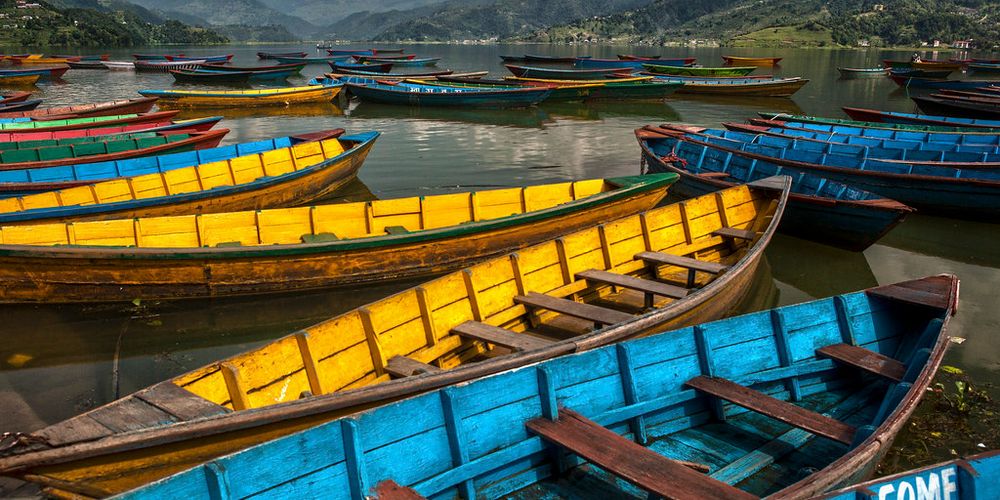 Back in February, Lhakpa Tshiring Sherpa, a hotelier in Lukla, had every reason to believe that spring 2020 would be one of the best seasons for Everest. The Visit Nepal 2020 campaign was gradually gaining momentum. Government officials were confident about attracting more than 2 million tourists. News headlines filled with speculation of yet another traffic jam on Everest during the spring summit.

So Lhakpa Tshiring made sure to stockpile all essential items in advance: food, beverages, and daily essentials the hotel would need for the entire spring season. “Considering the remoteness of the region, we usually ferry goods well in advance, as transportation becomes harder and costlier as tourist numbers rise. This time we made provisions a little earlier than usual in anticipation of the big season,” says Lhakpa Tshiring, who runs the Hiker’s Inn, one of the biggest hotels in Lukla.

The excitement has now given way to frustration as Lhakpa Tshiring can’t find a way to make use of the ferried goods with the cancellation of climbing and trekking permits due to the Covid19 pandemic. Moreover, it’s still uncertain if there will be any tourists next season, in autumn, as countries around the world take extreme social distancing and lockdown measures to contain the global pandemic, which has already taken more than 270,000 lives. The tourism sector is likely to remain affected until Covid19 vaccines become easily available around the world.

“I invested a lot of money in the hopes of yielding good returns. Now, there is little I can do with the goods. I could have prevented some loss had the government warned us in time,” says Lhakpa Tshiring, adding that the government should have cancelled climbing and expedition permits much earlier.

Every hotelier in the Everest region is bearing the brunt of the lockdown while guides and porters have been rendered jobless, says Ang Phurba Sherpa, ward chairman of Lukla-2.  He says that Lukla is staring at one of the worst years, much worse than earthquake-ravaged 2015, with uncertainty over the future of the tourism industry.

"The good thing is no Covid19 cases have been found in Lukla. But the downturn in the tourism business is affecting everyone from big hotel owners to guides and porters,” adds Ang Phurba.

The disruption in the tourism industry has hit hardest those working irregularly, like porters and guides. Nepal’s tourism sector provides employment opportunities to around 1 million people, according to a report by the World Travel and Tourism Council.

Renowned climbers like Kami Rita Sherpa had urged the government to deploy sherpas in cleaning climbing trails and exhuming dead bodies of climbers. But the government, fearful of a possible Covid19 spread, refused to do so, citing a lack of budget.

Stakeholders in the tourism industry are increasingly unhappy with the government for not coming up with any relief package oriented towards their needs. Many hotels, trekking, and expedition agencies have shut down while others are following suit. On 4 May, the Hotel Association of Nepal announced they would shut down hotels and pay only around 12 percent of basic wages to their staff. The Trekking Agencies' Association of Nepal (TAAN), an umbrella association of travel and trekking agencies, is also considering similar measures if the government does not come forward with assistance.

“Most agencies are not in a position to pay their staff or sustain themselves. The government should bring programmes to help those who have been rendered jobless and save agencies that are facing displacement,” says TAAN president Khum Bahadur Subedi.

The Ministry of Culture, Tourism, and Civil Aviation has held several rounds of discussions with stakeholders but failed to lay out a clear plan to tackle the crisis.

Dandu Raj Ghimire, chief of the Department of Tourism, says that the department has been hashing out plans for people facing unemployment in the tourism industry. He says that porters and guides will be employed in the opening of new trekking routes and trails in the immediate future.

“We have already proposed some programmes to employ jobless guides and porters. More programmes will be introduced depending on need,” says Ghimire.