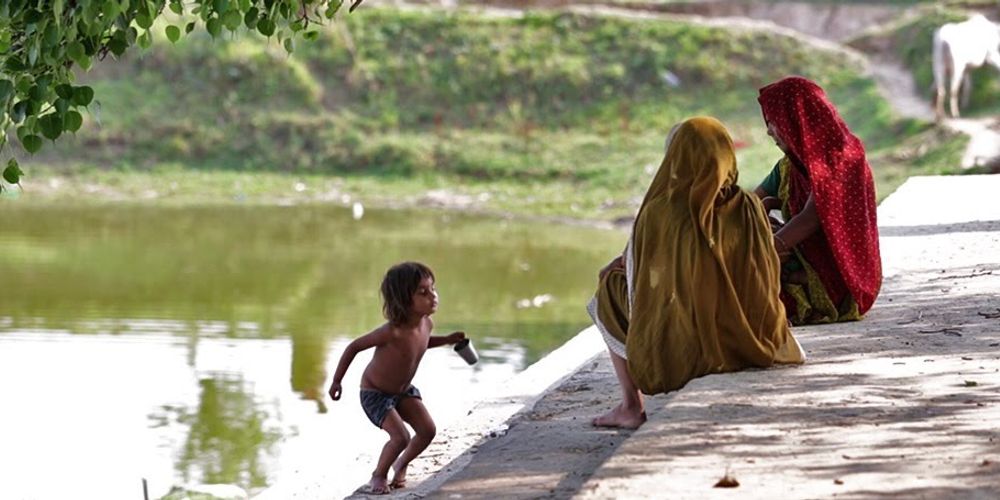 The Nepali state is called many things. Last month on this site a writer called it a “police state” for the brutality it inflicts on the marginalized. For the last decade the aid industry has been calling it a “post-conflict” and “transitional” state, apparently unaware that there is no country that is post-conflict and no country that is not in transition. Foreign policy pundits sometimes call it a “failed” state, or a state on the brink of failure, or a “fragile” state.

It deserves another name: Nepal is a “deaf state.” It is deaf because its rulers ignore the demands of its citizens. They like to do things their way, public opinion be damned. In the last few years, they have put Lokman Singh Karki, whom a government-formed commission found guilty of suppressing the 2006 movement, at the helm of the body to investigate abuse of authority (there are multiple ironies here). For more than a year, they kept postponing the big constitutional question: Does Nepal’s Interim Constitution allow the supreme court chief justice to head the government? Khil Raj Regmi may have left the prime minister’s quarters, but the question remains. A few months back, they installed tainted judges at the Supreme Court despite vocal opposition from citizens and the Court’s recommendation to take action against them. The law minister has even tabled a bill at the parliament that makes it illegal to criticize the judges.

Add to the long list of deaf acts the budget presented on July 13 by the Finance Minister Ram Sharan Mahat. The budget has stoked the fire that has been smoldering in the hearts of Madhesi activists since their parties lost in the elections last November. Last Sunday, some of them burned a copy of the budget in Biratnagar, calling it an anti-Madhes budget that has allocated the bulk of the money to the hills. The Sadbhawana party plans to repeat the act in Kathmandu this Friday. The Dalits have staged protests. Some politicians from marginalized groups who tend to support federalism have called it anti-federal.

Reading through the budget, in both Nepali and the English translation (available here), it is easy to see why dissent is brewing. The writers of the document could as well have descended from another planet, or another era. They simply make no effort to address the issues at the centre of Nepali society, at the roots of the conflict, at the forefront of the public consciousness.

First, there is no effort to address regional disparity. Everyone except the proverbial ostrich accepts that some geographical areas (including the Mid and Far West, and the Madhes) have suffered because of prejudiced development planning. The budget neither acknowledges this fact, nor offers anything to correct the mistakes of the past.

Second, the politicians and their follower economists appear oblivious to inequality brought about by property. The massive inequality in health and education, too, goes unacknowledged and unaddressed. In health, compare the life expectancy of the average Madhesi Dalit with that of the caste group to which the leadership of the ruling coalition belongs, and you see a sickening disparity. One of the ways in which the government aims to tackle the issue is by building special suites for the Big Men:

A new health policy will be implemented. The infrastructure of health institutions will be developed in a modern way. The concept of private public partnership will be brought forward for the capacity enhancement of government hospitals. The well-equipped ward will be established for head of the State, head of the Government and VVIP and VIPs in the Bir hospital.

In education, this year’s high school results alone should have been enough to rouse any economist’s conscience from the neoliberal slumber: the pass rate for public school was below 30 percent; that of private, above 90. In Khotang district, just about 9 out of every 10 students failed. But the response of Mahat and team Nepali Congress/UML serves more to uphold entrenched hierarchies than give the poor a fighting chance:

A private-public-partnership concept will be put forward to operate and manage public schools. The Government will provide facilities and benefits to the private school at par with public schools if the schools are run and managed in partnership by employing the existing infrastructures and resources.

In other words, the solution offered is to privatize the public schools through back doors!

The three letters, PPP, are ominously present throughout the budget. It stands for public-private partnership, a polite way of introducing private businesses in services we consider public.

It is understandable that Mahat cheers privatization. After all, he was the man to sell off state assets in the 1990s at fire sale prices at the behest of the neoliberal World Bank and the International Monetary Fund. Mahat also takes credit for the fall in poverty rates in the last two decades, attributing it to the “reform” programs of the 1990s. There is no evidence to back up his claim. The poverty more likely declined due to the remittance boom that forms a quarter of national income. His abiding faith in the private sector is at its peak when it comes to tourism:

Tourism entrepreneurs will be provided hundred percent income tax rebates for 10 years who construct and operate well facilitated resorts at Rara Lake and other important lake sides. Private sector will be encouraged to build musical water fountain at Fewa Lake in Pokhara.

Such are the crude ways of our rulers. A water fountain in Fewa Lake is important enough to get the attention of our finance minister, but the pressing issues of the millions that have brought the nation to a standstill are not. Federalism and inequality are examples. The word “federal” does not even appear in the budget, except in the name of the country (Federal Democratic Republic of Nepal) and the Ministry of Federal Affairs and Local Development. It is a stark omission considering that the stated aim of his party and the coalition partners is to bring a federal constitution this year. Inequality is never mentioned, perhaps because there is no ministry to allocate money to solve this problem.

But it is not only the Madhesis and the staunchest of federalists who oppose the budget. Consider how it addresses the low position the state assigns to women. Under the heading “Women Empowerment and Gender Equality,” the government lists two meagre initiatives. Here they are, with their grand ambition and vague promises:

A targeted women economic empowerment campaign will be launched throughout the nation in order to enhance access of different women groups and communities in economic resources. A summary procedure will be initiated in all types of courts in order to discourage violence against women and provide justice to the victims. National Level Mangala-Sahana Rehabilitation Center will be established in order to protect and rehabilitate violence affected women and girls.

Employment Program will be conducted for girls and women of liberated Kamalari, liberated Kamaiya, oppressed group of Badi, Chepang, Raute and Gandharva communities.

And then there is this token for the Dalits:

For the pursuance of higher secondary to the master level education, I have provisioned a monthly stipend of Rs. 1,500 to Rs. 3,000 to the students belonging to the low income of Dalit, Chepang, and Raute community who have passed School Level Certificate Examination with first division from the public schools. I have arranged to bear all the cost by the government of the student belonging to Dom, Badi,  Chamar, Musahar of the Dalit community to study graduate level in engineering and medicine.

It is highly unlikely that a Dom, Badi, Chamar, or Musahar will benefit from this provision. How many are qualified “to study graduate level in engineering and medicine”? In reality, the majority are victims of the neglected public school system and rarely make it past high school.

There is a way for every country to swing toward peace, and a budget can be, and should be, an instrument to that end—of putting your money where your mouth is. According to Johan Galtung, the founder of the discipline of peace and conflict studies, the best way to ensure that is to invest in the bottom 20 percent of the population, and once their lives are improved, work on the next 20 percent, and so on. The guiding spirit of the budget is the opposite—try to overcome the “growth constraints” as the planners see fit, and hope the benefits trickle down to everybody. Its architects use the seemingly politically neutral language of development to justify the continued neglect of the marginalized, women, and regions. In their eyes, it seems, social and economic justice is just not good for growth.

“A deaf state is a dangerous state,” says a civil society stalwart who campaigned against the Last King, “it leaves people with no choice but to revolt.” This budget has spurred the Madhesis, Dalits, and other marginalized people to do just that.

From Darchula to Dharchula, every day for work

Hundreds of Nepalis cross the Mahakali border every day looking for work in India's Dharchula. There are no jobs in Nepal, they say.

Bangladeshi parties compete to show support for the Rohingya refugees