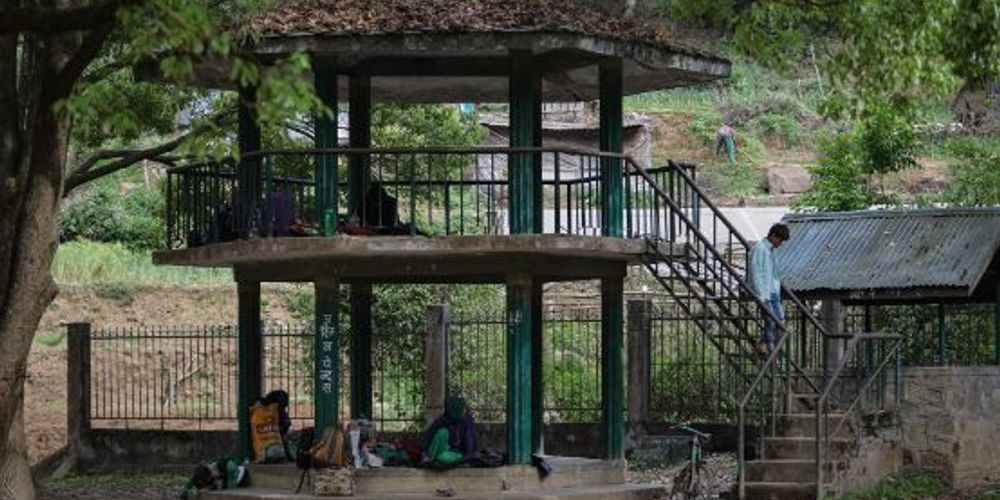 At least 11 people have tested positive for Covid19 in Udayapur on Tuesday, according to officials at the Ministry of Health and Population. All 11 tested positive for the virus after the cross verification test of throat swabs at BP Koirala Health Science Academy in Dharan confirmed this following traces in the rapid and PCR tests at the Koshi Provincial Hospital in Biratnagar. Two cases were also sent to the National Public Health Laboratory in Teku.

With this, the total number of Covid19 cases in Nepal has reached 42, with 24 in Udayapur alone.

MoHP deputy spokesperson Samir Kumar Adhikari said that the ministry has taken throat swabs from around 100 people for PCR testing. Details remain unclear but they are reported to have been in contact with the 12 people, mainly migrants from India taking refuge at a mosque who tested positive for Covid19 on 17 April.

The police arrested Kalaya sub-metropolitan city mayor Rajesh Raya on Tuesday for allegedly distributing substandard food items as relief to people affected by the Covid19 lockdown. According to SP Krishna Pangeni, the police arrested Raya, who is also a local businessman, following complaints from his constituents who were given rotten rice and lentils as relief. The police are also investigating around ten other people involved in the distribution of the substandard food.

Foreign minister Pradeep Kumar Gyawali has urged the Non-Resident Nepali Association (NRNA) to support Nepalis stranded in various countries around the globe. Gyawali made the appeal during a video conference with NRNA office bearers in various countries, maintaining that the government was keeping close track of Nepalis stranded abroad and would evacuate them once the pandemic subsides. He, however, ruled out any immediate possibility of evacuating them.

"The government is fully informed about the Nepalis stranded abroad. We will start the process of returning them to the country once the situation becomes favourable," minister Gyawali said, adding that the government was positive regarding addressing problems faced by Nepali migrant workers, mainly in the Gulf region, promptly.

More than 55,000 people have applied for relief packages consisting of daily essentials, including food, from the Kathmandu metropolitan city, according to KMC mayor Bidhya Sundar Shakya. Shakya said that the relief package was distributed to needy families through various wards across Kathmandu. Similarly, KMC has also been feeding around 6,000 daily wage labourers stranded in the capital without jobs or savings. Local bodies across Kathmandu Valley had made a joint appeal to migrants not to leave the capital last week and have now been reaching out to them with relief material following requests from the federal government. But there has hardly been any decline in the number of people leaving the valley. On Tuesday, more than 5,000 people were believed to have left the valley, while 400 were stopped in Bhaktapur alone.

Businesses propose to pay half the wage

The Nepal Chamber of Commerce and other business associations have said that they could only pay a maximum of 50 percent wages to their employees during the lockdown. Presenting a list of suggestions to minimise the impact of the lockdown on businesses to the labour minister Rameshwor Raya Yadav on Tuesday, a delegation led by NCC President Bhawani Rana said that such measures have been essential in reducing the brunt of the lockdown on businesses. The delegation has also suggested several other measures including a temporary halt on raise in salaries for the upcoming year. The suggestion comes at a time when the government is pressing businesses to pay all outstanding wages to their employers.

No Jamaatis in Kathmandu

None of the mosques or madrassas in Kathmandu were found giving refuge to members of the Tablighi Jamaat, the Nepal Muslim Commission has concluded. A team comprising Samim Miya Ansari, chairman of the Nepal Muslim Commission, Bidhya Sundar Shakya, mayor of KMC, Bishwa Raj Pokharel, chief of the Metropolitan Police Range Kathmandu, and Mohana Ansari, a member of the National Human Rights Commission, had screened mosques and madarassas across Kathmandu on Tuesday. None of the mosques, including Jame and Kashmir mosques in downtown Kathmandu, have any Jamaatis at present, chairman Ansari told reporters.

NMC believes that around 100 Jamaatis could be stranded in various parts of the country due to the lockdown. The NMC has also formed a seven member team to monitor mosques and madrassas and to enforce the lockdown.

Mosques and madrassas have come under the government’s radar after 13 people taking refuge at a mosque in Udayapur and two men at a Birgunj mosque tested positive for Covid19 in the last two weeks. Additionally, all 11 people who tested positive in Udayapur on Tuesday appear to have come in contact with the 13 Covid19 patients from the Udayapur mosque.

A howl for justice

Galvanized by a series of videos detailing one woman’s harrowing experiences of being raped as a minor, Nepali women and men take to the streets in protest.

With misinformation rampant on social media, it is imperative that people know what Covid-19 treatments work and what do not.