In the inner chambers of the Drafting Committee of the Constituent Assembly, "upper caste" lawmakers chop off and distort previously agreed provisions for Dalits 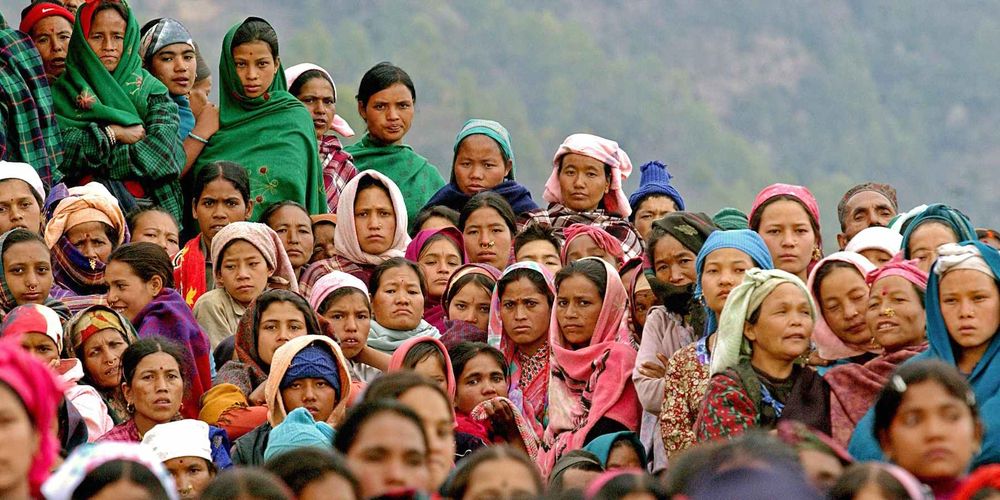 What have Dalits gained from the “great democratic changes” that have taken place in Nepal over the last seven decades? The political change of 1951 enabled Dalits to attend public schools provided they could afford it. After the 1990 restoration of democracy, they received assurances that the state would punish anyone practicing untouchability in public. Following the People’s War (1996–2006), the People’s Movement (2006) and the Madhes Movement (2007), the  Interim Constitution 2007 granted them an opportunity to send a few Dalit representatives to the constituent assembly (CA) through the proportional representation electoral system. Leaving aside a few small reforms and support schemes, this is what Nepali democracy has given Dalits over the last seventy years. Dalits’ contribution to political change is no less than that of any other communities. If we do a head count, their sacrifice would most likely be proportionate to their population.

Sadly all kinds of tricks are being tried at this critical juncture of making a constitution, and democracy has been reduced to a farce for Dalits. The directors of this farcical show are carrying on Jung Bahadur’s legacy.

The CA did not accept these important provisions without a reason. They were based on crucial historical and social factors.

First, 44 percent of Dalit families in the Tarai and 23 percent in the hills are completely homeless to this day. Ninety percent of Dalits in the Tarai and 77 percent in the hills do not have enough land to meet survival needs. Dalits make up a significant portion of poor and landless farmers in Nepal. An important fact is that Dalits have been landless since the caste system was established almost 3000 years ago. Their landlessness is not simply a result of socioeconomic processes or a particular political system. Rather, it is a result of state policies made in a Hindu and Hindu-dominated society that barred Dalits from owning land. The question of Dalit landlessness is hence fundamentally different from the usual question of whether the land belongs to the tiller. It is against this historical background that the provision of land for Dalits was approved as a fundamental right.

Second, proportional representation of Dalits in all state bodies and agencies including civil service, army and police was approved as a fundamental right in light of the fact that Dalits were excluded from key state agencies for 3000 years.

But such provisions are not acceptable to those who can’t even accept a simple reservation system. They argue that recruiting employees in this manner will hamper quality of performance. If providing opportunity to promising individuals from the huge mass of historically excluded people will lower “performance quality,” then people should have had no grievances against state agencies long run by “competent” people. Our state would not have been so inept. Haven’t these so-called competent people been labeled “corrupt,” “traitor” and “worthless” time and again? Clearly, then, competent individuals chosen from a large body of people including Dalits will be more numerous and perform better than those chosen from a tiny section of society. Those who reject this are ones who think: “Let the country go down in the dumps, but all good posts must go to my sons and grandsons.”

Third, illiteracy is rooted in the state structure and policies. In some cases, a community’s internal characteristics may also determine its educational status. The indigenous nationalities of Nepal, for example, lag behind in formal education despite the advances they have made in informal education. This is largely because their script and written culture could not develop fully. Knowledge transfer to the next generation relied solely on oral tradition; the new generation could not benefit from written documentation. Most indigenous nationalities of Nepal hence lagged behind in education.

Illiteracy among Dalits within the Khas-Arya, Madhesi and Newar groups had a different cause. From the very beginning, Dalits were strictly barred from attending the educational institutions that were built with their labour. Hot oil was to be poured into the ears of a Dalit who listened to recitations of the scriptures. Dalits’ lack of education is thus a result of repressive state policies that date back more than 3000 years. The policy of “free education with scholarship” for Dalits was approved recognizing the need for special education provisions for Dalits.

Some say proportional representation is acceptable but reparation involves taking away the rights of another group ­– whose rights shall be confiscated then?

This question may seem valid at first glance, but if history and facts had been that simple, Dalits would not have suffered so much. During the CA election, the council of ministers was allowed to nominate 26 CA members, which is five percent of the total elected CA members. In other words, the right to elect five percent of CA members was snatched from the people and granted to the council of ministers. But no one raised any questions. The current draft constitution, too, states that the President shall nominate five members  to the upper house. Given that a total of 40 people will be nominated from the eight provinces, this is 11 percent of the national assembly. Whose right is being confiscated to grant the President this right? Why doesn’t anyone raise questions about it? Barring a few exceptions, the existing system allows only non-Dalits to get elected in the direct elections. Doesn’t this strip Dalits of their right to get elected, a right that has hitherto been enjoyed only by non-Dalits?

No one sees any problem with a “democracy” where Dalits are constantly robbed of their rights in order to get non-Dalits elected. So why are people worried about losing their share when minimal reparation is being requested for Dalits? How can a system be called democratic if it cannot heal the millennia-old wounds of Dalits?

The CA members who approved the provisions for Dalits in the first CA included not only those who were ridiculed by the media as “illiterate” but also well-known figures such as Prakash Chandra Lohani, Narayan Khadka, Narahari Acharya, Shankar Pokhrel, Ram Chandra Jha, Sarita Giri, Kalpana Rana, Agni Kharel, Radheshyam Adhikari, Laxman Lal Karna, Barsha Man Pun, J.P. Gupta, Mahesh Chaudhary and Nabindra Raj Joshi, as well as administrative experts and secretaries such as Thakur Baral and Tek Prasad Dhungana. The provisions were not approved through ordinary deliberations; the process was akin to bringing the sky down to earth. It was only after exploring all possible options that the CA members reached consensus. Ninety percent of those CA members have been reelected to the second CA. But those provisions are now being reduced to a sham. There is some nasty bullying going on. Why are those CA members silent?

Initially the current CA had unanimously decided that it would adopt the provisions agreed upon in the first CA. But the Dalit-related provisions approved by the first CA are now being removed or distorted through bullying in the Drafting Committee:

Forcibly removing the provisions is a criminal act. Distorting them by adding the phrase “by formulating a law” is equally dangerous. The original provision recognized that all landless Dalits are entitled to land; Dalits could file a case against the state if this provision were violated. This is what fundamental rights means.

The phrase “by formulating a law” could mean that landless Dalits may continue to be deprived of land. Firstly, the law that is to be formulated will determine who is entitled to land. Secondly, the state might not formulate any such laws. This is not an obligation on the part of the state. It is crystal clear that the phrase “by formulating a law” has been added to the original provisions on education and shelter to make these provisions moribund.

Not all members of the Drafting Committee are to be blamed. Some of them relentlessly spoke out for justice. But the rest of them have remained silent. In fact, the real villains were the five honorable members in the inner chamber: Krishna Prasad Sitaula, chairperson of the Drafting Committee, Bhim Rawal, who had joined the committee precisely to bring about the current situation, Madhab Poudel, Purna Man Shakya, and Tek Prasad Dhungana. Agni Kharel and Radheshyam Adhikari were outside the door supporting the chairperson and Bhim Rawal.

Dalits have only one option: to keep fighting for their rights in all spheres. Their current demands are:

2. The new constitution must ensure that Dalits have proportional representation in federal, provincial and local level legislatures, with an additional provision of three, five and ten percent representation respectively at these three levels as a reparation measure.

3. Dalits must be represented in the executive body at every level.

4. The new constitution should contain a provision to ensure that Dalits have proportional representation in all government bodies including constitutional bodies, civil service, army and police.

5. The provision for ensuring proportional representation of Dalits with reparation should be kept intact while adopting a mixed electoral system.

The political parties, particularly the Nepali Congress and the CPN(UML) must take these common agenda of Dalits seriously. Otherwise these agenda will definitely be passed on to the UCPN(M), which, along with Dalits from different political parties, has continuously raised these issues in all CA committees.

This is what Dalits will do now:

From these ashes of defeat will rise a new era of Dalit movement. This is how Dalits will protect their agenda.

O modern bista, lords, who bully over us, I want to ask you – you have tricked us using your pen for over three thousand years. Now that you control the computer keyboard, do you think you can write or delete anything you want?

Against all your wishes, we now have one joint secretary, one police superintendent and one justice from our community. You won’t be able to stop Dalits from being elected as parliamentarians. You may interrupt but can’t stop the tide. How would you feel if Dalits, once they attain power, start tricking innocent people from your community like you did us in the past? Dalits want to end the millennia-old resentment. Do you also want that or do you want to perpetuate hatred and animosity? The choice is yours; Dalits are prepared to take it on.

Aahuti is a writer, Dalit activist and a leader of the UCPN (Maoist).

(This article is an edited version of the Nepali article published in setopati.com. It was translated into English by Shradha Ghale and Khyam Bishwokarma.)

My autism journey: how I learned to stop trying to fit in

One woman's journey of autism discovery.