Nepal is better off aligning with India than China 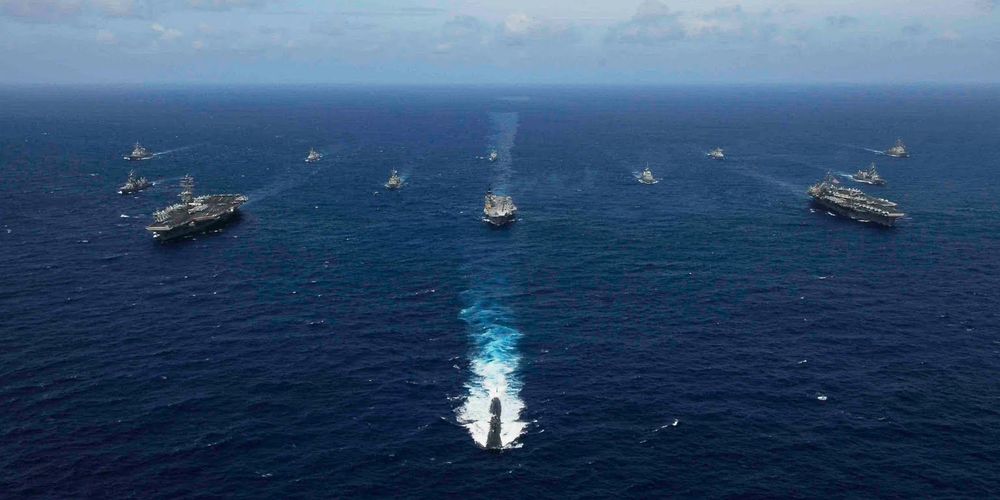 The new Indian Prime minister’s visit to Nepal can be seen as an effort to bolster India’s image in South Asia. More than anything, it is directly tied to the changing regional and global dynamics. Modi’s South Asian tilt is not a choice, as some analysts see it, but a necessity motivated by India’s security concerns. India’s changed regional policy will compel many South Asian countries to give up their real or pseudo neutrality and align themselves with either India or China in the near future. Concepts such as neutrality, equidistance, equi-proximity and trilateral cooperation are a luxury that weak and poor South Asian countries like Nepal simply cannot afford at this period.

It is clear from the Chinese actions that the present set of leaders are moving away from Deng Xiaoping’s philosophy of “hide your strength, bide your time” in conducting foreign policy. In the post-Tiananmen massacre era (post-1989), the Chinese government has created problems for itself in trying to sustain its rule by promoting nationalism, and at times outright xenophobia. For instance, a mall in Taiyuan city, capital of Shanxi Province in China, recently reenacted the scenes of the Chinese Communist soldiers killing the Japanese soldiers to boost sales! (See picture.)

The Chinese leaders are finding it difficult to quell the fears and concerns of its neighbors due to the Chinese state’s nationalist propaganda and its military power projection. In the past, the Chinese government balanced the nationalist propaganda at home with pragmatism in foreign policy, but these days, pragmatism in foreign policy is replaced by the nationalist rhetoric and is making everyone, especially the neighbors, from East, South east and South Asia wary of its intentions.

On the one hand China and its neighbors both need stable trade relations to sustain their economies. On the other hand, China’s powerful neighbors, in particular Japan and India, feel that China’s aggressive posture on various regional issues (recently the Chinese government published a map that shows all of disputed territories in South China Sea and India’s Arunachal Pradesh as belonging to China, see picture) and its growing yet opaque military expenditure call for stronger regional alliances to safeguard their interests.

Let’s be clear: Given its insistence on maintaining independence in conducting foreign policy, India is not going to enter into a formal, strategic, anti-China alliance with Japan What is likely to emerge in the days ahead is an informal alliance between Japan and India. Japan recently reinterpreted Article 9 of its pacifist constitution as allowing for “collective security”. This means that the Japanese forces can now engage abroad if the lives of people with close ties to Japan are at risk. The country’s efforts at building one of the most modern and powerful naval forces in the world have clear advantages for India. The informal alliance will probably be manifested in more high-level New Delhi-Tokyo visits and joint military exercises, sale of military hardware by Japan to India, and joint patrol of the two countries’ military vessels on the Indian Ocean without any official announcement of a binding commitment. In fact the signs of an emerging military alliance between India and Japan are already apparent. One of the agendas of Modi’s visit to Japan is to seal the deal to buy 15 ShinMaywa US-2i Amphibious and Rescue (SAR) aircraft for $1.65 billion.

However, for an India-Japan alliance to work, India needs to bring South Asia into its fold. From the Indian security perspective, China’s influence in South Asia is growing, and in case of a military showdown between the two rising powers, China can open multiple fronts against India, because South Asian countries lack the economic or military capacity to prevent China’s advances into their territories. This by no means suggests that India and China are going to war tomorrow, but as rising powers both India and China need to prepare themselves for all eventualities. In this context, it is imperative for India to change its earlier policy of indifference or interference in its neighboring countries and ensure that China’s influence in the government, security agencies and society is minimized as far as possible. Both powers want to establish their spheres of influence as a way to avoid war. The classic example is the Eastern Europe/ Western Europe division during the Cold War.

In the Indian perspective, Nepal is inching closer to China. India is not comfortable with it as Nepal has long been India’s sphere of influence. The open border between the two countries makes Nepal a safe haven for any country/group with sinister designs on India. This makes Nepal an important country for India. Moreover, as a rising power, India would not want to be seen as “losing” Nepal to China.

South Asian countries including Nepal can benefit immensely from the change in India’s neighborhood policy. Nepal can use this opportunity to harness its hydropower potential, resolve contentious issues, and seek Indian aid in its economic and infrastructure development. All countries that witnessed economic growth in the last 50 years, including China, have one common feature: they all aligned with the United States despite paying lip service to Non-Aligned Movement (NAM).

Likewise, Nepal has a choice now to either align itself with India or China in the emerging alliance politics in Asia. There is no other alternative if it wants to develop. One of the aims of Modi’s visit is to woo us. The choice is ours to make: whether we want to be on the side of India, Japan, Southeast Asia and the US, or find ourselves grouped with China, Russia, Iran, North Korea and Zimbabwe. We can only hope that our leaders, bureaucrats and diplomats would make the right choice.

Trailokya Raj Aryal  Aryal is an international relations enthusiast. Check out his blog at http://trailokyaaryal.blogspot.com. Email Aryal at [email protected]