Tim Gurung reflects on his journey of writing a book that traces the history of the Gurkhas, why he wrote it and the lessons we can take away from it. 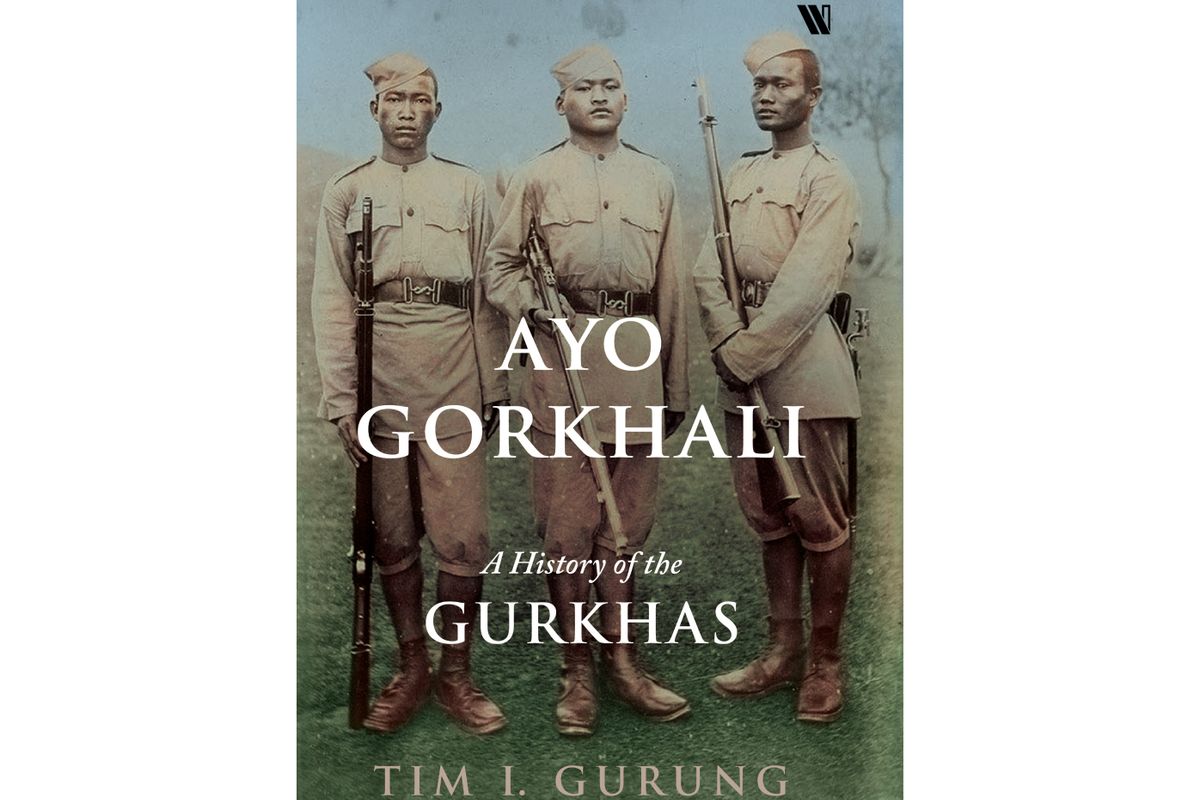 Gurung's book has been published by four publishers worldwide, including a Nepali edition. (Tim I Gurung)

This is part 6 in a series by Tim Gurung about his life as a Gurkha soldier-turned-businessman-turned-writer. Previous entries in the series can be found here.

After fourteen books, I decided to quit self-publishing and follow the traditional way of publishing. I was working on my Gurkha book then and decided to give my utmost best before I inquired for an agent. What transpired next would completely change my life as a writer and a person, and I couldn’t have guessed it even in my wildest dreams.

When I started working on the Gurkha book (Aayo Gorkhali: A History of the Gurkhas), I initially had a simple idea. I didn't know it was such a crucial chapter in our history. But the more I researched, the more I found how important Gurkha history was to our country’s history and how much more I needed to learn. What I dug out was just a tip of an iceberg.

For the next three and a half years, I ate, drank, and slept on the book, and I thought about the book all my waking hours. I read every book, magazine, and article on the Gurkhas and watched as many documentaries as I possibly could find. I then started a six-nation visit, starting with the UK, at the Gurkha Museum, where I spent a week going through all those old documents in its library. In Yangon, Myanmar, I met all the elders from the Gurkhas community and visited the Taukkyan cemetery, where all the fallen Gurkhas in the second World War have been laid to rest. On the way back, I visited Ipoh, Malaysia. I attended a memorial service in honor of the fallen Gurkhas during the Malay Emergency 1948-1960. I flew to Singapore and visited the Kranji War Memorial, where the fallen Gurkhas of the second World War and Borneo Confrontation 19603-1966 are buried. I also talked with several scholars and visited the Gurkha Museum in Pokhara in Nepal.

Since I had my army career in Hong Kong and was living here, I had all the details I needed about the Gurkhas there. So, I began the actual writing. When I finished the book, I was still not happy. Therefore, I went to Nepal, gathered a team of four (myself, a coordinator, a photographer, and a driver), and visited places, from the east to west of Nepal for an entire month, where most of the Gurkhas reside. I met over 100 Gurkha veterans who have served from WW2 to recent wars in India. Those WW2 veterans were over 90-100 years old, and we happened to be the first and last people who had sought out their stories. I couldn't be prouder.

When I was ready, I signed up with an agent, and my Gurkha book was published by four different publishers worldwide, including the Nepali edition. There must have been hundreds of books written on the subject, but most of them have been written by outsiders. Despite being a 207-year-old institution, the Gurkha community has never had anyone from within write a book on them. The story was just there waiting for it to be written, and I am honored to be that lucky person. I have become the first Gurkha who has written about the Gurkha's story in 207 years, and that single fact alone was worthy of all my troubles.

After the book's first publication, each day was a celebration for the next year and a half. Most mainstream newspapers in South Asia, Singapore, Hong Kong, and Europe featured the book, and I got invited to participate in various functions and shows. I also gave speeches in museums and universities, and the book managed to cover over thirty-five pages of prestigious newspapers. The Gurkha community was abuzz when the book was published. When all four editions were published, the book was virtually available all around the globe, and I received images of readers holding the book from countries such as the US, Canada, Australia, Japan, Korea, the UK, Europe, and the Scandinavians. It was a great deal for a humble writer like me. The success of the book amazed me beyond words, and I couldn’t be happier.

In this whole journey, there are three events that I am extremely proud of and will cherish for the rest of my life. The first is being able to participate in the Jaipur Literature Festival in 2021. The second is when my book was used as the primary source of information to fight against the British in the recent Gurkha Justice Campaign in the UK. The third is when my book was featured in the National Security magazine of India’s think-tank with a six-page review by its editor-in-chief. And I genuinely believe that the book has changed the very definition of the Gurkhas for good — the Gurkha's history is not only about bravery but also a tragedy.

I had two main reasons for writing the Gurkha book. All the books hitherto were written by outsiders, and it had become a rather one-sided story. I wanted to tell the other side, our side of the story. Two, we have, mainly the Gurkhas community, heard a lot about our grandfathers' bravery, but there was no written history. And I wanted to fill that void so our young generations would know about their grandfathers’ history. And being able to achieve that in such a grand way was the finest moment of my life.

Furthermore, for younger generations, the book could serve as the most critical gift of their life and cherish it as the most important history of their lives. I dreamt about being the benefactor of all good things that happened to our people and the country. But it would have been an understatement if I said I was disappointed. Our people's ignorance, indifference, and lack of interest in understanding our history got the better of them, and we had to contend with a mere lukewarm response. That reading happened to be my least favorite choice of our community, and there was not much I could do to change that.

I got much more than I had ever anticipated on a personal note. The Gurkha book established me as an international writer, and I am a writer from nowhere and have readers now from everywhere. And that cannot be said by many, and I deemed myself a lucky man.

One lesson I have learned from the project is the importance of the Gurkha’s history in Nepal. Knowingly or unknowingly, though, what the Gurkhas have done for the country is massive, and we should never forget their sacrifices. Although the Gurkha's history is the most neglected one, Nepal's history can never be complete without the Gurkha's history. And Nepali people, especially the new generations, must learn to read and appreciate them — the Gurkha's history matters to you, me, and all of us.

Last but not least, it pained me when I saw people mocking the Gurkhas, using derogatory names, and not shying away from insulting them. That's not courage but a sign of a coward and reflects a person's weakness, apathy, and ignorance. A knowledgeable person would never behave in such a lowly way. If you cannot respect them, at least don’t ridicule them. Because without their sacrifices, perhaps you would never have the opportunity of calling yourself a Nepali, and if this cannot change you, nothing ever will.

In the next part of this series, I will write about the important lessons I learned as a writer.

In Part 3 of our interview with Bryony Whistmarsh on Narayanhiti Museum, we look at how the Museum remembers the royal massacre.

The Making of the Gorkha Empire: Part II – The Ruling Class

Why the Gorkhali court was plagued by intrigues and conspiracies

Kathmandu University professor Laxman Gnawali relates a particular instance from his own writing journey that taught him how to better teach writing to young students.

The maharaja and the monarch (Part 1)