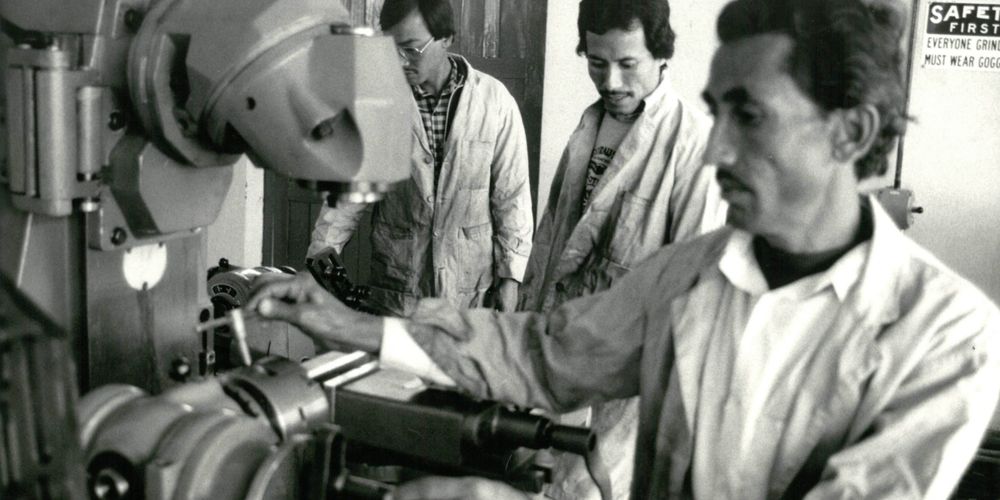 The social security scheme is an ambitious policy intervention being implemented  by the incumbent Oli-led government. The scheme, rooted in the Social Security Act of 2017, comes out of a decade of negotiations between the government, private employers and employees. It is all set to be rolled out in the next few months and is likely to have a lasting impact on Nepal’s labor force.

In the past, the government collected one percent tax from the annual income of taxpayers, but refrained from using it. The money was just sitting there, in the absence of fleshed out laws that stipulated what could and could not be done with the money. As a result, employers were effectively in charge of workers’ social security. Laws that were few and far between, and lack of political will to enforce them meant that private companies were under no legal obligation to either their employees or the state--they provided perks and facilities as they wished (which often meant that benefits were meager). Public officials, on the other hand, were eligible for standardized benefits, and were guaranteed a pension at the end of their careers.

While some private employers were affiliated with the Citizens’ Investment Trust and the Employees’ Provident Fund which would automatically enroll their workers in the plan that gave out a sum of money at the termination of the job, most were not. This meant that workers who were saving money in state-owned schemes would have a pension plan to look forward to at the end of their careers, but most engaged in private sector employment, particularly those working for small businesses, had to retire empty-handed or an one-time payment.

Under the new scheme, the responsibility for providing social security has been shifted from private employers to a national social security fund made up of direct contributions from workers.

With the new social security scheme, employers, regardless of the size of their businesses, are obligated to contribute 20 percent of an employees monthly wage to the social security fund. Further, the worker will contribute 11 percent from their monthly wage. Workers are entitled to health benefits, maternity benefits, disability benefits and a pension upon retirement. If the worker dies, one dependent is entitled to a monthly allowance equivalent to 60 percent of the worker's monthly salary, and their children are entitled to an education allowance worth 40 percent of the wage.

Each worker is to be given a social security number that will remain constant throughout his or her lifetime.

Workers who have contributed to the labor force for six months or longer are eligible for basic health-checkup benefits, while those who have been enrolled in the scheme for a year or longer are entitled to 100,000 rupees of annual medical coverage and maternity benefits equivalent to one month worth of salary. The social security fund is also to reimburse workers in case of long leave due to an emergency or a pregnancy.

Labor rights advocates have hailed the social security scheme as a policy with game-changing potential, while also expressing skepticism over implementation owing to the various challenges that are bound to come up.

The biggest challenge lies in the laying of groundwork for making sure that minimum wage stipulations are being met. A large number of private companies including private schools, hospitals, banks and other financial institutions still do not pay workers the minimum wage fixed by the government.This is true even for companies based in Kathmandu. For employees such as, say, a kindergarten teacher getting a monthly salary of 6,000 rupees, the scheme is likely to be meaningless.

Another challenge lies in expanding the scheme to cover those working in the informal sector which, according to some estimates, is 75 percent of Nepal’s total workforce. The informal sector primarily employs temporary workers, majority of them daily-wage laborers. This has given employers leeway to hire and fire workers as per convenience in the absence of contracts.

Lack of contractual obligation means those working as farmhands, construction labourers, and in other low-wage industries are highly prone to exploitation. These workers often do not have legal recourse if they have been wronged by their employers.

The biggest challenge lies in the laying of groundwork for making sure that minimum wage stipulations are being met. A large number of private companies including private schools, hospitals, banks and other financial institutions still do not pay workers the minimum wage fixed by the government.

Despite Oli government's effort to portray the scheme as its pet project, the social security fund has long been in existence. Since Baburam Bhattarai set up the fund and made it compulsory for workers to contribute one percent of their annual income to it, a mammoth 19.33 billion rupees has been deposited in the fund.

Once the targeted social security tax starts pouring in, the fund will be the largest depositor of public money in the country, and there are fears that this money could be misused. The government has a less than stellar record when it comes to the use of public funds. For example, the Migrant Worker’s Welfare Fund (MWWF) set up through direct contribution of migrant workers, is a scheme aimed towards increasing spending on migrants welfare. But the government has been spending money from the fund on expensive vehicles for high-level officials, extravagant allowances, and foreign junkets. The government needs to put a transparent and strong system in place in order to prevent possible corruption and  misappropriation of funds.

Desperate to portray the scheme as its signature program, the Prime Minister’s office got big businesses to sponsor large advertisements on 27 November. All the national daily newspapers were donned with jacket ads carrying Prime Minister Oli's message-- “the beginning of new era.” Addressing the nation in a video message just before the official launch of the scheme, Oli claimed that the government had fulfilled the promise of an all-inclusive social security scheme he made during his first stint as prime minister. Labour Minister Gokarna Bista went a step further in praising the scheme, claiming that it would lead to a significant decline in the  number of people leaving the country for foreign employment.

The beginning of a new era might be an exaggeration to describe a policy that is still in the process of implementation.  However, it is overall a useful scheme that has the potential to benefit millions of Nepalis, especially those who have never before had access to  social safety nets. Whether the policy brings any major changes to Nepal’s labor force depends on the sincerity with which the government works towards implementation.