Situation normal, all fouled up

Situation normal, all fouled up

In the wake of the quake, it’s politics as usual 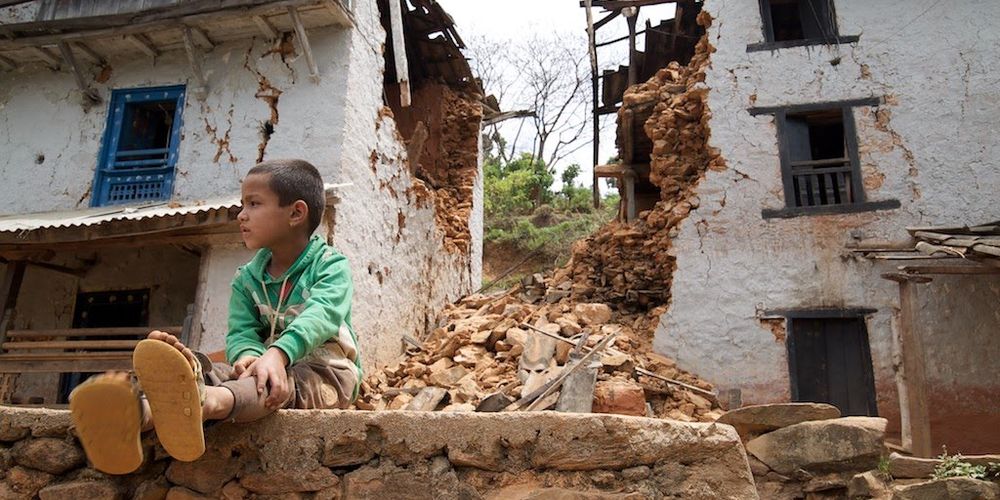 An incident recalled by a colleague at a volunteer organization revealed the multiple facets of the post-earthquake relief efforts in Nepal. She was at Tribhuvan International Airport, negotiating with customs officials and ground staff to clear 40 cartons of vital relief sent from India via private donations, which was stuck due to the several impounds the Nepal government has effected on private aid and donations in the wake of the quake. She had a letter from a reputed industry lobby, and her friend knew someone in the ground staff—and despite this, it was eight hours before the 40 cartons could be released. Finally, only 36 cartons reached them, perhaps because of misplacement or, more likely, pilferage. When all the cartons were loaded, she asked the ground staffer who had helped them load the cartons whether he needed anything. The man pointed at a package of tarpaulin sheets, and the colleague told him in earnest: “I am more than willing to give you the tarp if you need it, but if you don’t, remember, this single tarp will shelter a whole village. So if you don’t need it, I can give you money.” (The tarpaulin sheet was a long one: 100 x 120 feet, if I recall correctly.)

The man sheepishly grinned and said, “Give me money, then.”

The dark comedy aside, this incident is symbolic of how post-quake relief efforts have progressed in Nepal: private citizens trying their best to overcome government neglect to provide much-required aid in the immediate term; a government machinery that is doing its best to discourage such individuals, and instead, re-direct all efforts through its vast bureaucracy; the red-tapism within the Nepali “system”; the ease with which the red tape can be removed with “connections”; and the systemic corruption that is prevalent within Nepali society.

In the wake of the quake, many have questioned the government’s lackadaisical efforts at relief and aid, but the government in turn has countered them by arguing in the larger cause of nationalism, a united relief effort, and a focus on the long-term. Unfortunately, no one believes these arguments, not least because they come from elected officials. Nepal has for long been ruled by opaque governments, and the subtle irony that this government has assured all donors and aid agencies complete transparency in its relief and reconstruction efforts will not have been missed. In fact, one can even argue the current government has been at its most vocal after the earthquake: since its sudden realization that an immediate statement was warranted (which did not arrive until the Wednesday after the quake), spokespersons have continuously stated the many things the government has purportedly done; political parties have appeared in photo-ops together at the epicenter and elsewhere; parliamentary addresses have been broadcast (an ex-PM seemed shocked he was being gutted in the media for his invisibility); and Kathmandu’s bureaucracy has been mobilized to oversee relief efforts in the affected districts (a bureaucrat was quite disappointed at having to go; after all, they would need to sleep in tents). But none of these post-disaster outreach efforts have helped the government overcome its public relations disaster.

Too late, too little: this is the common feeling.

Reports filter in about international aid agencies’ meetings with government officials, where the latter have simply asked for help, sahayata, which has implied cash. A medical relief team wants to send out its people at 7 a.m. on the helicopters it has borrowed on contract, but the official who gives them the permission to fly arrives only after 8 a.m. A Dhading local points to a village across the Trisuli and says, “Those two houses on the far left—those are Congress houses, and UML workers have purposely not given them aid.” (All three of Dhading’s elected Constituent Assembly members are from the UML.) Later, a friend corroborates the local, except that his report is from Dolakha, where the same thing has happened. The Dhading local suggests Nuwakot may be better off in receiving aid, as all three of its Constituent Assembly members are from the Congress Party, and powerful ones, and Rasuwa is suffering because all the aid trucks are being stationed in Nuwakot. One has not even begun studying the sociological distribution of aid. Have relief efforts reached the most marginalized of Nepali people? Does this government, supported by some of the most vociferous conservative voices, intend to oversee aid distribution in such a way?

Relief efforts have certainly been hampered by the difficult terrain and lack of information, but that is exactly what the government needs to counter. It could have acted as a nodal point for all relief efforts—private citizens, aid agencies, and foreign governments—in the immediate aftermath of the quake; it could have coordinated with its village development committees and affected district administrations to deliver aid as soon as possible. Unfortunately, a retrospect will not help.

After the Haiti quake, reports suggest not even 10 percent of the 3 billion U.S. dollars that poured in (from the 10 billion dollars that was pledged!) went to the affected. In Nepal, even before the quake, foreign aid totaled a massive 1.2 billion dollars. Some officials have now begun quoting figures of 2 billion dollars or more when asked about the relief and reconstruction costs. Even if one discounts the cynicism with which Nepali governments are viewed, the proportion of aid to our national economy is staggering. How much of it will actually reach the reconstruction effort? Further, can this government, which had already been labeled a weak government helmed by an even weaker prime minister, put Nepali skepticism to rest? Will reconstruction focus not just on rebuilding houses, but on rebuilding lives?

Unfortunately, the stories in the aftermath don’t suggest it can.

Cover photo: A boy sits in front of his damaged house in Sindhupalchowk. Government-provided relief has been slow to reach many people in remote areas of Nepal. Pete Pattisson

We toiled day and night to rebuild our house after the earthquake, and K.P. Oli took all the credit

On April 24, 2016, exactly a year after the 2015 earthquake, Prime Minister K.P. Shama Oli launched the reconstruction campaign by laying the foundation stone for the house of Sarita Tamang in Chautara, Sindhupalchok. Sarita Tamang talks about the media spectacle that surrounded Oli laying the foundation stone, and the subsequent absence of government support during the actual construction work

No longer at ease

Laprak was heavily damaged during the earthquake; its fate now hangs in the balance