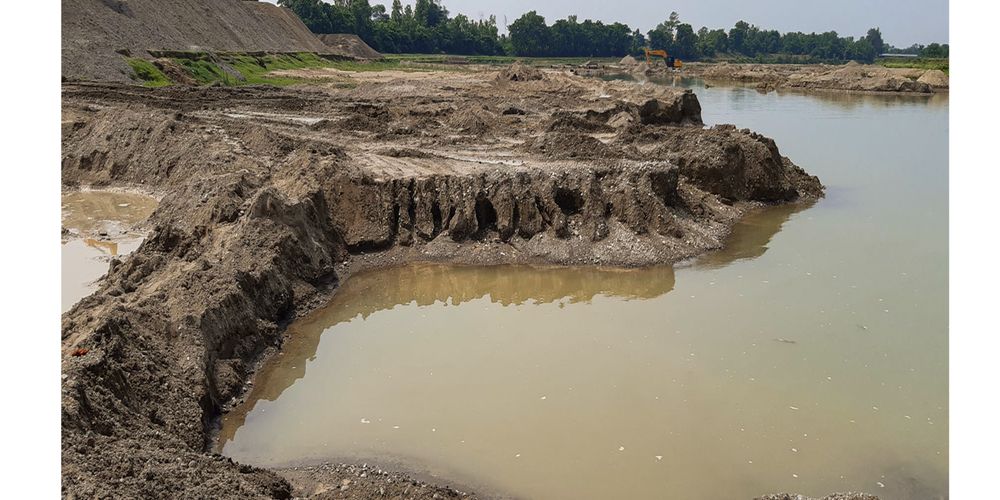 Late last month, Finance Minister Bishnu Paudel revealed the details of the federal budget for the upcoming 2021-22 fiscal year at the Office of the Prime Minister in Singha Durbar. The speech was eagerly anticipated, even more so than it usually is, amidst much curiosity surrounding the government’s plans to address the ongoing Covid-19 crisis, its destructive footprint across almost all sectors of the economy, and the host of environmental issues that have contributed to exacerbate the country’s overall health during the pandemic.

Last year’s budget speech had come under severe criticism for undermining the pandemic’s effects. At a time when most countries were announcing reduced growth projections, realigned to address the economic blow of Covid-19, then finance minister Yubaraj Khatiwada instead declared an ambitious growth target of 7 percent. Experts were quick to declare the proposed rate unrealistic and guilty of underestimating the economic impacts of the pandemic, which were yet to be fully felt at the time. In fact, the Central Bureau of Statistics had revised the projected growth rate to an estimate of 2.27 percent, following the World Bank’s 2020 prediction of South Asia experiencing its worst economic performance in 40 years.

A full year later, all eyes were firmly on the budget speech for plans to provide health and economic relief to alleviate the year-long compounded effects of the still raging pandemic.

But it was the issue of nature conservation that took centerstage as experts and activists were quick to flag an environmentally questionable relief proposition announced in the budget speech. Paudel shared the government’s plan to minimize Nepal’s growing trade deficit, estimated now to have surpassed Rs 1 trillion, by exporting stones, gravel, pebbles, and sand to neighboring markets. This declaration effectively suggested the government’s intention to backtrack on a number of recent efforts in place to work towards banning international trade of river and mine-based construction material.

The decision has since come under widespread criticism from conservationists, calling out the leadership’s myopic (and in the long run, counter-productive) approach to balancing the trade deficit. Discourse has since also extended to speculate on the role of insider deals and corruption involved in the decision.

At the center of the conversation is the Chure region, located along the Tarai plains and the Mahabharat Range of the mid-hills to the north, covering over 36 districts. Almost 1.4 million hectares of the Chure region, comprising over 70 percent of its total land area, is covered in forests. More than five million people reside in the region, mostly earning a living from agriculture, using practices that rely heavily on natural climatic conditions.

The Chure is rich in biodiversity. It has long been a central issue around surface and underground water conservation, owing to its distinct Himalayan biological specificities, large land surface area, importance regarding wildlife habitat, its role in the larger area’s natural ecosystem balancing mechanisms, and its significance to local communities and indigenous groups that rely on it for various bio-cultural purposes. Decades of extractive operations have caused major landslides and floods to occur in the area. Populations living downstream of the Chure watershed, who are at the frontlines of potential disaster events leading to farmland destruction, are most vulnerable, as is the wildlife that inhabits the forests.

The government signaled its intention to protect the Chure through the initiation of the President Chure Conservation Program in 2009, as an attempt to “identify the problems, challenges, and issues of forest conservation to propose an effective plan.” The program has identified various green employment/income generating opportunities since its inception, including community forest programs that have seen low-scale success in smaller areas. Still, due to the region’s potential for lucrative construction material and mineral extraction, its annual deforestation rate has remained one of the highest in the country. Landslides and floods have increased in the last three decades.

With the recent announcement in the budget speech, the government has effectively revoked its commitment towards these efforts and whatever protection the Chure was afforded. Long story short, the speech essentially called for ecological exploitation of the Chure in order to offset the trade imbalance.

One might argue that the plan is a tempting, albeit not ideal, proposition at face value. The fact that much of the mainstream discourse surrounding the proposal has centered around its temporary effects, such as potential flooding, landslides, and deforestation, is also not helpful to fully grasp its long-term ramifications.

Sand is one of the most traded infrastructure materials in the world, but it is also one of the least monitored. Exactly how much sand is used in a year is a worldwide mystery. A landmark 2019 report published by the UN Environmental Program relied on cement data, which sees relatively better recordkeeping, to estimate a figure close to 50 billion tonnes. The report was complemented with a worldwide press release calling on countries to focus resource governance efforts on sand in the wake of new studies exploring long-term sustainability challenges in extraction techniques.

A 2019 study published in Nature found that years of sand mining in the Ganges had led to a sharp fall in local fish population, pushing fish-eating crocodiles to the brink of extinction along the Mekong river. This sudden shift in the river’s food web nearly destabilized nearby riverbanks completely, causing forced displacement of over half a million people before efforts were initiated to conserve the crocodiles. In a country as understudied as Nepal, one wonders how many essential species have become unknowingly endangered after decades of local extraction practices.

Sand and gravel extraction also have impacts directly connected to anthropogenic climate change. Extraction operations and transportation of the mined material are often carbon-intensive processes that contribute to greenhouse gas emissions. In the context of Nepal, where climate vulnerabilities disproportionately outweigh emission contributions, the issue becomes one of social justice, as socio-economically marginalized groups tend to be most vulnerable to extreme weather events and potential consequent displacement.

As sand prices rise, violence against conservationists has also increased around the world. The murder of 24-year old Om Prakash Mahato caught national attention just last year when the aspiring engineer was crushed by a tipper truck driver in his home district of Dhanusha. Mahato was actively involved in a community campaign to stop illegal sand mining, as the practice was damaging riverside farms. The Province 2 government announced that it would put a stop to all illegal riverbed mining after the case made headlines. However, reports since have suggested that sand mining resumed after the noise faded.

A 2017 Reuters investigative report found that this violence is in its worst form in neighboring India, where criminal syndicates have set up ‘sand mafia’ networks, burned journalists alive, bribed officials to sweep unsafe working conditions under the carpet, and killed whistleblowing activists and law enforcement officials.

And then, finally, there is the matter of politics. The board of the aforementioned President Chure Conservation Program put out a statement a week after the budget speech defending the government’s announcement. With many politicians from the opposition parties denouncing the decision, the narrative has been further politicized.

The conversation around Chure has unsurprisingly occupied progressively smaller space in the mainstream discourse over the last two weeks after the initial explosion that came with the budget speech. Yet, conservation groups continue to assert the importance of protesting this decision before any irreversible damage is done to the already vulnerable region.