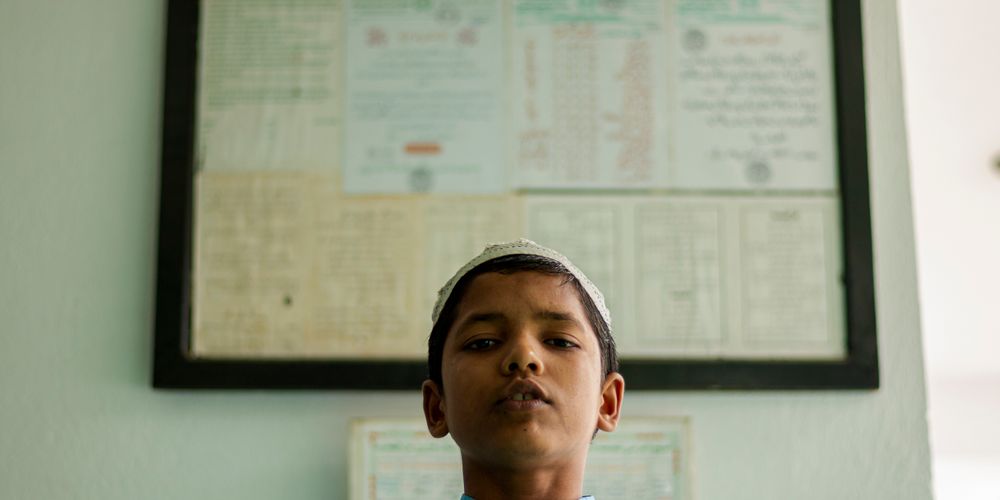 Every year after the month of Ramadan, around the end of April, the academic year begins for madrasas in Nepal. At this time of the year, the Al-Jamiatul Islamia Darul Yatama madrasa in Swayambhu would normally have been abuzz with classes. Some young boys would be reciting the Quran while others would be learning the multiplication table.

But as 16-year-old Mohammad Arbaz Ansari chants the call to prayer, his voice echoes in an empty madrasa. Arbaz is among the four children currently staying at the school, from among the 85 students who were enrolled there before the pandemic started in 2020. All of the other children have gone back home, most of them to the Tarai, where a majority of Nepal’s Muslim population lives.

For those unfamiliar, ‘madrasa’ is the Arabic term for an educational institution. Generally, in a madrasa, primary focus is on teaching the Quran, sacred Muslim law, and other subjects like Arabic and Urdu. Run on donations, madrasas provide free education to children who belong to financially deprived families. They also provide food and lodging.

Arbaz came to live in the madrasa in Swayambhu when he was 6 years old. Originally from Birgunj, his mother dropped him off at the madrasa because she could no longer provide for him. Arbaz does not know where his father is and he is no longer in contact with his mother either. The madrasa has now become his home and the teachers and students his family.

But the madrasa is not doing well. For years, with no government-approved curriculum, no policies and little financial support, madrasas like Al-Jamiatul Islamia Darul Yatama have been neglected by the state. And the pandemic has only exacerbated existing problems.

“As many of our students are from underprivileged families, there’s no way we can run online classes. The children have all gone back to their villages where they have no access to the internet,” said Shekh Najmul Huda, who teaches Arabic at the school. “For the past two years, students have been learning nothing.”

Huda is also worried that the pandemic may cause students to drop out of school altogether. “Already, we’re seeing fewer students. Last year, when we opened briefly, only 35 students returned to school,” said Huda.

The situation is similar in other madrasas. Established in 1940, the Madrasa Islamiya School, run by the Nepali Jame Masjid, is one of the biggest madrasas in the valley. It had 350 students enrolled before the pandemic but when lockdowns eased last year, only around 200 returned.

“Almost 80 percent of the students enrolled are from impoverished families and many parents themselves are illiterate. Thus, they do not see the value of education,” said Shamin Sadar Nepali, chairperson of the Madrasa Islamiya School. “We’re also worried that even those who do return need to be taught everything again. After staying home, with no learning activity for so many months, I am sure many children will have forgotten whatever they have learned.”

Because of the pandemic, students are also losing precious time. Take Arbaz, for example. He is 16 years old and he has only finished grade 5, which is the highest level of education the Al-Jamiatul Islamia Darul Yatama madrasa provides. The madrasa’s teachers are hoping to transfer him to another madrasa that provides higher education, but with the pandemic, that has not been possible for the past two years.

The pandemic has also brought on financial stress to madrasas. “Since the pandemic started, the donations that we used to survive on have also dwindled. We are currently 12 lakhs in debt,” said Nepali. “We haven’t been able to pay the salaries of our teachers for the past two years. They call us but we have no money.”

Despite the dire financial situation, no government help has been forthcoming. But problems had persisted for the madrasas long before the pandemic. In fact, the government has done little to nothing to uplift the status of such educational institutions till date.

Al-Jamiatul Islamia Darul Yatama duly registered with the Ministry of Education in 2011 and has an approved curriculum of up to grade 5. As per the policy, until 2017, the madrasa received Rs 1,80,000 annually.

“The money was not enough to provide salaries to our eight teachers and cover other operational costs, but it did provide some relief,” said Huda.

But since 2017, that money has stopped coming.

Al-Jamiatul Islamia Darul Yatama and Madrasa Islamiya School are among the 907 madrasas registered with the ministry, according to a report published by the Education Ministry. But this is just the number of registered madrasas, officials believe there are more than 4,000-5,000 madrasas operating unofficially in the country, a majority of them across the Tarai.

“It is the result of a lack of regulation and monitoring. Even if there are 10-15 children studying Urdu together then people call it a madrasa, so the number of madrasas currently operating must be over 4,000,” said Nepali. “Some of these madrasas are operating just to make some extra money. Some operate unofficially because registering with the ministry yields no benefit; it’s just an additional hassle.”

The problem with unregistered madrassas is that enrolled students find it difficult to transfer to another institution later on and there is no uniformity in education. “The problem with unregistered madrasa is huge, as thousands study in these madrasas, but unless there’s a body within the education ministry that looks after the welfare of madrasas, this situation will never be resolved,” said Nepali.

Low levels of education as well as social and economic exclusion translate into limited opportunities in economic and political spheres, and this holds particularly true for Muslims in Nepal. The government does not maintain socioeconomic data on the basis of religion. But it can be fairly surmised that Muslims fall in the lower rungs of the country’s socioeconomic ladder. And to uplift any community, access to quality education is a must.

“The reason why the Muslim community has been left behind is because we have no access to quality education. The government does not care and nor do many families because they too are illiterate and do not understand the value of education,” said Nepali.

Poor support and regulation of madrasas has taken a toll on the living standards of a majority of Nepal’s Muslim community, a minority group which makes just 4.4 percent of the country’s population. The Human Development Index of Muslims is 0.422, which is lower than that for Dalits all over Nepal (0.434), according to the 2014 Human Development Report by the National Planning Commission and UNDP.

“The main reason why the status of madrasas has remained pitiable is because of our unstable government. Ministers keep changing without giving any policy lobbying power to individuals who can make a difference,” said Seema Khan, chairperson of the Muslim Women Welfare Society, which also runs a madrasa for girls. “People forget how the lives of young children will be affected, especially young girls who do not get a chance to study beyond the fifth grade, which is what most madrasas are currently offering.”

In an effort to monitor and regulate madrasas, in 2007, a Madrasa Islamic Association Board was established but in less than a year it was defunct. “Everything is politically driven. The board was just for show. It had no power or funds to make any changes,” said Nazrul Hussain Farahi, chairperson of the Nepal Development Society, a non-profit that works for the welfare of Nepali Muslims.

Yet, there’s some hope. Farahi is a part of the Curriculum Development Committee under the Ministry of Education, and says that final touches are being made to a curriculum for madrasas until grade 10. Once the curriculum is implemented, uniformity will hopefully be ensured in madrasas across Nepal.

Additionally, there are other institutions like the Al-Hira Educational Society, of which Farahi is part of, which is establishing and running a dozen schools, some of them in the English medium with governmental and Islamic curriculum woven together.

With these combined efforts, there is hope for positive change. But until these changes materialize, the future of children like Arbaz will continue to hang in the balance. 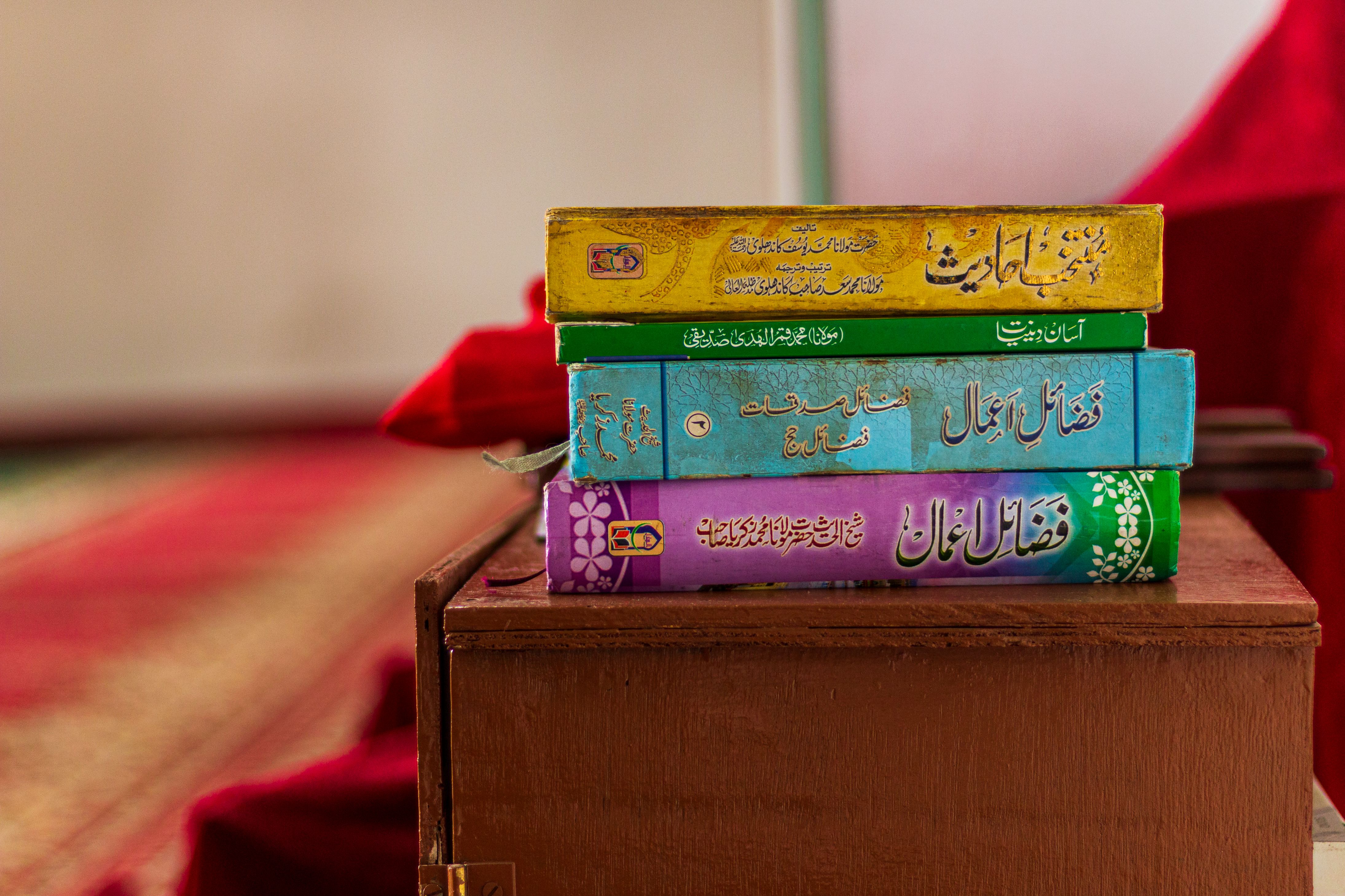