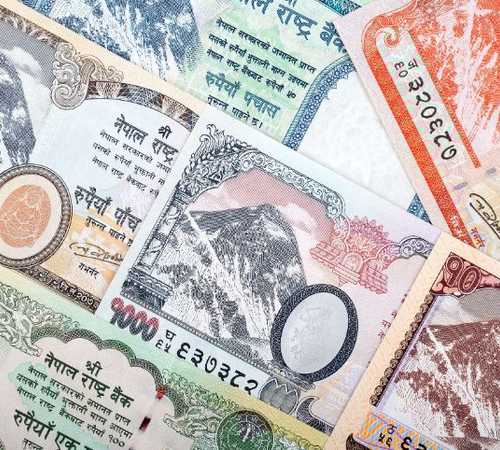 Under enormous pressure from the general public, Members of Parliament (MPs) have started to return the Dashain allowances that were distributed to them and to the members of their secretariat. They began returning the money after lawmakers from both the ruling and main opposition parties were widely criticized for pocketing Dashain allowances at a time when the entire country is facing the worst economic crisis, owing to the coronavirus pandemic.

Earlier, the Parliament Secretariat had given NRs 64,070 to each member of the federal parliament. But because the move drew criticism from all quarters--especially with patients across Nepal not having access to  treatment and with poor people dying of hunger--the lawmakers announced that they would return their allowance.

On Monday, a parliamentary meeting of the Nepali Congress (NC), the main opposition party, decided to deposit a total of NRs 43,20,810 distributed as allowance to its lawmakers into the Covid-19 Fund established by the government. A few ruling lawmakers--namely, Gokarna Bista, Narayan Kaji Shrestha, and Bhim Rawal--have also announced that they will return their Dashain allowance.

After the public had got wind of the handout, they started pestering the MPs to return the money. And the NC then called the decision to distribute festival allowance an “inappropriate” and “irrelevant” move. That salvo fired by the NC at the Nepal Communist Party (NCP) put pressure on PM KP Sharma Oli and Pushpa Kamal Dahal to urge their party’s lawmakers to return their Dashain allowance as well. The NCP’s MPs eventually decided to deposit their allowances into the Covid-19 fund as well.

The handing out of the allowances has made for exceedingly bad optics. With the coronavirus crisis deepening every day, Nepal’s poor and marginalized have been struggling to make ends meet. Every day, hundreds of people queue up at Kathmandu’s Tudikhel to get free food. Because their sources of income have already dried up, they gather at the grounds every morning and evening, take the food distributed by charity organizations, and return home worrying about whether they will get food again the next day. For more than four months now, this is how daily wage earners and their families have been staving off hunger.

Some return home with food for their family, while others bring their family members along with them. Over the last few weeks, that flow of people trudging to Tundikhel has decreased somewhat because most daily wage workers have returned to their hometowns--because they’ve given up all hope of riding out this crisis in the capital. And still hundreds of people continue to line up at Tundikhel, at the premises of Pashupatinath Temple, and at localities like Lazimpat--where volunteers are providing food.

It’s not just those on the margins who are struggling. Yet, even as Covid case numbers continue to rise, the government has announced that it will bear the testing and treatment expenses of only the marginalized and the poor who cannot afford medicine. And according to doctors, frontline health workers and nurses are in deep despair because the government has deprived them of their allowances, despite the government’s promises.

“Providing Dashain allowances for lawmakers is not a wise move at a time when frontline doctors are demotivated,” said Dr Rabindra Pandey, a public health expert.

If anything, the government should be looking out for them in this time of national health crisis. The virus has continued to spread unchecked in Nepal, a country whose dismal health infrastructure cannot cater to its 30 million people. As of Monday, Nepal had racked up 136,036 Covid-positive cases. Likewise, 282 corona patients are in Intensive Care Units, and 63 are on ventilators. Because the country does not have adequate isolation wards, the number of corona patients receiving treatment at home is higher than those receiving treatment in institutional isolation or at the hospital.

According to the Ministry of Health and Population, 13,851 tested people are in isolation, whereas the number of corona patients staying home stands at 26,927.

Due to the lack of ICU and ventilators, some corona patients have died in home isolation while others have died on their way to hospital. And at least 500 of Nepal’s total of 1,500 doctors and 800 of its 50,000 staff nurses and health workers have been infected by the virus.

It was against this backdrop that the country’s politicians (already in the crosshairs for failing to control the pandemic) made the earlier decision to provide Dashain allowances to MPs--instead of channeling those funds into the health sector. Legally, there is no provision for distributing allowances for members of the federal and provincial assemblies and to the office bearers of local bodies and those appointed as their personal secretaries.

According to former lawmakers, the Parliament Secretariat used to earlier provide 13 months’ salary a year, even though there was no clear mention in the law regarding Dashain allowances. But in 2001, the Supreme Court ordered the government to formulate a law if Dashain allowances were to be distributed to MPs and ordered lawmakers to return their illegally gotten allowances.

Owing to that apex court verdict, the lawmakers of the time had returned their allowances to the state coffers. And although the parliament never formulated the law, the issue of Dashain allowances made it to parliament when ruling lawmaker Bina Devi Pokharel broached the topic last year with the then Finance Minister Yuba Raj Khatiwada. Subsequently, the then Speaker, Krishna Bahadur Mahara, decided to make provisions for the MPs’ allowances.

Currently, there are 275 elected seats in the House of Representatives, 550 seats in the Provincial Assembly, 59 Upper House members, and over 3,500 representatives from 753 local units. Although each member’s allowance package comes to a few thousand rupees, those numbers run into the tens of millions of rupees when all the allowances are totaled.