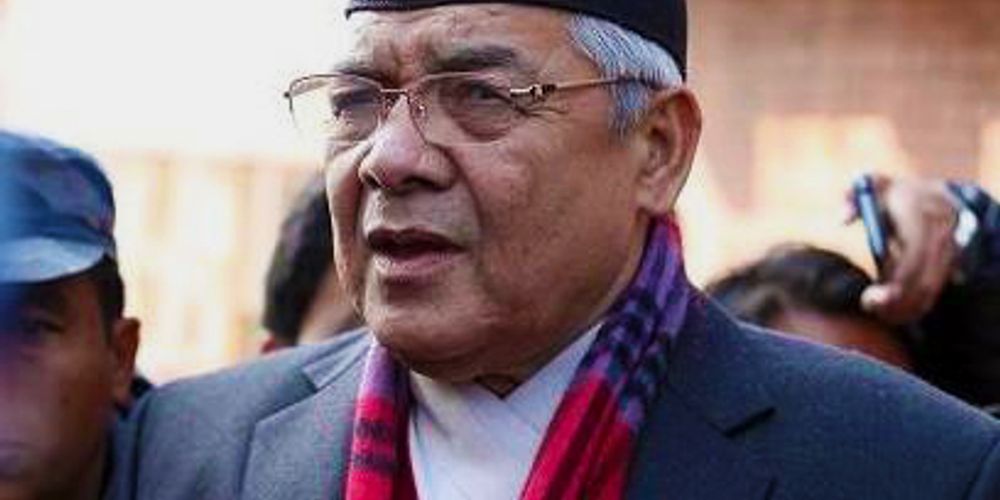 After nearly two months of waiting since taking the oath of office and secrecy, senior leader of the Nepal Communist Party (NCP) Bam Dev Gautam has been greeted with some good news: he can now claim a ministerial berth.

A constitutional bench of the Supreme Court led by Chief Justice Choldendra Shumsher JBR on Wednesday paved the way for Gautam to become a minister by scrapping its own previous temporary order. The bench, comprising justices Deepak Kumar Karki, Hari Krishna Karki, Bishowambhar Prasad Shrestha, and Ishwor Prasad Khatiwada, along with the CJ, concluded there was no legal ground to bar Gautam from becoming a member of the Upper House and get appointed as a minister in the near future. And it has been learnt that Justice Khatiwada rescinded his note of dissent regarding the court decision.

“I extend my sincere thanks to all those who supported me and expressed good wishes during this period,” Gautam wrote on his Facebook page. The message was accompanied by a cheerful photo of him with a red tika and jamara on his forehead. “I’m also grateful to all the legal experts who made the defense on my behalf.”

Although he had already been minister several times, Gautam was desperate to ensure his entry into the parliament and get a ministerial position one more time after the NCP garnered a resounding victory in the 2017 parliamentary elections. But his dream--to get a ministerial berth or maybe even become prime minister--was shattered after he was defeated in Bardiya by Nepali Congress leader Sanjaya Gautam.

After his defeat, Gautam attempted to get re-elected from nearly a dozen electoral constituencies. But it was all in vain. And except for Rambir Manandhar, most of his party cadres refused to vacate their electoral constituencies for him. But the party leadership kept trying to bring him into parliament. Owing to the turbulence in the party and in government, the party leaders needed his alliance to go up against others and remain in power.

Initially, the party’s chairman, KP Sharma Oli, was reluctant to name Gautam as an Upper House member. But Oli was forced to recommend him to the Upper House after the PM found himself in the minority within his own party, and Gautam’s support was crucial to save his prime ministership.

After Gautam failed to secure a position in the Parliament’s Lower House, he was appointed as a member of the Upper House under the quota allotted to the President. Shortly after, he was lobbying in the party to get a ministerial berth. At that point, advocate Dinesh Tripathi filed a writ petition demanding that the decision to name Gautam to the Upper House be scrapped, on the premise that a person who had been defeated in the polls shouldn’t be allowed to become minister.

Gautam did not have much time on his hands. Article 78 of the Constitution allows an Upper House member nominated by the President to lead a ministry for not more than six months. And any such member needs to then get elected from a constituency if they want to continue on as minister.

The apex court, which had initially stayed Gautam from working as an Upper House member, however, paved the way to his becoming a minister as well. That order has also provided respite for other NCP leaders who had lost their elections, but who managed to secure their positions in the Upper House by taking advantage of the deepening factionalism in the party.

Apart from Gautam, leaders such as Narayan Kaji Shrestha, Bhagwati Neupane, Bimala Ghimire, and Jag Prasad Sharma, who were defeated in local, provincial, and federal parliament elections were later fielded by the NCP as candidates for the Upper House. They were able to secure their Upper House berths on the basis of indirect votes by the elected people’s representatives at the local and provincial levels. Many observers say there would have been moral pressure against other poll-losing leaders to remain in power if the court had barred Gautam from working as an Upper House member.

And a section of legal experts say the decision to allow Gautam to work as a minister will set a bad precedent for the future. This will essentially encourage the political parties, mainly those leading the government, to reward leaders who were defeated in the polls.