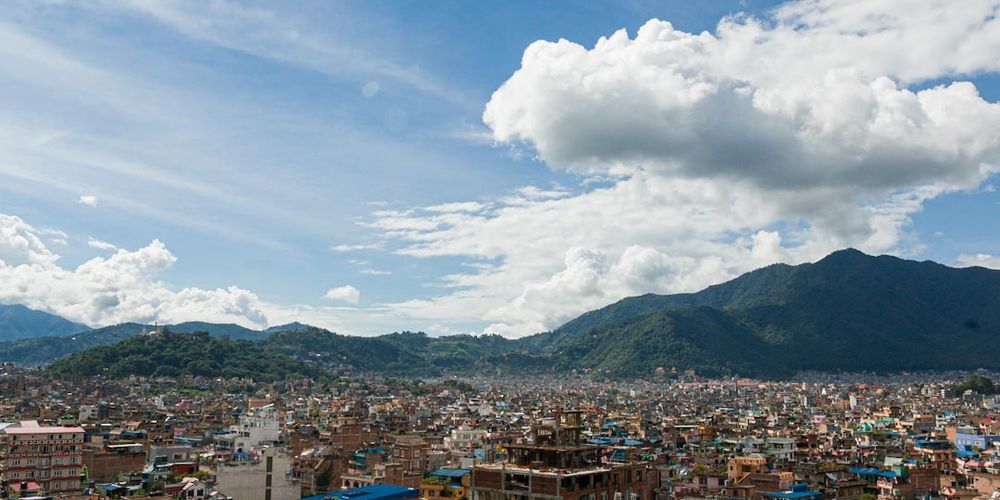 Kamal Tamang works as a driver for a non-governmental organization in Kathmandu. Since the start of the pandemic, Tamang, who is 24 years old, had been the least bit worried about catching the coronavirus. A healthy youth, he also believed he was following safety protocols.

Last Tuesday, however, Tamang experienced difficulty breathing, then got a light fever. He went to Patan Hospital for a PCR test, but received the results only on Sunday. The result astounded him; he had tested positive.

What followed in Tamang’s quest to isolate himself offers a telling depiction of the chaos and mismanagement that has dictated the Nepali government’s attempts to combat Covid-19. Tamang, a native of Dhading District, discovered that the hospital had informed his ward office in Dhading about his infection since his permanent address in citizenship documents was of a village in Dhading. So he received a call from his ward isolation inviting him for isolation, whereas he was still stuck in Kathmandu. Tamang did not know where to go to isolate himself and his NGO refused to offer shelter.

So he resorted to the only option he had — to remain in his rented room with a bathroom that he shares with two other families. When he told them about his PCR test result, they panicked. Even his landlord wanted Tamang to vacate his room. Even as Tamang wanted to request for isolation through the Ward Office of Lalitpur Metropolitan City, where he currently lives, Tamang had no idea how to wade through the bureaucratic maze to get there.

Even though a significant portion of the population of Kathmandu Valley is made up of migrants living in rented accommodation, the government doesn’t have records that give an exact figure. It would not be an exaggeration to say that many working class migrants currently living in Kathmandu face a similar situation to that of Tamang.

“I might have come into contact with a few people while visiting shops in the neighbourhood,” admits Tamang. Since he lives alone, he had to make these visits to shop for groceries. He now wonders whether he may have infected others the same way he might have been infected — while buying groceries or merely walking on the streets.

Tamang’s story also shows the pitfalls test results being delayed. Many infected individuals that The Record spoke to shared how exhausting it was to wait for the result in uncertainty for days. During this process, some residents who share accommodation with other individuals or families suspect they may have infected others unknowingly. Working class people, in particular, cannot afford home isolation, while the government has not made it easily available to them. A majority of people do not have any idea how and where to go for isolation if needed.

The story told by the government is vastly different.

“We have two isolation centres in Lalitpur for those who cannot afford to isolate themselves at home. A response team acts as soon as it receives information about a new case,” said Raju Maharjan, spokesperson at the Lalitpur Metropolitan Office.

According to government protocols, the laboratories where PCR tests are processed inform the ward office once an infection is confirmed. The local bodies then contact the infected and inquire about people who may have come in contact with them. But this is far easier said than done.

Results take days, sometimes even a whole week, and by then a suspected person could easily have come in contact with many people. There is no system in place to monitor the activities of those whose swabs have been collected for testing. Whether they stay at home or continue going about their regular lives is up to them.

After testing positive, people have also not been fully honest in sharing information regarding their movements and the people they have met.

“A lot of times, people don’t pick up the call from our contact tracing team, while at other times they give the wrong number. Those who come in close contact with the infected have also refused to give swabs,” said Krishna Bahadur Mijar, chief of the Public Health Office, Bhaktapur.

This has made it difficult for the contact tracing team to effectively trace people and contain the virus. Maharjun, however, argues rather absurdly that it is the effective implementation of contact tracing that has increased the number of confirmed cases in recent days. “We have been tracking every single person who comes in contact with the infected,” he claimed.

According to the Ministry of Health and Population (MoHP) spokesperson Dr Jageshwor Gautam, however, people have been violating safety protocols and this is the main reason for the surge in Covid cases in the capital.

“There are two major factors: firstly, crowds in public places like rallies, gathering, workshops, and seminars where protocols are not being followed. We are also facing the consequences of weak screening at the border. Many people have come to Kathmandu directly even as we requested them to quarantine themselves for 14 days,” he said.

There has been a dramatic surge in the number of Covid-19 cases in the past one week. Nepal recorded 2,440 new cases on Monday alone. Of these, 1,531 news cases were from Kathmandu Valley, including 1,178 from Kathmandu, 250 from Lalitpur, and 103 from Bhaktapur. The country also recorded 19 deaths, the highest single day rise so far, of which nine deaths occured in Kathmandu. With this, the country's death toll has reached 554 while the national infection tally has reached 89,263.

With both the death toll and the national tally rising, people like Tamang face a greater obstacle in protecting themselves or others around them from the virus.

The odd-even rule re-introduced to restrict movement has quelled the number of vehicles on the roads, but commuters say it has only added to their woes.

According to government data, nearly 12,000 Nepali deaths have been attributed to Covid-19 but poor data keeping and discrepancies call the number into question.

Fear not the Covid vaccines