What if understood the logic of bhut-pret lagne, instead of just seeing it through a psychiatric or anthropological lens? 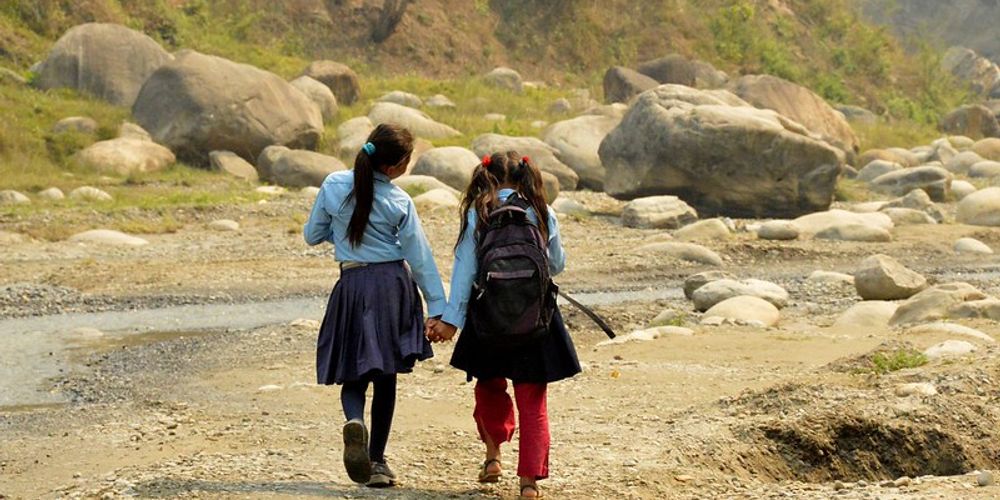 “When a child cannot talk about her anger to anyone what happens?” Shanti asked the group of teachers who had gathered for the psychoeducation session in the office of the government school. Shanti, a psychosocial counselor, had come to the rural district to treat a case of adolescent “mass conversion disorder,” popularly known as “mass hysteria,” that had been reported to the NGOs for mental health and counseling in Kathmandu. This was not an unheard-of event in schools, where episodes entailed sudden unexpected symptoms of screaming, crying, writhing, hair-pulling and loss of consciousness, which spread throughout a group, usually of teenage girls.

Shanti told the teachers that when children cannot express their anger, it comes out through the body. Using the example of a pressure cooker, she explained that personality is the thickness of the pot, coping and sharing are the steam, and stress is the fire. “If you can’t cope, that is called conversion disorder” she said. After she finished her lecture a teacher raised his hand, “people say it is caused by bhut-pret, ghosts, or because the teachers don't teach well. But now we have learned that this is related to the life situation of the students.” I couldn’t help but think of my friends in the small mountain settlement in Eastern Nepal where I followed a similar case. There, outside the range of psychosocial interventions, the case had coalesced around a series of women’s deaths and resulting ghostly hauntings, pissaat and bhut-pret lagne, which had slowly woven themselves into the story of the group affliction of 15 adolescent girls.

Such cases of collective affliction have been reported throughout history, often among groups of women. In 17th century France a group of Ursuline nuns became possessed by the devil, creating a diabolical spectacle through which debates about reason and the existence of the supernatural played out on a theatrical scale. In 2012 a highly publicized case of collective twitching was reported among a group of teenage schoolgirls in New York, where exposure to toxic contamination in the environment was initially suspected to be the cause of the mysterious illness, although no link was proved. More recently, in Sweden hundreds of children of refugees began to fall into coma-like states after their families were threatened with deportation; this too was identified as a case of “mass hysteria”.

Despite the continuous occurrence of these forms of collective affliction, which have been variously referred to as “mass hysteria,” “mass conversion disorder,” and “mass psychogenic disorder,” uncertainty remains about the cause, mechanism, meaning, and treatment. Psychiatrists diagnose the affliction as a form of “conversion disorder,” in which unconscious trauma is understood to be converted from the mind to the body through a process known as “somatization.” Similarly, anthropologists have argued that cases of “mass hysteria” and group possession among women are a form of unconscious resistance to oppression and life under patriarchy. Here the idea is that girls and women who are otherwise unable to express their agency can express themselves through embodied symptoms in order to gain power, freedom, and autonomy. The existence of psychosocial interventions for cases of “mass hysteria” in Nepal was one result of the emergence of psychosocial counseling and global mental health projects that had begun during the post-conflict period. Since the early 2000s, this work had been conducted by a number of donor-funded Nepali NGOs who provided their services on a project by project basis, operating in parallel to a government health system that provided minimal psychiatric services at the district level. Among the many psychiatric disorders targeted for psychosocial intervention (such as addiction, depression, anxiety, psychosis, and PTSD), psychologists and counselors within NGOs for mental health and counseling identified “conversion disorder” and particularly cases of adolescent “mass conversion disorder” among groups of schoolgirls as a persistent yet difficult problem in need of intervention.

Over the course of two years of ethnographic fieldwork alongside psychosocial counselors and in small farming settlements where cases of adolescent “mass hysteria” occurred, I tracked how this gendered and shared form affliction often described as chopne, being taken over by an external force, was translated and transformed into an individual and internalized problem of repressed emotion, somatization, and tension – conversion disorder. From an anthropological perspective, the psychiatric diagnosis of “mass conversion disorder” and the therapeutic encounters, contestations, and uncertainties that coalesced around it became a lens into the challenges of global mental health and the politics of translation currently underway in Nepal.

According to counselors familiar with such cases, the key difficulty of the disorder was that affected communities often did not agree with the approach of psychosocial counseling, and insisted that the affliction was caused by the ghosts of those who died a bad death, bhut/pret lagne or pissat, or by the displeasure of angry goddesses, such as the Hindu Devi or Buddhist Tara (for the affliction was not only a problem found among high-caste Hindu Chhetri and Brahman settlements, but also among Tibetan Buddhist and other janajati communities). As a result, in addition to offering psychosocial counseling to individuals, mental health NGOs also focused their efforts on providing psycho-education in order to “correct” the misguided belief in spirits by explaining the psychodynamic processes operating behind or beneath the symptoms.

In my research I historicize diagnostic categories in order to explore how psychiatric concepts that have been shaped by particular cultural values and notions of personhood become dominant categories of illness. The concept of somatization assumes that the body and mind are separate entities, and affliction is approached as the problem of an individual who is unable to verbally express her desires. As Laurence Kirmayer and Allan Young have argued, “somatization is a concept that reflects the dualism inherent in a Western cultural ideology of the person”.

In my ethnographic research, instead of approaching bhut-pret lagyo, affliction by ghosts and spirits, as a “local” form of somatization, I open a space for dialogue between psychiatric and indigenous theories–that is, I ask what it might mean to learn from the logics of bhut-pret lagyo by approaching it as a theory of affliction equal to psychiatric or anthropological explanation. In doing so we find that while “conversion disorder” is understood to be a problem bound within the individual body, bhut-pret lagyo is concerned with the ways that suffering is transferred between bodies, gets passed down through generations, moves through a family, or arises in relation to spaces of death in the landscape. This way of thinking about affliction is a generative starting point from which to approach the enigma of “mass hysteria” that better accounts for its shared and de-individualized form. Perhaps it is time for psychiatry to think with the non-hegemonic “archives of the world” and its conceptualizations of affliction that are focused not on treating individual pathology, but healing its entangled relations.

Aiden Seale-Feldman  Aidan Seale-Feldman is a medical and psychological anthropologist. Her research focuses on emergent health movements, the ethics of care, and the possibility of translation between indigenous and psychiatric worlds. She is currently a Postdoctoral Research Associate in Bioethics at the University of Virginia.