The view from halfway down

The view from halfway down

Amish Mulmi’s All Roads Lead North is a rare book that privileges the voices of those caught in the liminal spaces between two great powers. 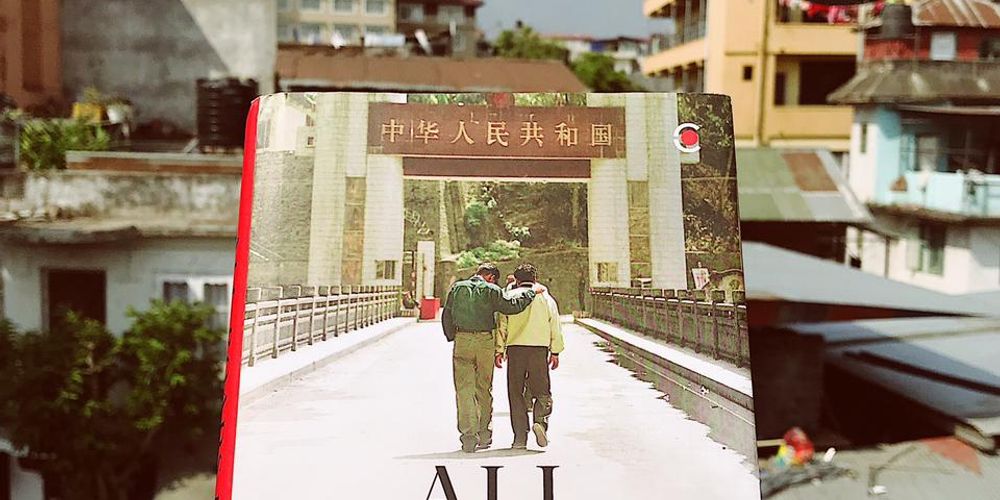 On February 18, 2020, the Chinese Embassy in Kathmandu issued a scathing rebuke to The Kathmandu Post and its then editor-in-chief Anup Kaphle. The Post had republished an op-ed critical of China’s handling of the Covid-19 pandemic with an accompanying illustration that showed Mao Zedong with a mask over his face. The embassy accused the paper of publishing the article with “malicious intention” and that it had “viciously attacked the political system of China”. Choice words were reserved for Kaphle, who was “biased on China-related issues” and was “a parrot of some anti-China forces.”

It was the first instance of the Chinese Embassy in Nepal, long known for its ‘quiet diplomacy’, shedding all subtlety and denouncing a newspaper and its editors in uncharacteristically harsh language.

While the statement was roundly condemned by former diplomats and the media fraternity, the Nepali establishment chose to ignore it. The Ministry of Foreign Affairs did not comment or even acknowledge the crossing of diplomatic bounds by an embassy to castigate a member of the independent Nepali media.

“The silence of the Nepali establishment – political and bureaucratic – appeared to endorse what was a clear overreach by a diplomatic mission,” writes Amish Mulmi, in his new book All Roads Lead North: Nepal’s turn to China.

In the grand sweep of Mulmi’s book – which begins in the 7th century and ends in contemporary times -- this incident is a minor one. But it exemplifies China’s newfound assertiveness, especially in a region that has traditionally been considered to be part of another country’s ‘sphere of influence’. As Mulmi points out, China has long been wary not to overstep in Nepal but in recent times, that caution has been thrown to the winds and China has, quite literally, arrived in Nepal.

With Chinese President Xi Jinping’s visit in October 2019 and China’s extension of help during the 2015 Indian blockade, the northern neighbour announced its entrance with fanfare, alarming the southern neighbor to no small degree. But as Mulmi illustrates, China has always figured into the Nepali imagination.

“Analysts often point at the 2015 unofficial Indian blockade as the turning point in the Nepal-China relationship. However, 2015 was just the endgame. It was the culmination of several years of courtship between Beijing and Kathmandu,” writes Mulmi.

In order to contextualize this endgame, and the manner in which Nepal-China ties have evolved over the centuries, Mulmi takes us back to the very beginning — the founding myth of the Kathmandu Valley where Manjushri, the bodhisattva who came from China sliced the hills with a flaming sword and drained the primordial lake. From then on, the book is a meticulous chronology of Nepal-China relations — going from Tang dynasty missions to Nepal, Newa traders in Lhasa, and Gorkhali skirmishes with the Tibetans to Communist China’s overtures to Mahendra and the political maneuverings of current Chinese ambassador Hou Yanqi.

In tracing the history of Nepal-China ties, Mulmi relies heavily on existing texts, both historical and contemporary. He draws from ancient texts, historians, and even Wikileaks. At times, this textual interpretation can get a little tedious, with an overabundance of names, places and events. For those unfamiliar with the nuances of Nepali politics and South Asian geopolitics, much might go over their heads. Perhaps Mulmi refrains from attempting to extricate some sense out of the bewildering quagmire that is Nepali politics for the sake of expediency and brevity. But a lack of explanation does the book a disservice.

In instances where Mulmi conducts original research, he travels to the Limi Valley in Humla where locals profess loyalty to the Nepali state even as they rely heavily on China for all of their basic needs.

“In Limi, the question of where Nepal ends and China begins remained fraught with uncertainties,” he writes.

In Kathmandu’s Jyatha, Mulmi employs the example of San-dai, a Nepali chef who cooks Sichuan cuisine without ever having visited China, to unpack the ongoing Sinicization of Thamel. In Pokhara, the author’s hometown, he converses with Xiang Shaohua, a Chinese man who grows vegetables, has made Nepal his home, and even taken the name ‘Sandesh’.

Mulmi’s interlocutors provide the much-needed human lens through which to parse broad geopolitical happenings. There is an absence of Chinese and Indian voices, with perhaps the most glaring lacuna being that Mulmi has never visited China, except for a sojourn into a tiny border area. But that can be forgiven, given that the book is firmly a view from Nepal.

The most fascinating portions in the book have to do with the past, especially the experiences of a young Pragya Ratna Tuladhar in Lhasa. Tuladhar’s recollections of the People’s Republic of China’s annexation of Tibet in 1950 provide captivating insight, as do Mulmi’s interviews with former Khampas in Mustang who fought a clandestine insurrection, supported by the US Central Intelligence Agency, against the Chinese. Mulmi, quoting from Ramesh Dhungel’s The Kingdom of Lo, recounts how at “one point in the 1820s, Kathmandu wanted to exchange the Mustang kingdom for Burang in Tibet. Tibetan authorities were said to have considered the offer ‘seriously and favourably’, but the Qings in Beijing rejected the offer saying ‘the territory of a kingdom cannot be exchanged’.”

It is in culling such little anecdotes from various sources that All Roads really shines.

But when Mulmi gets to modern times, the book begins to sag, perhaps due to the sheer weight and complexity of recent events. The most prominent incidents of recent times – the 2015 blockade, the Kalapani issue with Nepal, Xi Jinping’s 2019 visit – are discussed briefly but in context, chiefly to dispel the mistaken notion emanating out of South Block that Nepal was acting at the behest of China. In fact, the entire book is a refutation of the Indian school of thought that it is only now that Nepal has gotten close to China, when there are centuries of history between the two entities.

All Roads should be a sobering read for the Indian establishment, should it choose to engage with the book’s arguments, instead of dismissing them outright. While it doesn’t quite chart Indian excesses in much the same way as say Sudheer Sharma’s Prayogshala, Mulmi does lay the blame for China’s incursions into Nepal squarely at New Delhi’s feet.

Between 2009-11, writes Mulmi, “India had alienated Nepalis across the board, including the influential Kathmandu media. It had manipulated, coerced, forced and convinced Nepali politicians to align with its interests. While such policies had succeeded in the past because of the lack of an alternative, Delhi failed to read the changed circumstances.”

China saw its opening, made its move, and is now firmly ensconced in Kathmandu, alongside the Indians, Americans and Europeans.

But for a book about geopolitics, there are few such grand narratives and little discussion of statecraft. Mulmi places his focus solely on people rather than broad political maneuverings. This is to the book’s credit, as people-to-people relations are often subsumed under broader accounts of foreign policy and the national interest. Throughout the book, Mulmi is solidly non-partisan, representing all sides with aplomb but maintaining a Nepali perspective.

China might be “a superpower, a beneficent aid-giver, a friend in need, an essential provider, a demanding neighbor, an older brother, a competitor, a model of development and growth, and a vision of a developed future” but this book is no paean to the Middle Kingdom. Mulmi points out how Chinese assistance might appear to be free but it too has strings attached. China has its own core interests in Nepal, namely Tibetan refugees. The Nepali state, particularly its security agencies and bureaucracy, have had to bend, especially when Tibet is concerned.

By that token, Mulmi is scathing in his analysis of Nepali political actors. For all of the great game underway in South Asia, Nepali leaders, barring stalwart statesmen like Mahendra and BP Koirala, have been woefully inept. Despite centuries of relations with Tibet and China, Nepali leaders continue to employ the northern neighbor as a ‘China card’ whenever politically expedient. Real engagement, including a consistent foreign policy that does not change with governments, is sorely lacking, which, as Mulmi points out, has led to Nepal making concessions to both China and India without getting very much in return.

Nepal’s “China policy – if one exists – is hostage to Nepali partisan interests in the absence of a larger national strategy. But while Beijing has secured its larger interests in Nepal, Kathmandu has failed to see beyond the ‘China card’. It has not improved its capacity to negotiate for better deals, nor has it built non-partisan institutions that extricate itself from the aid-beneficiary mentality and come up with a strategy that can take advantage of China’s economic and infrastructural progress on its own terms,” writes Mulmi.

From its very title, All Roads Lead North might appear prognostic, but it is less prescriptive and more descriptive. Mulmi lets his subjects speak for themselves, which is a valuable skill. Written lucidly, All Roads Lead North is a rare book, one that firmly grounds itself in the liminal spaces in between great powers and provides voice to those who often get subsumed by the great game.

Published by Context, an imprint of Westland Publications