The Ministry of silly ideas

The Ministry of silly ideas

The Tourism Ministry wants the national anthem to be everywhere. This is one of its many terrible ideas. 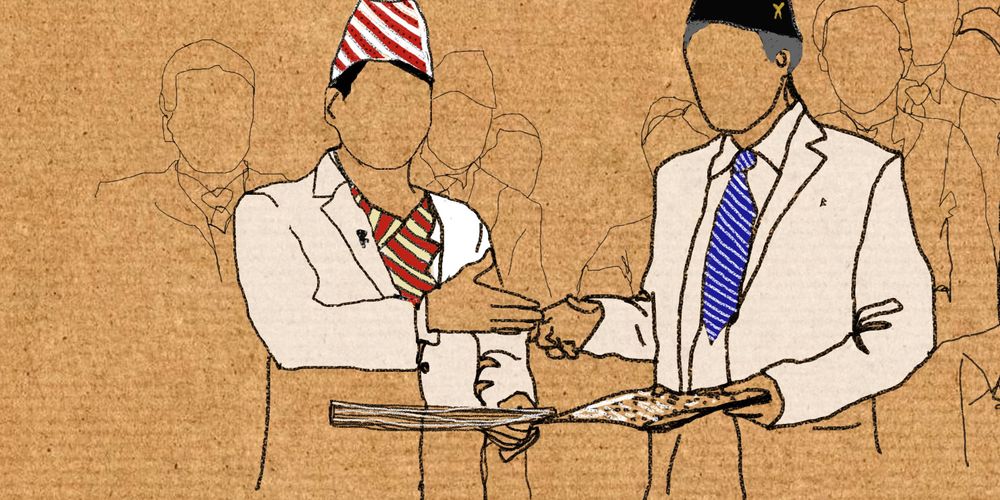 Of all the silly things to come out of the various ministries, few compare in silliness to the Ministry of Culture, Tourism, and Civil Aviation, popularly abbreviated as the Tourism Ministry. The ministry stands apart, an inadvertent example of the cheap imagination and stereotypes of bureaucrats and politicians trying desperately to sell Nepal to foreigners.

Although it spends most of its energy on hackneyed activities to promote tourism, the new Tourism Minister, Yogesh Bhattarai, appointed on July 31, has commanded that the national anthem must be played before the arati at Pashupatinath, the daily evening prayer for Shivaji. The national anthem decree is extended to airlines too  – it was supposedly heard on the inaugural Nepal Airlines flight to Osaka – and cinema halls. It is already chanted daily in schools. It is not clear if the Cabinet meeting that decided on this thing started with a hoarse incantation of sayaun phoolka thunga haami.

Patriotism, the love for the people of one’s country, is not a competitive sport.

There are many reasons why this is a terrible idea. Patriotism, the love for the people of one’s country, is not a competitive sport. Like other kinds of love, it doesn’t have to publicly declared. Forcing it, shoving it down people’s throats by mixing it with religion and entertainment, can have the opposite effect, provoking aversion. Take the rule to sing national anthem before Shiva’s prayer in Pashupati temple, as an example. It would be sacrilegious to claim that even the glorious country that is Nepal is greater than lord Shiva, eternal destroyer of the universe, and that therefore the national anthem demands priority. This has the potential to invite worldwide wrath, if the second silliest idea from the Ministry, to create an app to broadcast the daily arati around the world, actually gets made.

Similar ludicrous circumstances are bound to surface elsewhere. Hormone-filled youth impatient for lights to go dim and the movie to begin in cinema halls might start hating on the country, and the Tourism Ministry, for requiring them to abruptly stand up for the national anthem. Then there is the indignation of having to take off your seat belt in airplanes, and start mumbling sayaun phoolka thunga haami… as the airplane takes off. What would the tourists think of us then?

There are dozens of other ideas Yogesh Bhattarai has promised to deliver within 100 days of taking office. After a bunch of bills and a sundry list of things in usual tourism spots – Lumbini, Chitwan, Pashupati, the mountains etc  – in the 141-point list, we get to point 23:

To make a provision for Nepali girls and boys decorated in different ethnic costumes to welcome tourists in the arrival room of the airport.

What are the tourists to do? Choose their favorite costume?

To be fair to the new minister, it’s not the first time the ministry has come with silly ideas. There is a long tradition of this. For decades, it has been promoting silly ideas, like that tourists are funny creatures from another world who need their own Tourist Police, Tourist Toilets, and Tourist Buses. The tourists-are-special policies have led to unfunny situations where we Nepalis are denigrated to second class citizens in our own country, as far as the tourism industry is concerned. Even respectable restaurants have fallen into this trap. The Roadhouse Café, for example, serves brown people second, after taking care of the white clientele. Once, I spent hours in Gurudwara, Bardiya, because the taxis there were waiting for white people, who may or may not arrive, to show up, because they tend to spend more. It is a fact that hasn’t escaped the attention of white people.

The Ministry has come to the sad realization that not all tourists are rich. There is endless moaning from the well-to-do that the per capita spending of tourists in Nepal is low, with little realization that it might be a good thing if Nepal went for mass tourism. The political economy of a tourism industry targeted at the rich over the poor is worth exploring. It’s obvious that the half-a-dozen five star hotels being built in Kathmandu are not meant for the fresh-out-of-college world explorer curious to discover the Shangri-la in the Himalayas. The poor tourist stays at lodges meant for average  – poor – people, likely travels with the average Nepali in public transport, and eats what the average Nepali eats. This is causing great pain to the ministry keen to attract the rich tourist who stays at the rich man’s hotel, travels in the rich-man’s SUV and on aircraft, all obsessions of the bourgeoisie in a poor country. This tells us more about the ministry and those who have been running it than about Nepal’s tourism future.