It appears heady times for Nepal: the Central Bureau of Statistics recently forecasted that the growth rate of Gross Domestic Product (GDP) in the fiscal year 2073/74 will be 6.94 percent. 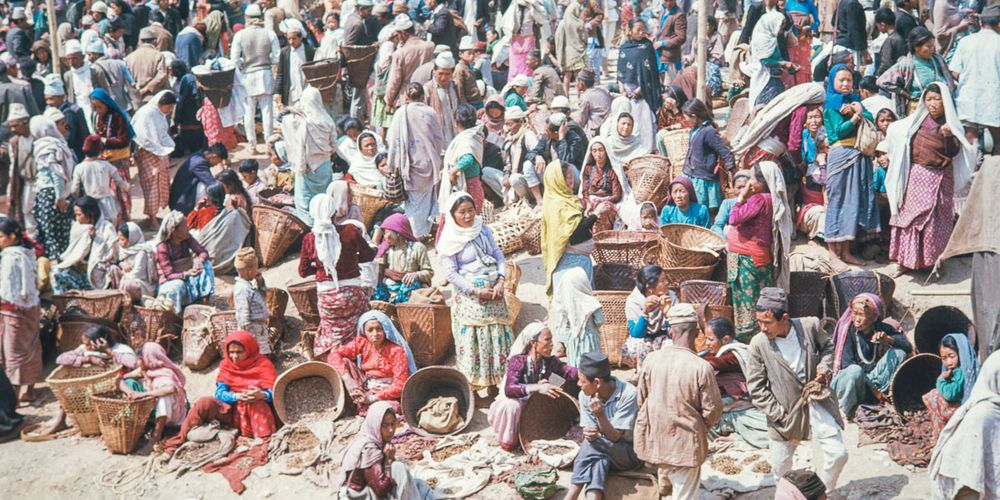 It appears heady times for Nepal: the Central Bureau of Statistics recently forecasted that the growth rate of Gross Domestic Product (GDP) in the fiscal year 2073/74 will be 6.94 percent, a 24-year high. The high rate of economic growth is certainly welcome; no country has escaped poverty and underdevelopment without high and sustained growth. But how buoyed should we be by this achievement?

There are well-known reasons for digging beneath the headline GDP growth figure. It is not unusual for countries to grow at a high rate when they are coming off severe crises like natural disasters and civil wars. Starting from a low base, the same level of growth translates to a higher growth rate. In this case, Nepal is playing catch up to where it would have been had it not veered off its trajectory. At the same time, perennial prognoses like “growth is expected to be robust this year due to timely monsoon” belie the fact that the rain gods, not political leaders, deserve most of the thanks. If the movement of the economy is minimally controlled by policy levers, there is little cause for celebration because there is no guarantee that it will be repeated. Understanding which segment of the population enjoys the riches of rising income is crucial to understanding how the growth affects people’s standard of living. If the overall rise in GDP is not accompanied by broad-based employment and wage growth, it does not make material difference in the lives of many.

Then there is the question of how reliable standard macroeconomic indicators are in measuring a country’s progress. The Arab Spring is a good illustration of the pitfall of over-reliance on economy-wide statistics. In the years preceding 2011, Arab countries were performing well economically: they were growing at a healthy rate and their poverty rates were declining. And yet, one after another, they were engulfed by street protests and social turmoil because the old social contract, the so-called “authoritarian bargain” model of development, was no longer tenable. The bargain demanded effective political disenfranchisement in exchange for generous state spending, subsidies, and public sector jobs. Leading up to the Arab Spring events, the Arab population was increasingly dissatisfied with the quality of infrastructure services and availability of jobs and affordable housing. A large share of the population considered itself “suffering” or “struggling.” These signals went unheeded at the time and became apparent only after the fact.

The colliding tectonics of heightened expectations and lackluster leadership may erupt in Nepal as well. For ten years, Nepalis endured a civil war for the “greater good.” For another ten years, they were told that days of peace and prosperity were just around the corner. The promulgation of the constitution and the implementation of local elections have simultaneously raised expectations and removed the last defense of procrastinating officials. There is growing dissatisfaction with reference to a “transition period” as the reason for not delivering on the promise of progress. If people do not see a difference in day-to-day, bread-and-butter issues—improvement in electricity and water supply, better roads and sanitation services, functional schools and health facilities, lower corruption, more and better jobs, improved law and order—the frustration may manifest in one form of violence or another.

This is currently playing out in the Madhes. Madhes-based parties have made strategic blunders of their own, and their overtures have been met with resistance from mainstream political parties. This has frustrated Madhesis’ demands, popular as they are in the Terai. With no legitimate outlet to air the grievances, Madhes occasionally flares up in violence. The distrust between Madhesis and the state is widening. Many are openly questioning if they can pledge loyalty to the state that harbors suspicion against them and sees them as the “other.”

Therefore, while Nepal did quite well this year by the most common yardstick of progress, the headway in other dimensions is still uncertain and perilous.

The views expressed in this article are entirely those of the author.

Cover photo taken during the 1960s by Dave O’Connor.