How the Maoist strife has reignited in Nepal, explained

How the Maoist strife has reignited in Nepal, explained

An arrogant government and stubborn rebels, both communists, are leading Nepal to another civil war 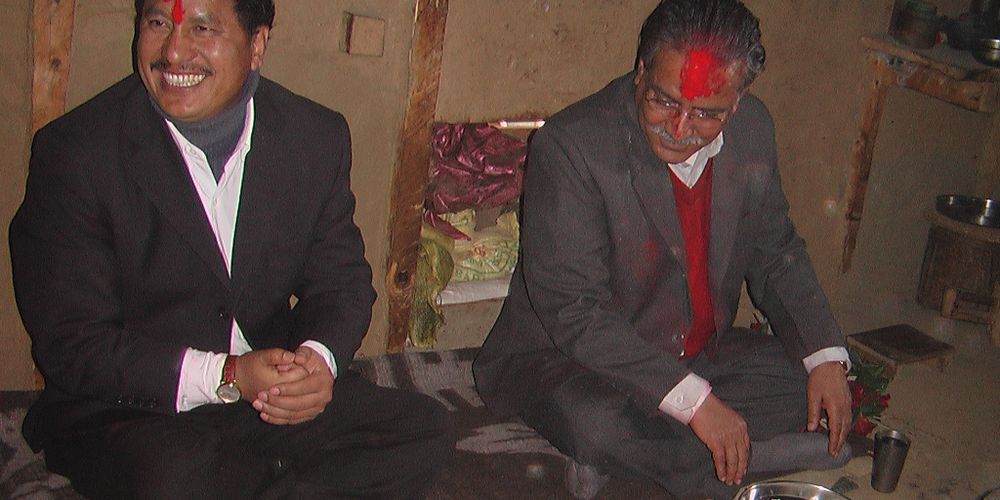 On the afternoon of May 26, Kathmandu was shaken with blasts that killed four cadres of the Nepal Communist Party headed by Netra Bikram Chand “Biplab”. Prajwal Shahi, 26, of Bajhang district died in an explosion in Ghattekulo, one and a half kilometers away from the northern gate of Singha Durbar, the country’s main administrative center. Dipen BK, 28, and Nirantar Malla of Kalikot district and Gokul Rana Magar, 32, of Dang district, died in Sukedhara, near the party’s head-quarter. Bajhang, Kalikot and Dang districts were strongholds of the erstwhile rebel Maoists.

The incidents occurred on the eve of the day the party had announced a nation-wide strike as a retaliation to the ‘murder of its cadre’ Tirtha Raj Ghimire in Bhojpur. Later, it became apparent that the improvised explosive devices went off 12 hours ahead of the scheduled time due to confusion over AM and PM while setting the timer. The cadres’ plan had been to detonate the IEDs at the Singh Durbar gate at 4:15 am on May 27, the day of the general strike called by the party.

While briefing the parliament in the aftermath of deadly blasts in the Capital city the day after the blasts, Minister Thapa categorized those killed as party cadres, not Nepali citizens. When the parliament objected to his comment, Minister Thapa elaborated that those involved in illegal and criminal activities cannot be considered “ordinary citizens.”

The series of bomb blasts at the heart of Kathmandu show the level of tension between the government and the outlawed communist party, a splinter group from the former Maoist rebels. It appears as though confrontations will escalate further in the days to come. After the events of May 26, Home Minister Ram Bahadur Thapa ‘Badal’ instructed further crackdown on the activities of his wartime comrade Biplab.

While briefing the parliament in the aftermath of deadly blasts in the Capital city the day after the blasts, Minister Thapa categorized those killed as party cadres, not Nepali citizens. When the parliament objected to his comment, Minister Thapa elaborated that those involved in illegal and criminal activities cannot be considered “ordinary citizens.”

Minister Thapa’s comment and instruction clearly shows that the government’s policy is to crush the rebels, similar to how the Sher Bahadur Deuba led government in 1996 dealt with the Maoist party, of which Thapa was a key commander. Deuba-led government first branded the Maoist party a terrorist group, which laid the groundwork for repression. Security forces launched a number of operations such as Kilo Sierra 2 and Romeo to crush the rebellion.

Many believe that those operations fanned the flames of discontent, giving rise to a decade long armed insurgency that ended with the signing of the Comprehensive Peace Agreement in 2006. About 17000 people were killed in the conflict, with thousands more injured and displaced.

The then rebel party failed to achieve its stated goal of communism (janabad) despite winning 40 percent of the seats in the first Constituent Assembly election held in 2008 and forming its own government. After the Maoist government disbanded in 2009 over the sacking of the army chief, discontent began to grow within the party, and in a matter of five years since the election win, it split into six different groups.

Thapa and Biplab deserted the Pushpa Kamal Dahal-led Maoist party in 2012, accusing it of deviating from its political ideology. Thapa returned to Dahal’s party in 2016. Since assuming office, he has adopted a rigid stance towards his former comrades. Since Biplab’s party was banned, more than 500 party cadres from across the country have been arrested, although most have been released after the courts intervened.

Minister Thapa held an emergency meeting immediately after the incident on May 26, and instructed security agencies to stay extra-vigilant and act strongly toward the ‘criminal outfit.’ It has also been learnt that the number of police personnel in the police post in Shadanand Municipality, where Ghimire died, has been doubled since the incident.

“The government, particularly in post-conflict situation, should be responsive, but this government appears reactive. Minister Thapa’s comment on death of political cadres is unbecoming of a person in his position. His arrogance exhibits utter hatred towards the adversary,” says Rajendra Singh Bhandari, former AIG of the police.

Bhadari says that the Biplab-led party has been banned through a government diktat, which is unconstitutional. He feels the band violates the constitutionally guaranteed fundamental right to form a political party.

“If we want to ban a political party, it should be legally defined as a terrorist outfit. Then, it comes under the Terrorist and Disruptive Act,” said Bhandari.

In August 2018, the government had formed a high-level political talks team led by former minister Som Prasad Pande to hold dialogue with the agitating groups. The team held discussion with seven groups. Two main parties—  Biplab led party and CK Raut led Alliance for Independent Madhesh— did not sit for dialogue. The team submitted its report to the government in December last year, recommending talks with agitating groups as a way out. Raut renounced his secessionist campaign and signed an 11-point agreement with the government to join mainstream politics in March 2019. In the same month, the government branded Biplab’s party as a ‘criminal outfit’ and banned it's all activities instead of reaching out to the party for dialogue.

By going through statements of responsible government officials, it seems like Biplab has already trained hundreds of cadres who are ready to die or to kill for the party. The party has enough strength to fight back against state repression.

“If the government is willing, it should first lift the ban on the party then invite it to the table for talks,” said Bhandari.

By going through statements of responsible government officials, it seems like Biplab has already trained hundreds of cadres who are ready to die or to kill for the party. The party has enough strength to fight back against state repression.

According to the government, “Biplab group has already announced jana parishad (people’s council) as a parallel government.” The group has prepared four army companies and some dissatisfied ex-Maoists have been offering military and bomb making training.

When inquired about growing insecurity across the country including the capital city, Home Minister Thapa himself had briefed that the Biplab group has already formed a jana parishad and has a powerful army. State-intelligence had reportedly informed the government that the Biplab group is strong enough to take action that will draw attention from the international community at any time.

The recent Kathmandu blast, according to intelligence sources, was briefed to Office of the Prime Minister by National Investigation Department. The NID, which currently works under PMO after Oli came to power last year although it was previously under the Home Ministry, had said in its report that “Biplab is going to take serious action in Kathmandu to draw the  international community’s attention.”

As both sides are reluctant to backtrack from their position, security experts and political analysts predict that another round of conflict may be inevitable if dialogue is not initiated immediately by lifting the ban on the Biplab-led party.

“There is no alternative to talks with the Biplab-led party as a way out of the political deadlock. The government must show flexibility on political issues to resolve conflict,” said Suresh Ale Magar, a member of the high-level political talks team, currently dissolved.